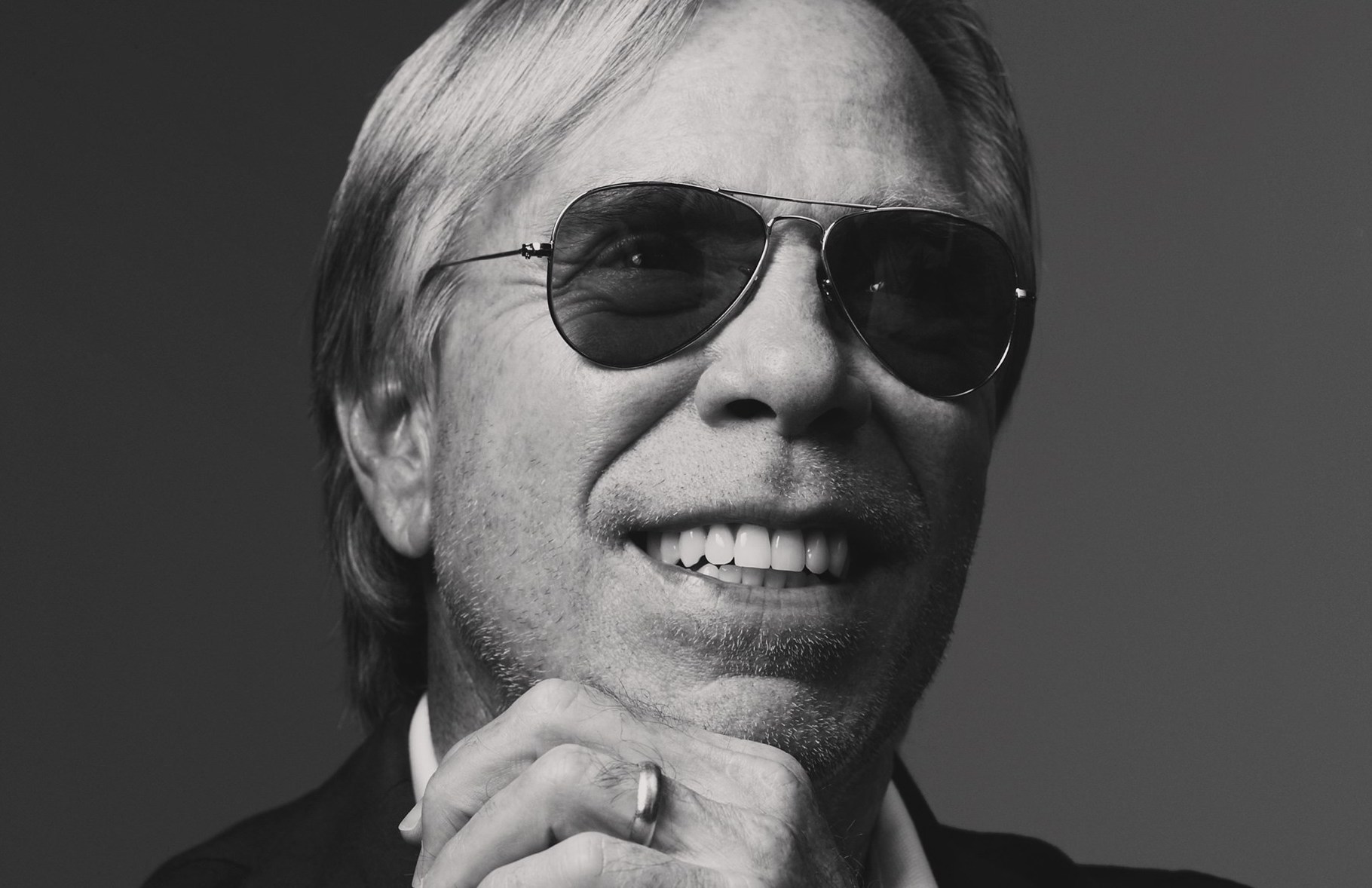 Since its launch in 1985, the US brand Tommy Hilfiger has grown internationally, becoming a worldwide symbol of the American cool lifestyle. But who is Tommy Hilfiger and how did he create his apparel empire which is now worth billions of dollars?

Thomas Jacob Hilfiger – worldwide known as Tommy Hilfiger – was born in 1951 in Elmira, upstate New York. When he was a teenager, his dream was to become a rock star, but he eventually took a completely different path. In 1969, at 18 years old, he decided to leave school to open his own business with less than $150. People’s Place – so was named his first business – was a small store selling front-man aesthetic for teens. Although outstanding for a short time, People’s Place success declined rapidly, and Tommy went bankrupt. Despite this initial failure, Tommy did not lose his hopes and decided to start all over again, relying on the connections he had gained thanks to its first business.

Around ten years later, he decided to shift from music to fashion. He moved to Manhattan and started his career in the fashion design industry. In 1985, he finally founded his brand which bears his name: Tommy Hilfiger. Initially, the young entrepreneur wanted to name his label as “Tommy Hill,” but he was later convinced to keep his real personal name. Tommy’s namesake brand was launched with a single menswear collection. Within a few years, he reached the popularity of greats such as Ralph Lauren, defining casual mainstream fashion in the United States.

In 2010, the Tommy Hilfiger Group was acquired by the PVH Corporation, one of the largest global apparel companies. Today, 31 years since its debut, Tommy Hilfiger is worth more than 6.6 billion US dollars, and encompasses numerous collections, including Hilfiger Collection, Tommy Hilfiger Tailored, Tommy Jeans, men’s and women’s sportswear, kidswear, and lines such as footwear, accessories, jewelry, and fragrances. Its distribution network spans in 100 countries and boasts more than 1,800 Tommy Hilfiger retail stores throughout five continents.

The terrific success of the American brand was possible thanks to the tenacity and perseverance of his founder. In an interview with the Daily Mail, Tommy expressed all his determination when he said: “… I never feel that I’ve made it. When someone feels that they have made it then their success is over, whereas I want to keep working, perfecting my collections, making the brand better, the stores better. You know, I want to make everything that we do today better tomorrow.”

Tommy has created his apparel empire with no qualifications nor college degrees. He acknowledges that nowadays education is a difficult topic. “I know Ivy League grads who can’t get jobs,” he says. “And I know if I had gone [to college] I probably wouldn’t be here today, and I may not have had that wish to succeed,” he added.

As any other successful brands, Tommy Hilfiger had ups and downs, sometimes registering award-winning highs, and other times concealing humiliating bankruptcy lows. There have been times when the brand’s concessions were closed due to the ubiquity of Hilfiger’s department-store. In other moments, the brand reached a global exposure as it started to be worn by popular hip-hop stars such as Snoop Dogg.

But what really contributed to the success of the brand was the ability of Tommy to continuously reinvent the classic, maintaining consistency with its original promise. Tommy was able to adapt to changes remaining loyal to its original American style features and simultaneously keeping an eye on the competition (e.g. Abercrombie & Fitch and J Crew). “We have been reinventing the classics for 25 years, but sometimes that is more difficult than creating new stuff,” he declared.

Nowadays, Mr. Hilfiger continues to be the lead designer for his brand, which is surprisingly growing even in times of a pandemic.