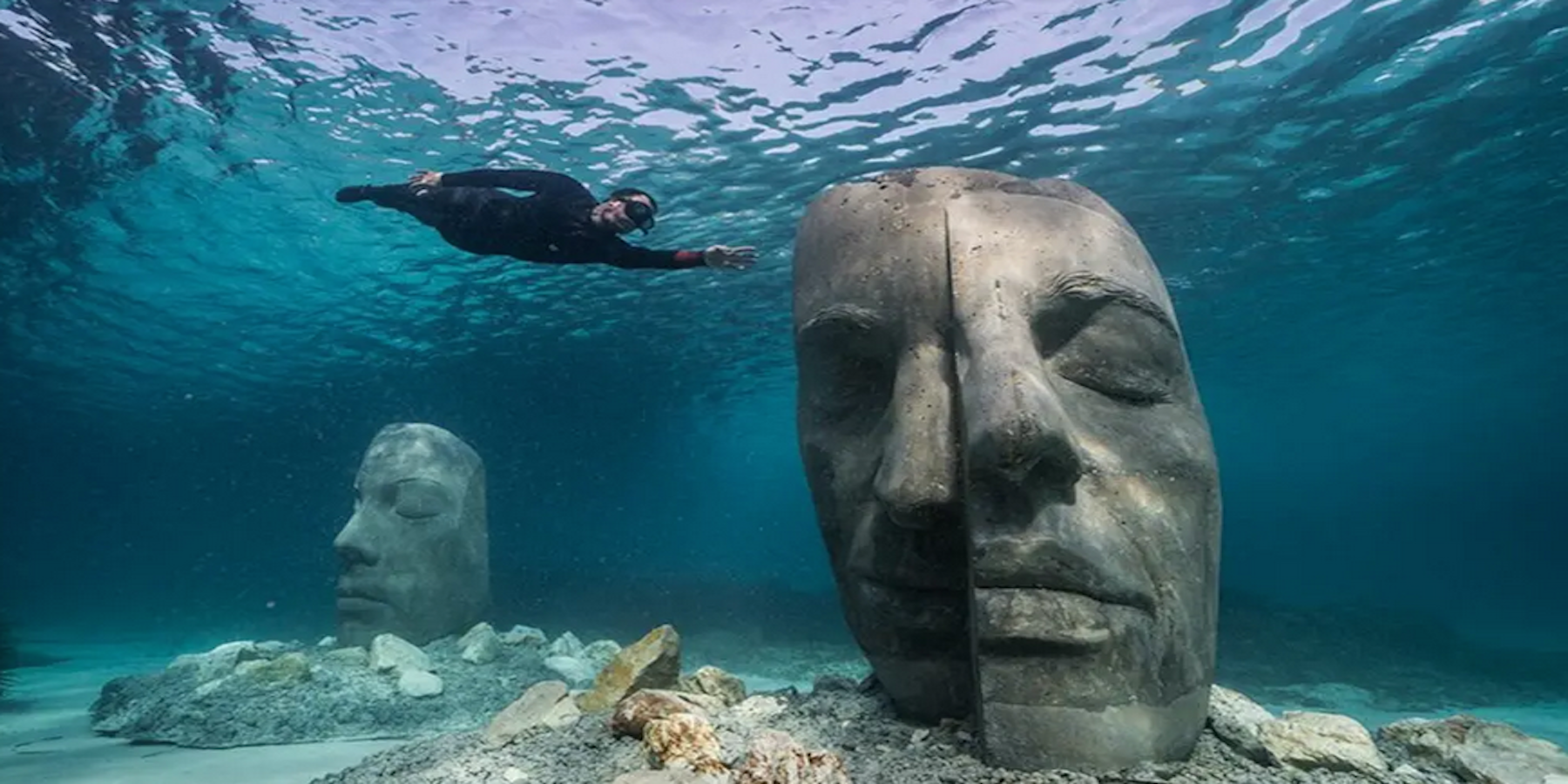 This is France’s new underwater museum

A unique museum has just opened in Cannes. Six sculptures by artist Jason deCaires Taylor make up France’s first underwater eco-museum in the Mediterranean. Submerged between three and five meters and at a distance of between 84 and 132 meters from the shore, south of the island of Sainte-Marguerite, facing the bay of Cannes, they can be accessed by snorkeling. The area is free of boats.

Placing the six sculptures (two meters high and about 10 tons each) on the seabed was no easy task. They were transported by boat and then submerged next to the island, which belongs to the Lérins archipelago, reached by ferry from Cannes in about 15 minutes.

The aim of the eco-museum is to raise awareness of the protection of the seabed in the Mediterranean. To respect the ecological character of the installation as much as possible, the sculptures are made of environmentally friendly marine material and are pH neutral, to serve as a refuge for underwater life.

The sculptures are meant to eventually form artificial reefs, and become covered with algae, seashells and corals. A part of the ecosystem. Their rough texture allows coral larvae to attach to them and thrive; their nooks and crannies will provide shelter for fish.

Responsible for the works is British artist Jason deCaires Taylor, whose work can be enjoyed in Spain at the Museo Atlántico de Lanzarote, Europe’s first underwater sculpture museum. In addition to Lanzarote, Jason has submerged his works in the Thames, the Bahamas, Cancun, Oslo and the Caribbean Grenada. However, this is Jason’s first work in the Mediterranean.

His choice began in 2018, when on the occasion of a retrospective exhibition of Jason at the Musée de la Mer, the artist set up a temporary workshop and made, together with two assistants, 45 casts of faces of Cannes residents. The six chosen were a 78-year-old fisherman, a 30-year-old freelancer, a seven-year-old girl, a 20-year-old student, a 29-year-old cultural mediator and a 54-year-old worker.

The location on the island of Sainte-Marguerite is no coincidence, as it is situated in an environment of preserved nature. According to legend, the man with the iron mask was imprisoned there, which has served the artist to give meaning to the whole project.