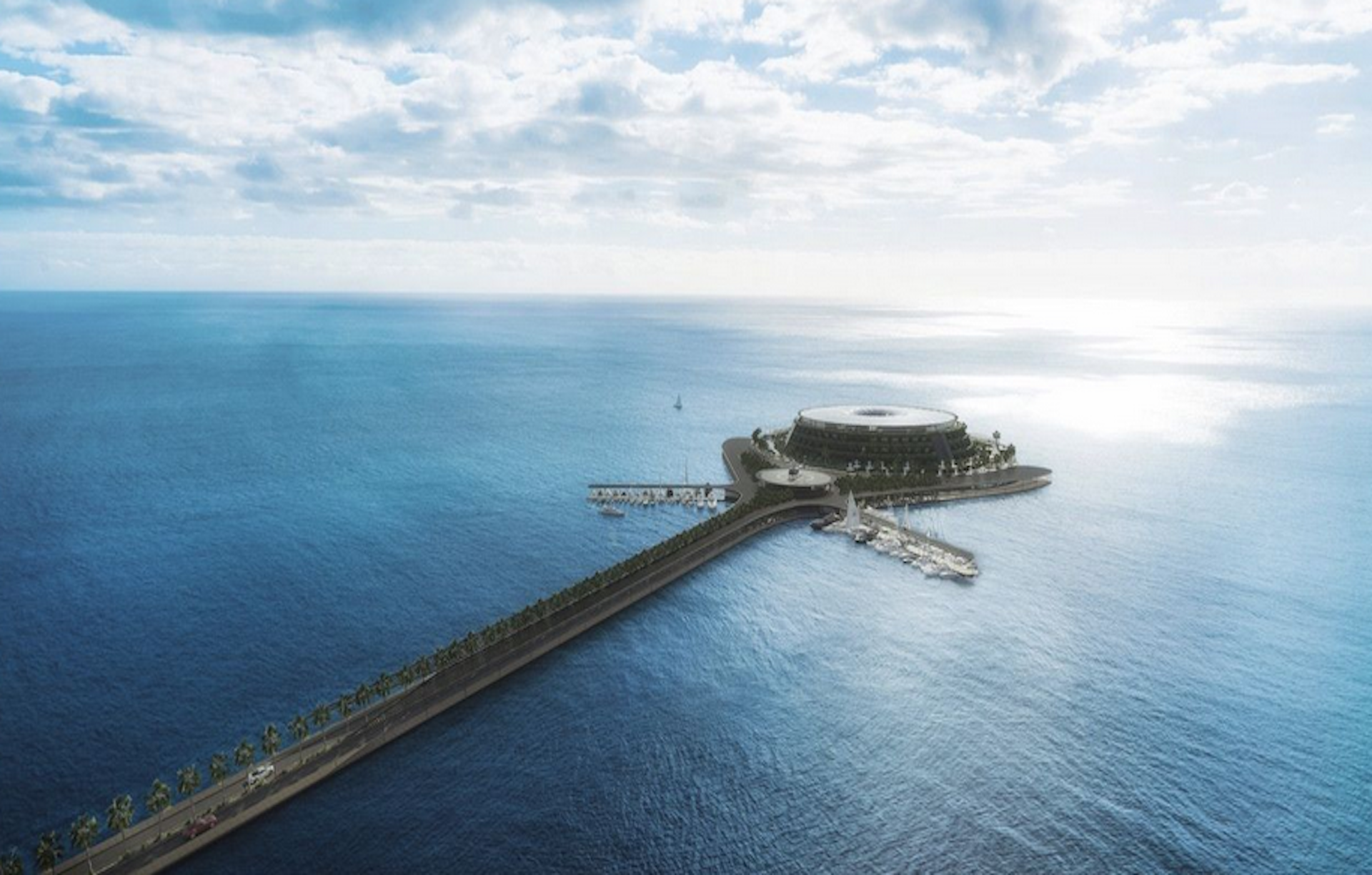 This floating luxury hotel generates its own electricity

Hotels, Where to stay, 🇶🇦Qatar
Highlight

New urban beach welcomes visitors in the heart of Brussels

These are the world’s best airports for 2021

On the 16th of March, 2021, Turkish architectural design company, Hayri Atak Architectural Design Studio, HAADS, revealed its latest vision of the rotating, eco-floating hotel to be developed in Doha, Qatar. The eco-floating hotel will have 152 rooms and is designed to decrease energy loss and reduce waste production. Built with a 24-hour rotating system, the circular-shaped attraction will generate electricity while maintaining its position through the use of a dynamic positioning system.

The eco-floating hotel is inspired by the sea with which it is associated in the first degree in terms of form and design principle. At this point, it is worth to mention that the project will work efficiently in areas where there is a continuous and certain flow.

The design studio explained that the hotel uses an energy production system called “vertical axis wind turbine and umbrella” [VAWTAU]. The vertical aspect works as a wind turbine and the horizontal plane is used as a sun umbrella. Through the system implemented in the design, the rotating hotel will be able to generate 25 KW through its 55 VAWTAU modules.

According to CNN, the concept adopts a “minimum energy loss and zero waste” strategy. The structure will utilize the water current with wind turbines and tidal power to spin on itself and convert energy into electricity. A computer-controlled system will be used to manage the hotel’s movement.

Its vortex-designed roof will also be able to collect rainwater that can be used to irrigate the green sites of the hotel, while also being able to purify sea and waste water. HAADS also revealed that it seeks to provide waste separation units to turn the hotel’s food waste into fertilizers that can be used on site.

While the location has yet to be revealed, HAADS mentioned that it aims to build it on “Qatar’s coastal waters”. Despite its off-shore location, visitors can reach the hotel either by car, boat, or helicopter.

The hotel’s design will have three different entrances to provide access from several areas of the shore through the 140-degree pier that surrounds it. The 152 rooms will have their own separate balconies through which they can access different parts of the ocean with each rotation. The design features indoor and outdoor swimming pools, a sauna, spa, gym, and mini golf course.

The project is still in the design phase but is estimated to be completed in 2025.