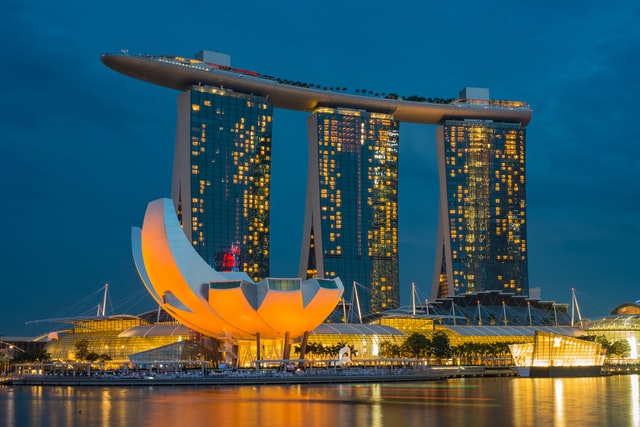 At the height of the pandemic in 2020, there was a shortage of masks, gloves and other lifesaving equipment, all of which was exacerbated by severe disruptions to the global supply chain. According to the World Economic Forum, thousands of trains loaded with life-saving equipment arrived in Europe from China, carrying with them 60,000 tons of much-needed medical equipment: around eight million masks, gloves, eye protectors and other pieces of critical hardware.

Key to this logistical feat were the city shipping hubs of the Belt and Road Initiative (BRI), which mobilized quickly and effectively to deal with the global supply chain crisis. As the world adjusts to a volatile, uncertain, complex and ambiguous future — the ‘new normal’ — it is pertinent to ask: what role could the ‘new connectivity’ of cities play in addressing future challenges? Could the digital economy alter the form and depth of city connectivity? Which BRI cities are leading the world in this effort, and what is the secret of their success?

To answer these questions, the World Economic Forum, together with Kearney and the China Center for Urban Development, created the “Six Connectivities Index.” The Index assesses and ranks all 22 cities in the BRI across six categories: policy coordination; infrastructure connectivity; unimpeded trade; financial integration; people-to-people ties; and information connection. Singapore and Shanghai took the top two spots, followed by Beijing. But Chengdu, a city without the advantage of a coast, also scored well in connectivity.

Singapore’s strong shipping capacity, sound cross-border trade and tariff policies, high openness to foreign capital, and forward-looking digital strategy mean it leads the world in the Six Connectivities. Singapore’s government began to highlight the strategic importance of information technology and its vision for a Smart Nation initiative in 1992.

Three decades later, it ranks first in Asia for its world-beating digital infrastructure. Its Smart Nation 2025 program aims to build island-wide infrastructure that would leverage data to aid the delivery of social service enhance livelihoods.

As one of the most populous cities in the world and a center of international economy, finance, trade, shipping and technology innovation, Shanghai demonstrates strong overall connectivity. China’s biggest city is now attempting to bolster its financial integration by improving foreign investment policies and building a cluster of global headquarters in the city.

It is also improving its overall financial market system and resource allocation, strengthening the trade environment and building on the city’s existing status as a center of international trade. For these reasons, the Chinese megacity claimed the number two spot in the World Economic Forum’s Six Connectivities Index.

Despite being an inland city, Chengdu has been a hub for trade and cultural exchange between China and the West for centuries — if not millennia. The most connected of any new first-tier cities in China, Chengdu now has a monumental impact on the wider BRI through the fast-developing Chengdu International Railway Port and the China–Europe Railway Express, which combined make it an important BRI hub.

In June 2021, Chengdu turbocharged its status as a global leader in connectivity when it finished construction of Chengdu Tianfu International Airport — the first in the world to seamlessly integrate high-speed trains directly into airport terminals. The airport — which is the second largest in China — now has the capacity to serve up to 90 million passengers and move two million tons of goods every year.

Increasing intercity connectivity is key to building on the existing foundations for high-quality BRI development. Cities in the BRI should integrate these five initiatives into their strategies to improve their connectivity:

There is no doubt that the world is entering a new and uncertain phase, brought on by the Covid-19 pandemic, rapid development and ground-breaking projects like the BRI. Cities in the BRI — and outside it — will undoubtedly have a fundamental role to play in leveraging the opportunities and mitigating the risks of this transition.