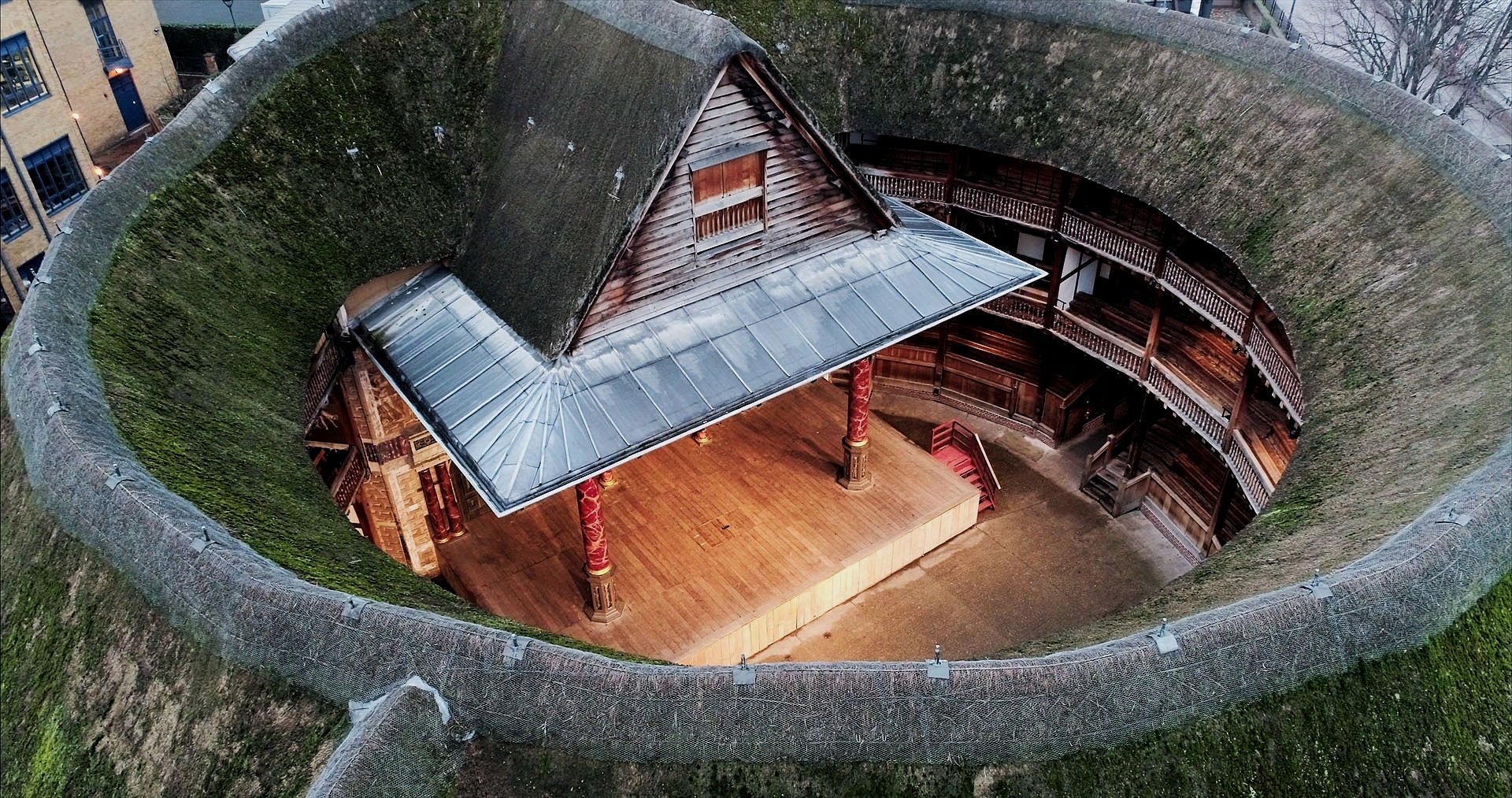 23rd April is Shakespeare’s birth and deathday. It’s almost as if he had written it himself – the ultimate English Bard was born and died on the day of St George, the patron saint of England. For the Shakespeare lover in your life, why not plan to commemorate the greatest playwright the planet has ever known?

Stratford-Upon-Avon is Shakespeare’s birthplace and where his family lived while he was away putting on plays in London. The home of the Royal Shakespeare Company, the town has built a raging tourist industry around the Bard. All Shakespeare fans should probably make the trip here at least once – and with the river Avon running through it, it’s an attractive place in its own right, where you might well bump into a well-known actor or two down the pub. And the pub you should head for? The Black Swan, or as it is also known, The Dirty Duck, where (trivial link alert) I once had a pint sitting next to Derek Jacobi.

Shakespeare’s original Globe Theatre was destroyed in 1613 when – in a health and safety nightmare – a shot from a cannon during a performance of Henry VIII ignited a fire that burned the place to the ground. It was rebuilt, only to be closed and destroyed again by the Puritan government in the mid-1600s. The theatre’s foundations were discovered under a car park in 1989, complete with nutshells discarded by hungry audiences. The discovery prompted The Globe to be reconstructed nearby and it was re-opened in 1997. Let’s hope cannons and Puritans are kept well away. And if you can’t make it to The Globe, why not make a celebratory cake (like this amazing one a friend made for me) instead?

Can any city in the world compete with the romantic credentials of Verona, with its medieval old town the setting for Romeo and Juliet’s star-crossed love affair? Shakespeare’s play about the rival Montague and Capulet families has many inspirations. Dante was the first person to write about a dispute in Verona between two families called Montecci and Cappelletti. These days the Casa de Giuletta, the Cappelletti family home since the 13th century, is a place of pilgrimage for lovers from all over the world. It boasts a balcony and a statue of Juliet whose right breast has been polished to a patina by visitors who like to feel her up. Hmm, perhaps there are more romantic destinations after all?

Poor old Macbeth. He was the rightful Lord of Moray, who defeated invading King Duncan thereby inheriting the Scottish throne. He went on to rule peacefully and mostly unopposed for 17 years. Yet Shakespeare portrayed him as the bloodthirsty and ambitious Thane of Cawdor, a merciless killer and failed monarch. If you’re in the neighbourhood of Inverness, Scotland, you won’t be far from Cawdor Castle, a beautiful 14th century fortress with woodland trails and gardens, that sadly has no historical connection to the real Macbeth. For a more authentic experience, head east to Elgin. I fell in love with this town when I was researching my novel, Sea of Bones. Elgin’s atmospheric ruined cathedral is known as the Lantern of the North. And just to the north east is the site of Macbeth’s victory over invading King Duncan.

Guarding the Oresund, a narrow stretch of water between Denmark and Sweden, sits Kronborg Castle. Its guns pointed at the water, the fortress just north of Helsingor (or Elsinore in English), was famous in the late 1500s for collecting taxes from passing ships and controlling the entrance to the Baltic. It was in this notorious spot that Shakespeare chose to set Hamlet, his adaptation of the Norse legend of Amleth, about a young Prince whose evil uncle murdered his father and married his mother. In Kronborg in 1816, on the 200th anniversary of the Bard’s death, the play was performed with a cast of soldiers from the castle garrison.

After a series of outrageous demands and failed negotiations to rival Brexit, Henry V of England invaded France in the summer of 1415 and laid a month-long siege to the town of Harfleur. His troops were ravaged by dysentery, but they held their siege of the town’s defences. Shakespeare portrays King Henry as, let’s say, searching for his leadership style. In a rousing speech, Henry urges his troops to keep going with their attempt to take Harfleur through a gap, or ‘breach’ in its walls: ‘Once more unto the breach my friends,’ he cries.

A visit to Harfleur today reveals an attractive coastal town with a historic castle on the north lip of the mouth of the river Seine as it spills into the Channel. Breach the Seine and you’ll find Honfleur on the south side of the estuary, known for a harbour that has captivated many artists.

Heading further south again, much further, into the Mediterranean, we reach Sicily, where much of the key action of A Winter’s Tale takes place. In the play, the King of Bohemia visits his childhood friend, the King of Sicily, and finds himself accused of having an affair with his friend’s wife. Tragedy strikes as a result and the rather sassy Sicilian Queen seems to collapse and die. It takes an intervention from the Oracle to set the record straight, and, in one of the strangest episodes in Shakespeare, the Queen re-appears years later as an uncannily realistic statue – which comes back to life. Sicily is ram-packed with ancient ruins of castles and imperial villas where you can wander imagining you are a visitor to the King’s court. And for the full ‘Winter’s Tale’ experience, you must visit the paleontological site Grotta San Teodoro in Acquedolci (Messina). A 13,000-year-old female skeleton was found here, perfectly preserved in clay, in the 1940s.

Shakespeare’s Cleopatra is one of his most memorable female roles, a powerful and mesmerisingly beautiful Egyptian ruler who captured the heart and mind of Rome’s Marc Anthony. Experienced and novice divers alike can make the descent into the Royal Quarter of the Eastern Harbour of Alexandria to glimpse ancient underwater relics belonging to Cleopatra’s palace. Swim among large sphinxes and red-granite columns that were sunk by an earthquake and tsunami in around the 4th century AD and astonishingly not rediscovered until the 1990s.

Founded in 1935, the Oregon Shakespeare Festival runs from February to October, offering 850 matinée and evening performances across at least three theatre spaces, including a reconstructed Globe. Nearby lakes, woodland, white water and mountain scenery offer a different type of spectacle if you tire of watching people treading the boards.

Of course, this year you probably won’t be able to travel far to pay homage to Shakespeare. So why not simply take a walk and see if you can spot a wild pansy? This delicate flower gets a famous mention in A Midsummer Night’s Dream. It grows everywhere – from grasslands to wastelands, coasts and inland. Also known as heartsease and love-in-idleness, it is the flower Oberon instructs his fairy servant Puck to find so its juices can be applied to Titania’s eyelids, making her fall in love with the next thing she sees.