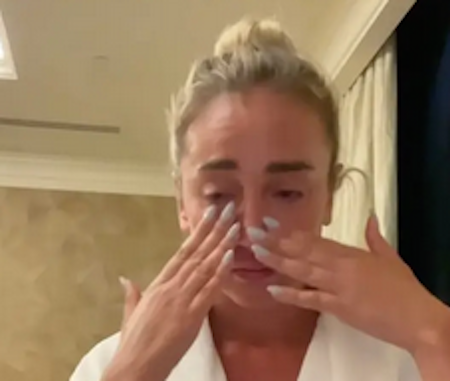 UK to lift all Covid-19 travel requirements from March 18th

Russia’s invasion of Ukraine is reaching multiple sectors. It is not only affecting the economic market, due to shortages of certain products, but also the content that can be consumed on the Internet. Vladimir Putin has recently decided to shut down certain social networks after Facebook and Instagram allowed messages of violence towards him and the Russian military.

The move came after Meta, Mark Zuckerberg’s company, noted that Russian media was “hiding information” about the conflict. The flow of information during these weeks has clearly been influenced by the government as the lower house of the Russian Parliament declared that people who distributed “fake news” or labeled the conflict as a war could face 15 years in prison.

After restricting Facebook and Twitter, Russia has decided to ban the use of Instagram (WhatsApp remains available) in the country and. Users were asked to migrate their data and photos to other permitted social networks, until Monday March 14th. Business Insider reports that the head of Instagram, Adam Mosseri, tweeted that Russia’s ban would leave 80 million people cut off from one another and “from the rest of the world.”

The information Russians citizens receive is being restricted, such as the images of the shelling of the maternity hospital in Mariupol. Some influencers have expressed what a terrible blow this is for their lifestyle.

“I’m not afraid to admit that I don’t want to lose it. I don’t know what the future holds for me. I don’t know,” declared in tears influencer Olga Buzova, with more than 23 million followers on Instagram. “I have only shared my life, my work and my soul. I didn’t do all this as a job for me, this is a part of my soul. I feel it as a big part of my heart, and my life is being taken away from me,” she went on to state, as reported by Business Insider.

European media outlet Nexta also shared the drama an unnamed Russian blogger is going through, broken with grief over this ban from her country. “Do you think for me, as an influencer on Instagram, this is a source of income? For me, it’s my whole life. It’s my soul. It’s the only thing I wake up with, I go to sleep with. Five years in a row,” she lamented.

Some influencers, afraid of losing their followers, have implored their fans to move to Telegram or the VK social-media. According to Business Insider, the Russian influencer Valeria Chekalina, who is pregnant and has 10.5 million followers, added that her upcoming content would be posted on Telegram and VK.

While messages of support have been posted, other cybernauts have reacted in a different way. They have noted that the seriousness of their concerns was not in proportion to what the people displaced by the war are experiencing. “God, in Ukraine, people are dying, children are in the subway, there is nowhere to sleep, they have lost everything, and you are crying because of Instagram,” one person commented in response to Buzova’s post.