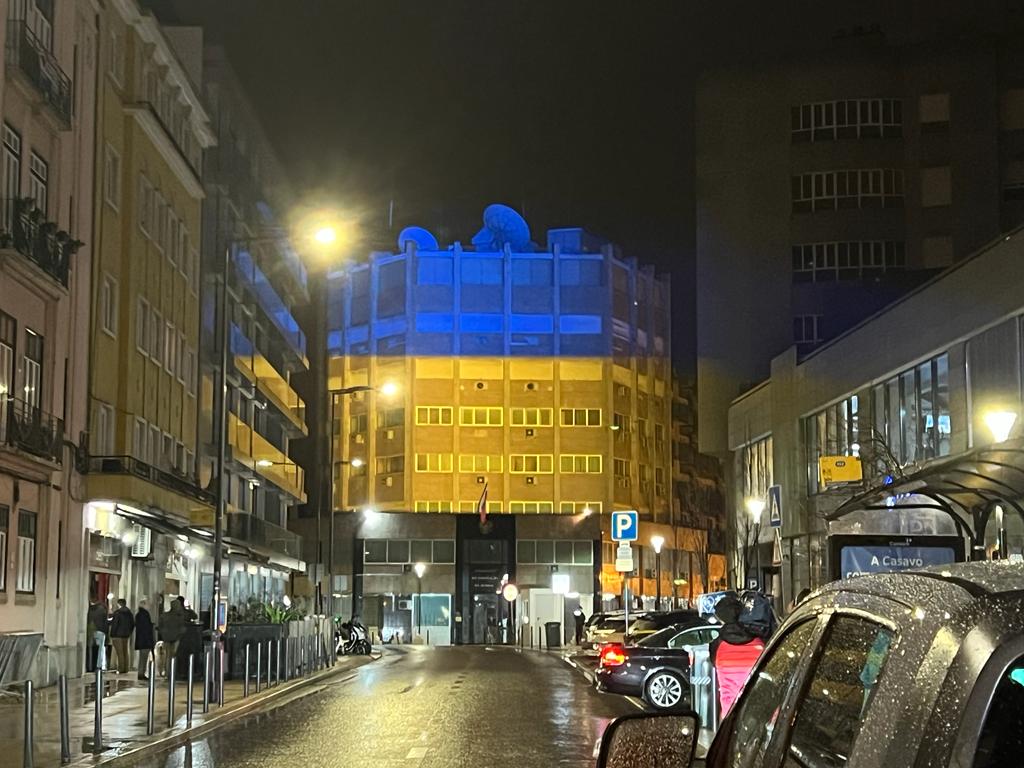 Pub in Israel changes name from ‘Putin’ to ‘Zelensky’

What’s behind the success of South Korean movies?

Following the invasion of Ukraine by Russian armed forces on the 24th of February, over two million people flee Ukraine. “Today the outflow of refugees from Ukraine reaches two million people. Two million,” tweeted the U.N. High Commissioner for Refugees Filippo Grandi. In a country of approximately 44 million people, that’s about 4.5 percent of the Ukrainian population. Most refugees have left for neighboring countries, such as Poland, Hungary, Slovakia, and Moldova.

Many countries around the world have shown their support for Ukraine by lighting important buildings and monuments with the colours of the Ukrainian flag. Portugal was no exception, with the façade of Lisbon’s and Oporto’s Town Halls joining the wave of solidarity.

Yesterday night, the facade of the Russian embassy in the Portuguese capital was illuminated with the colours of Ukraine. The unusual moment occurred shortly after 10 pm, local time, with a group of young people projecting the Ukrainian flag from a van.

Despite lasting only a few minutes, the protest was widely shared on social media, particularly Facebook and Twitter.

Russia launched a military offensive in Ukraine in the early hours of February 24 which, according to the Kyiv authorities, has already caused more than 2,000 deaths among the civilian population and more than 2 million refugees.

The Russian invasion was condemned by the international community in general, which responded by sending arms to Ukraine and strengthening economic sanctions against Moscow.