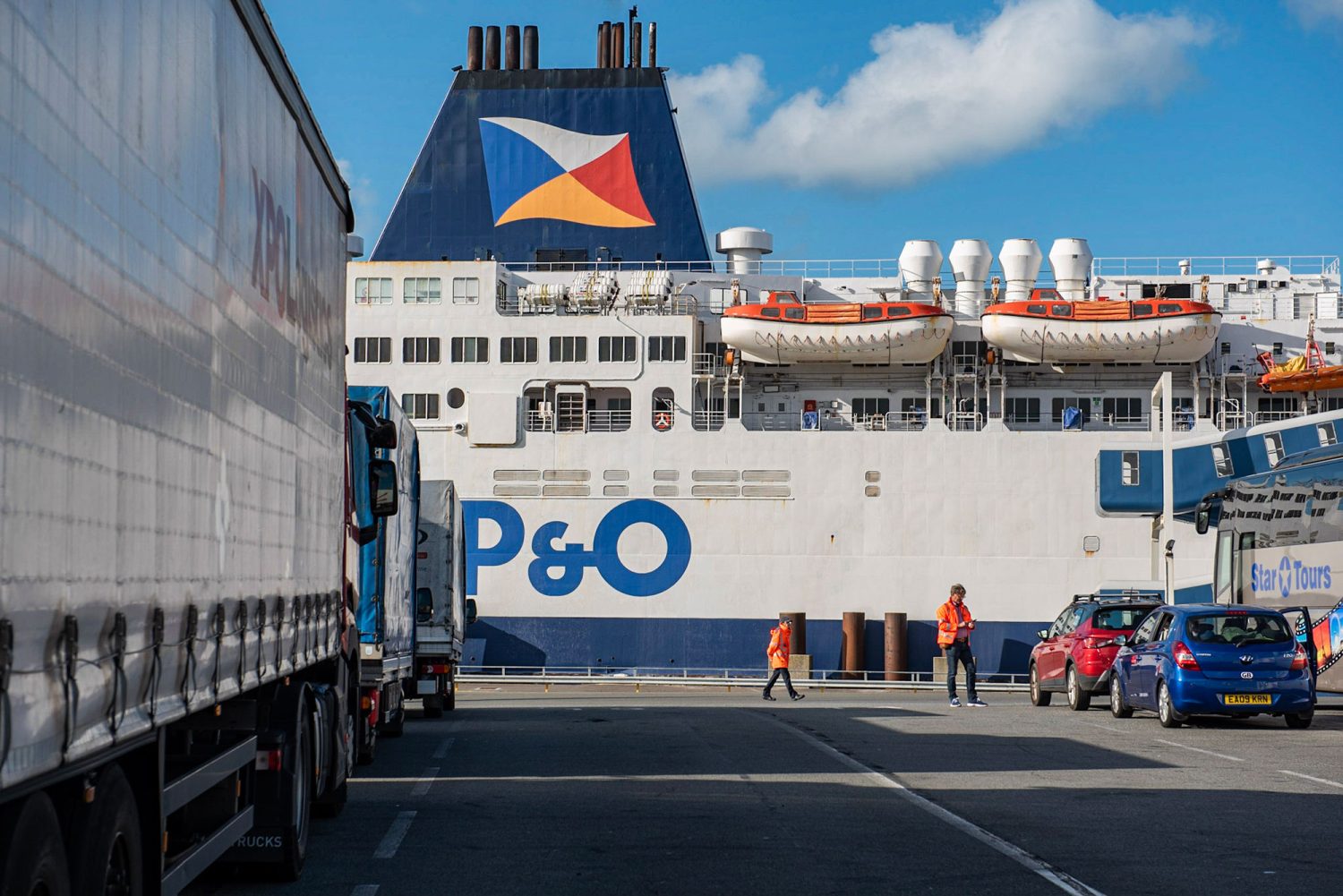 In a three-minute video call on Thursday 17th, 800 staff were told that it was their “final day of employment”. DP World, owners of P&O Ferries, have decided to crew its ships with third-party agency staff to reduce costs. Redundancy payments are available only to those who sign Non-Disclosure Agreements (NDAs). The National Union of Rail, Maritime and Transport Workers (RMT) reports that the two P&O ships on the restarted Liverpool-Dublin route have been crewed with Filipino Ratings on contracts paying a basic rate of $3.47 per hour.

In tactics not seen in British industrial relations since the 1980s, the ships were cleared by security staff. A leaked email has provided background to what happened last Thursday.  The message said a client for a “fairly high-profile task” was making redundancies in Dover and “there is a possible risk of backlash”. “The leaked message, seen by i, said: “The client we are assisting requires 16 Interforce Officers (handcuff-trained) to support their security teams in the unlikely event some of their staff become challenging.”

The RMT reports that other new staff on P&O Ferries will be paid as little as $2.38 an hour.

RMT General Secretary Mick Lynch said, “The weakness in UK employment law has not only allowed the mass dismissing of UK seafarers, it has also incentivised this barbaric behaviour because employers know there may be no effective sanction to stop them doing so and on top of that they can get away with paying below the minimum wage. … P&O may pay more than the minimum wage at first to agency staff but they will eventually move to rates below this simply because there is nothing to stop them from doing so.”

We fear poverty pay will be accompanied by seafarers being chained to 12 hour day, 7 day week contracts that operate continuously for six months with no pension

P&O Ferries uses ships registered abroad but named in ways that assert their Britishness “Spirit of Britain”, “Pride of Canterbury” and “Pride of Hull.”

It remains to be seen how travellers and freight companies will respond to P&O’s treatment of its staff. As Mick Lynch of RMT has pointed out “Anyone going from Dover to Calais and other routes will be paying into the pockets of a company that uses handcuffs to enforce video sackings and pays staff below the minimum wage and atrocious employment conditions. That’s why we are saying Don’t go with P&O and for a boycott of these services.”

P&O used to provide 14 services a day between Dover and Calais, 3 between Liverpool and Dublin and 7 across the Irish Sea. After P&O’s summary dismissal of 800 staff, these services have been cancelled, along with the overnight service from Hull to Rotterdam. P&O carries about 15% of UK freight.

DP World, the Emirati logistics giant behind P&O, runs two of the UK’s largest shipping terminals at Southampton and London Gateway. DP World was to have benefitted from £50m of taxpayer support for the development of freeports.

In the Brexit campaign, Boris Johnson gave assurances that workers’ rights would be enhanced when Britain left Europe, and in the trade and cooperation agreement with the EU, Britain committed not to reduce employment rights below the standards existing at the end of 2020. If Britain were to break the non-regression clause, the EU could retaliate.