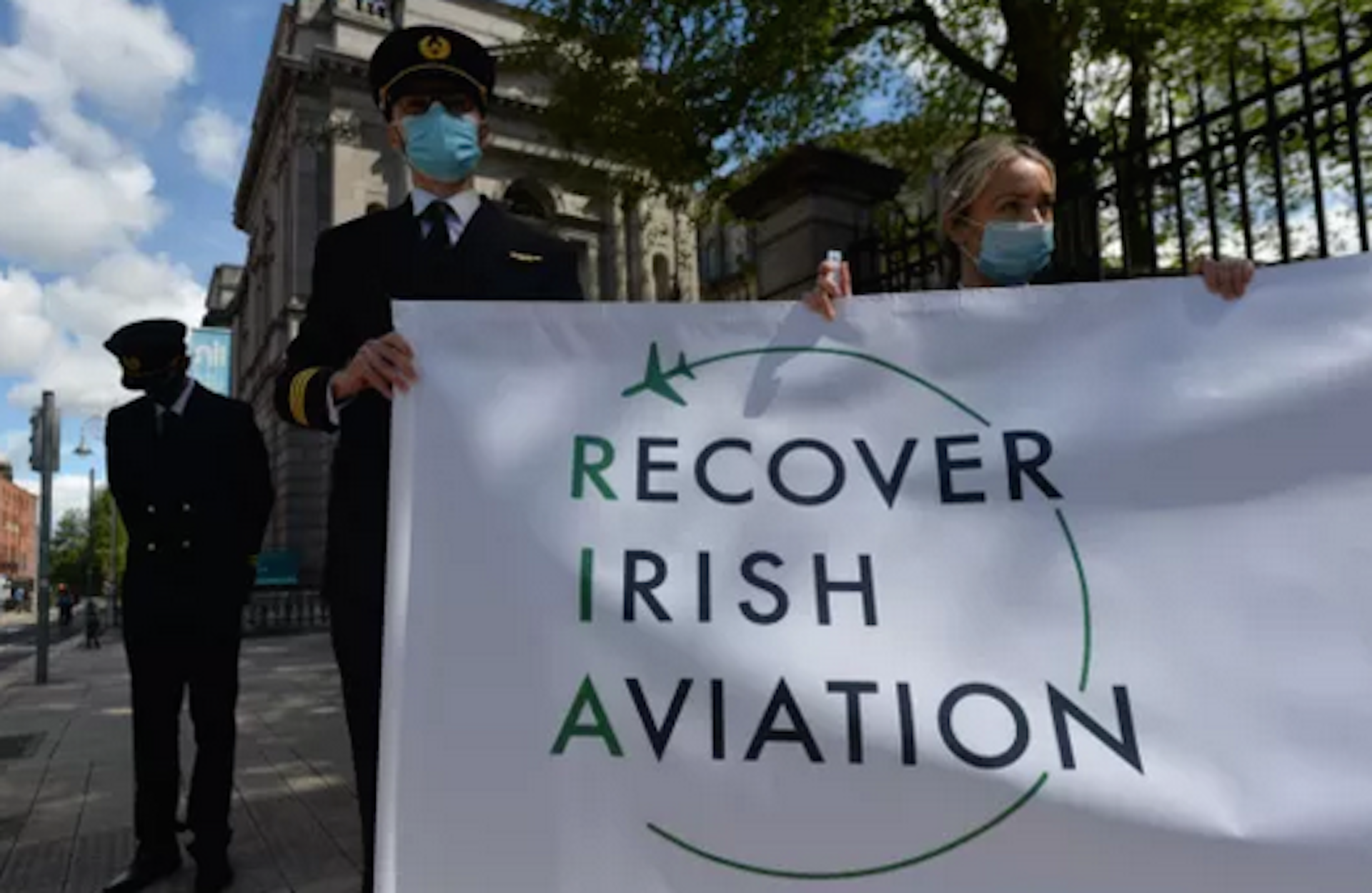 Pilots in Ireland call for the reopening of international travel

The Irish Air Line Pilots’ Association, IALPA, is urging the Government to reopen international travel, and introduce rapid antigen testing for airline passengers. On Monday May 24th, hundreds of pilots staged a demonstration outside Leinster House in Dublin over the Government’s delay on the reopening of international travel. Members of IALPA handed in a four-stage plan, outlining how the aviation sector can be safely reopened.

IALPA believes that Ireland’s air travel restrictions are not in line with the rest of the EU. All non-essential international travel is currently not allowed, and passengers from risk areas required to undertake a 14-day hotel quarantine on arrival. The association is demanding the immediate reinstatement of the Common Travel Area with the United Kingdom.

The Government is saying it wants to wait the full six weeks, but we really want to emphasize the risk of more jobs being cut. We also want every US citizen who has been vaccinated to be allowed to enter the country

The EU recently announced its Digital Green Certificate which will allow vaccinated people to travel within the EU. According to Euro News, an implementation period of up to six weeks was granted to Member States. The Irish aviation industry is worried that the government will continue to delay and thus leave them without any time to plan. IALPA Vice-President Alan Brereton has asked the government to extend the certificate to US citizens too.

IALPA, which represents more than 1,000 Irish pilots, warned that any further delay will put aviation jobs at risk. A group of pilots called Restore Irish Aviation has requested that the Government to introduce rapid antigen testing for travelers.

We believe antigen testing is safe but the Irish Government seems to think they know better. The Government can’t cherry pick EU policy and never explain why

At the moment, it’s possible travel to and from Ireland only if passengers can provide a negative RT-PCR test. IALPA is pushing for a wider rollout of antigen testing so that aviation could be restored. According to Breaking News Ireland, A report by Professor Mark Ferguson, director general of Science Foundation Ireland, found that the mass rollout of antigen testing could help reopen the aviation industry.

The country has the joint third-largest share of employment in the air transport sector in the EU, reports Euro News. Aviation in Ireland accounts for 0.4 per cent direct employees and a further 140,000 jobs supported by air travel. Aviation, on the other hand, also contributes to the nation’s carbon footprint. The drop in air travel has seen Ryanair’s carbon emissions reduced by 60 per cent.