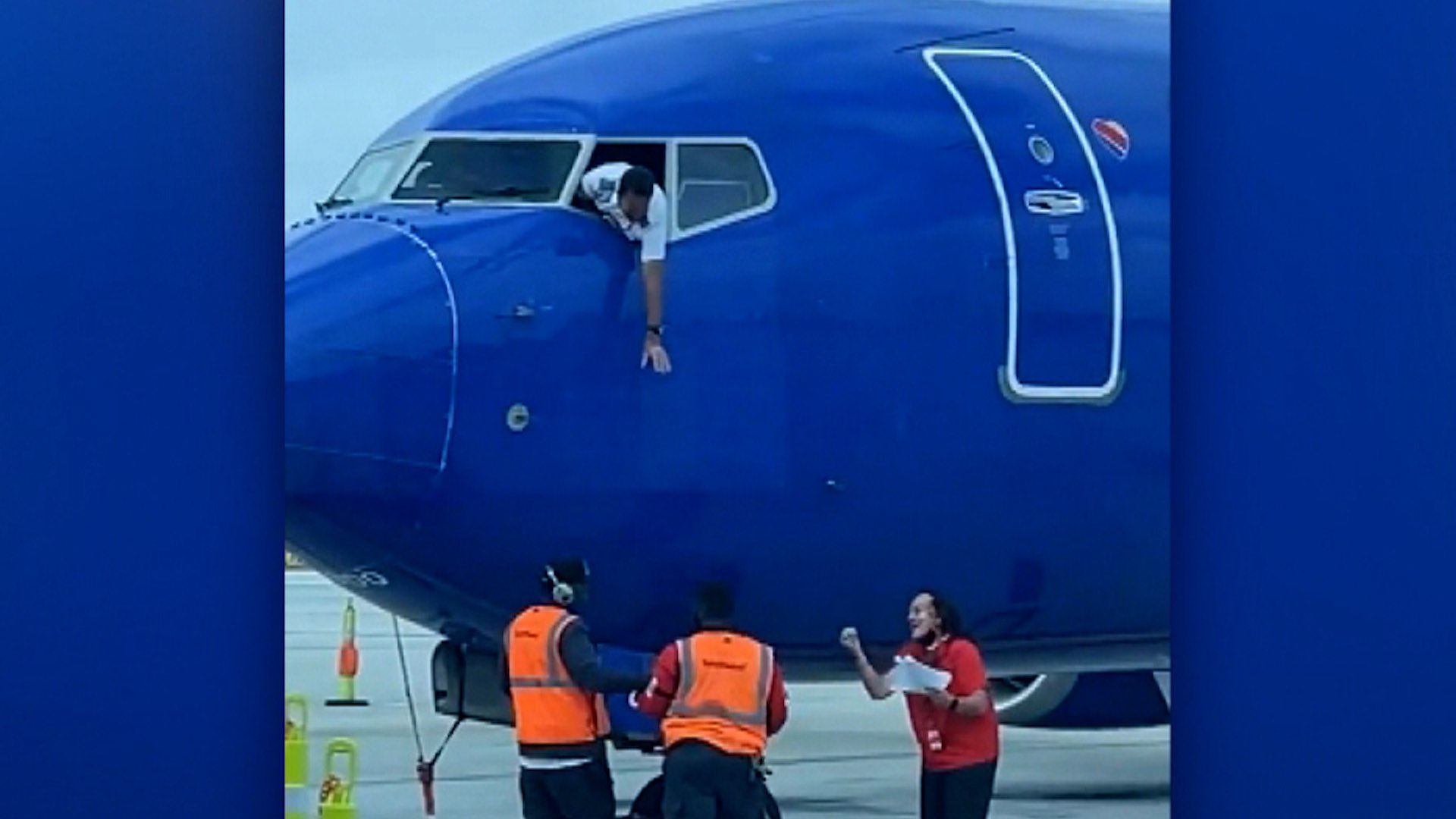 In the US, a Southwest Airlines pilot has chosen to lean out of a cockpit window after a plane had already left its gate. The extraordinary manoeuvre was all to rescue a passenger’s forgotten phone, CNN has reported.

Footage shared on 13 November by the Dallas-based air carrier showed the pilot stretching out of the cockpit towards the tarmac around 5 metres below. Meanwhile ramp agents at Long Beach Airport, Los Angeles attempted to jump up and put the phone in his hand. When one crew member failed to make the handover, another tried in his place, leaping off the runway with the phone held aloft while the pilot made a grab for the device.

When our Employees at @LGBairport noticed a Customer’s phone left behind in a gate area after a flight that was already boarded and pushed back from the gate, they didn’t hesitate. #WorldKindnessDay pic.twitter.com/cf3gJy8Nmy

According to Chris Perry, a Southwest Airlines spokesperson, the incident occurred after the phone’s owner had been chatting to another traveller in the terminal. When the owner got up to board the flight, the phone was left behind. The quick-thinking fellow flyer spotted what had happened and luckily, after their conversation, knew which flight the owner had been due to take.

Staff in the airport and on the ground realised that the plane had already boarded and pushed back. However they contacted the captain who suggested an unusual solution.

“The captain immediately suggested that the ramp agents on the ground try to jump the phone up to him so he could return it to the customer,” Perry, told CNN via email. “The rest was captured on video!”

Cockpit windows open to allow an additional evacuation route, ventilation and communication with ground staff when the plane is at a terminal.

It’s unclear when exactly the Southwest Airlines footage was taken but the release of the video was designed to coincide with World Kindness Day, an international holiday born in the late 1990s. The brainchild of a coalition of international non-governmental organisations, the annual event exists to promote kindness throughout the world. Accompanied by the hashtag #WorldKindnessDay, videos and descriptions of human compassion and friendship are shared across global social media.

Another such example from the airline industry showcased the efforts of Turkish Airlines crew members. The clip shows how the team removed seats to improve accessibility and comfort for the world’s tallest living woman, 2.1m tall Rumeysa Gelgi, as she experienced her first ever flight – a 13-hour transatlantic trip from Turkey to San Francisco in September.