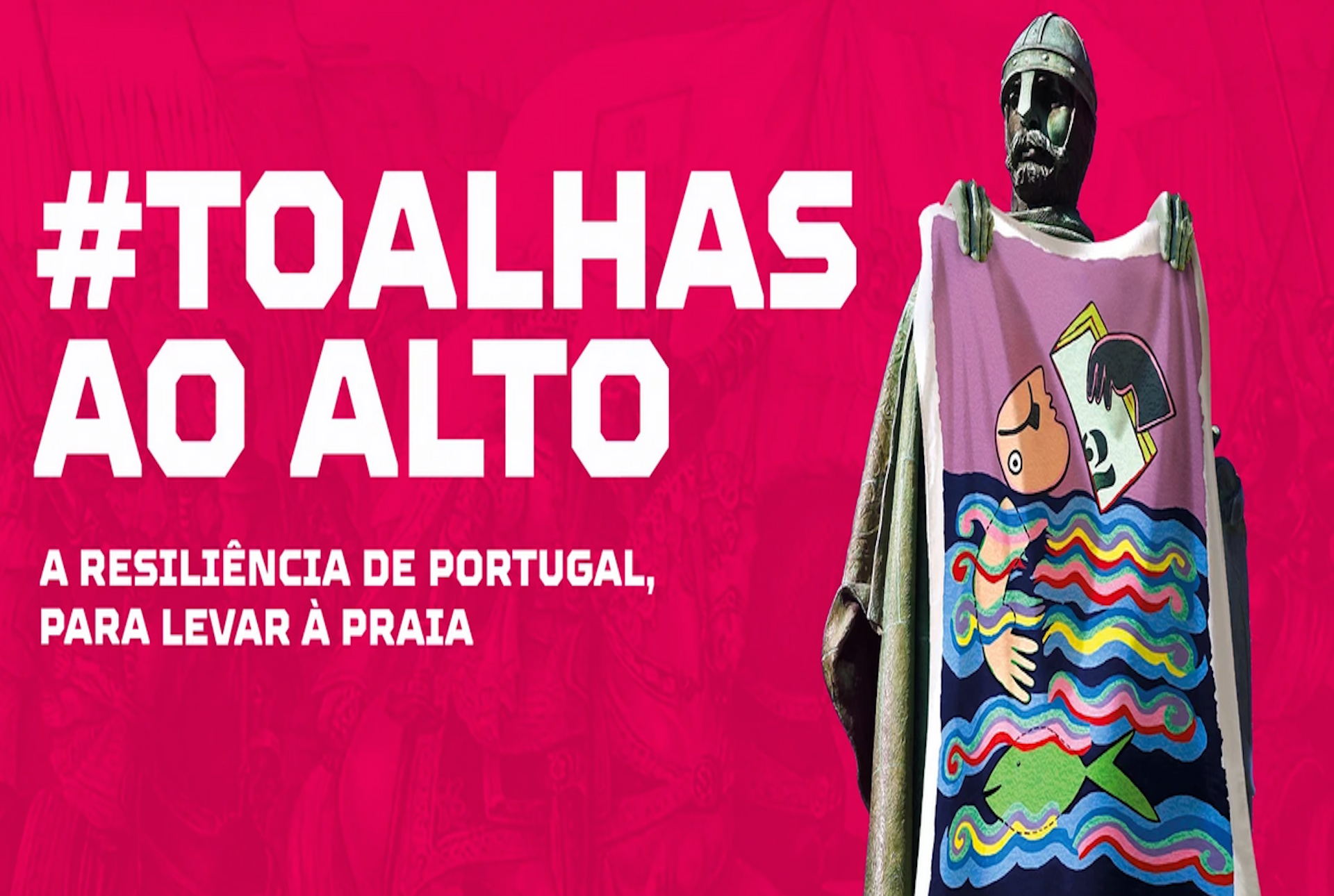 On June 24th, 1128, at the Battle of São Mamede in Guimarães, Afonso Henriques founded Portugal.

To celebrate this significant date, in a year in which a boost of moral is needed for everyone, Portugal has blended national culture and the textile industry, and launched a manifesto of resilience in the form of a beach towel. #toalhasaoalto is the new campaign aimed to boost energy and morale across society this summer.

“We cannot throw in the towel,” reads the campaign. Portugal has been a country of entrepreneurs for almost 900 years. The country could use a lot of art to win this battle.

José de Guimarães created the work “Camões salva os Lusíadas”, and so the first towel of this manifesto was born.

Portugal is a country of wonderful beaches, maritime and fluvial. Porto in the north to the center; from Lisbon to Alentejo and Algarve, from Madeira and Porto Santo to the nine incomparable islands of the Azores.

Portugal wants to celebrate the sea, the sun and the resilience that makes the country and its culture eternal. History, geography and economy, united to promote tourism in Portugal.

From towels to the top, this campaign aims to rebuild Portugal.