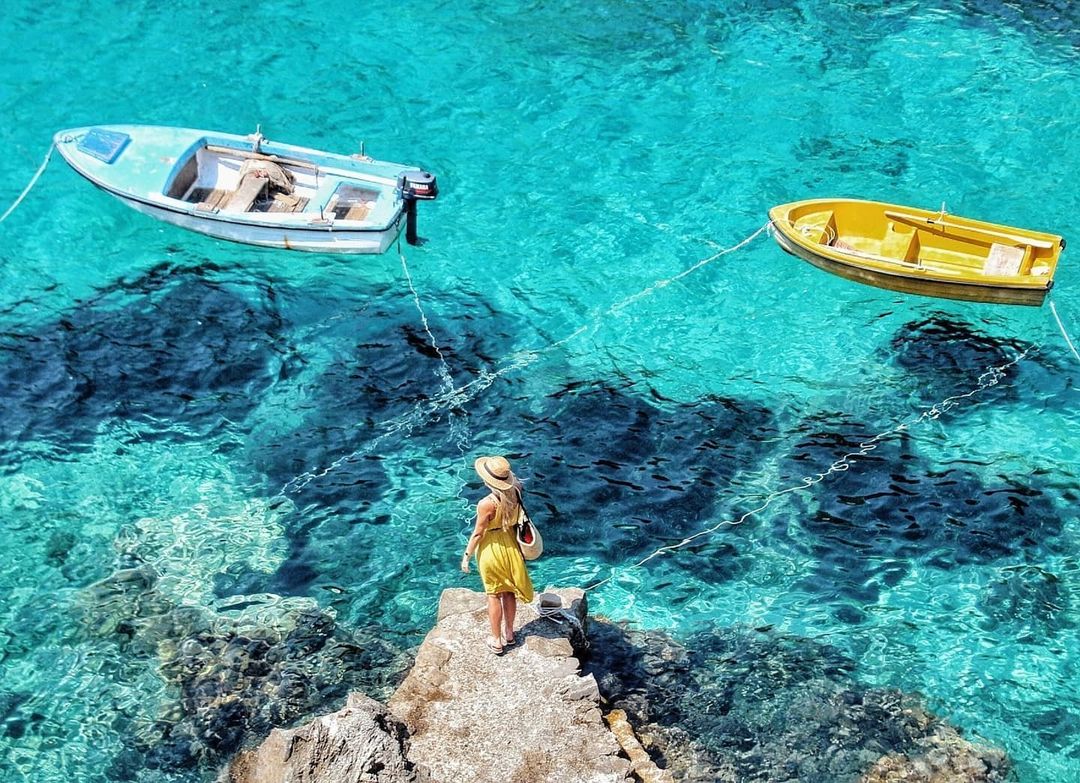 If you are looking for a vacation in pristine nature, surrounded by forests and the sea, without the hustle and bustle of the cities, just a place where you can relax and take everything slow, then the island of Mljet is the ideal place for you. Still spared by the mass tourism it is one of Croatia’s nature havens where you will have a chance to really soak in all the best nature can offer. Chosen by true nature-lovers and connoisseurs of not yet widely discovered natural gems, Mljet will truly delight all of your senses.

Located in the very south of Croatia, the island is easily reachable from world-renowned Dubrovnik and Split or the Pelješac peninsula and also well connected with islands such as Hvar, Korčula and Brač. Once there, if you didn’t get come by car and ferry, although there are no local buses, you can easily get around by taxi or rent a car or (electric) bike, depending on your preferences. One thing is sure – you will definitely want to roam around this gorgeous island and discover the incredible places it has to offer.

The island of Mljet is not just an ordinary island, it is one of the most beautiful ones among over 1000 islands in Croatia and, due to the interesting geology, flora and fauna, most of the island is actually a National Park. Mljet is heavily forested which gives it a special allure. Actually, it is the most forested island in Croatia – around 70 % of the island is under forest and in the National Park even over 90% which gives it the nickname of the Croatia’s ‘Green island’.

The National Park is extremely interesting – here not only you have beautiful forest to walk and bike through but also two very special lakes – Veliko and Malo Jezero (Large and Small Lake) which are actually natural saltwater lakes connected with a narrow canal. The temperature of the lakes is always approximately 2 Celsius higher than that of the sea. In the middle of the Large Lake there is the beautiful island of St. Mary with the building of the former Benedictine monastery. The islet is connected by boats sailing from both sides of the lake and this short trip is not something you would want to miss.

One of the most beautiful places on Mljet is certainly the Odysseus cave. According to the legend, the island was dominated by the nymph Calypso – Odysseus was charmed by her which led to a shipwreck and him having to seek shelter in the cave for seven years before the Gods released him. Though often this legend is attributed to Malta, the local residents of Mljet believe that their island is the ancient Ogigija as Homer described vineyards and olive trees being next to the shipwreck which is actually true in the case of Mljet. Anyhow, the visit to the Odysseus cave is an absolute must. The egg-shaped cave has a very small entrance and can therefore be reached only on foot or by a small boat. Be careful when going on foot though and make sure that you have proper footwear – the path to the cave is very steep and flip-flops are not recommended.

Going around Mljet you will discover the most amazing views of Mljet bays, archipelago and the Adriatic Sea. Among the many gorgeous beaches and bays that you will have the privilege of enjoying, one that will take your breath away is for sure the Saplunara beach. Located at the southeastern tip of the island, this sandy beach is excellent for some fun with family and friends with a couple of restaurants to enjoy local delicacies when tired from the sun and the sea. Everything you experience on Mljet will be memorable and exquisite, as the island is some kind of a parallel universe of pure happiness and joy – enough to make you long for it and hopefully return to it each summer.