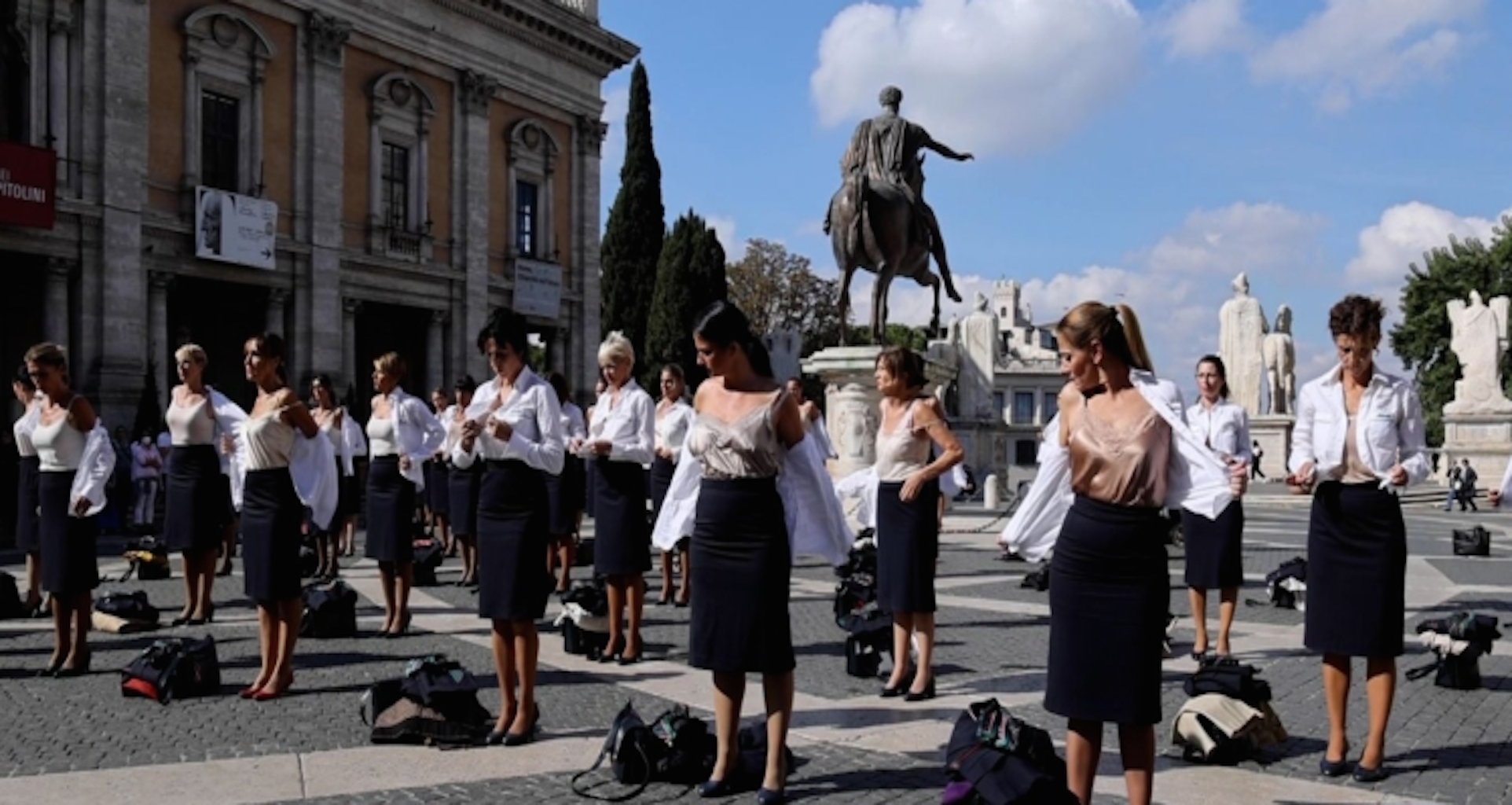 Alitalia had to be reorganized financially due to the effects of the pandemic and now, a new airline in Italy, ITA Airways, has emerged. In just a few days of activity, tensions have arisen between workers and former employees. On Friday, October 22nd, there was a protest in Rome of flight attendants who ended up taking off their uniforms.

According to CNN, 50 former flight attendants protested in Campidoglio square. They showed up in their Alitalia uniforms which they removed to remain only in their nightgowns. They shouted “We are Alitalia.” From the restructuring that had to be done, a high number of people was left without a job.

Those who remained with ITA Airways are not pleased with the conditions of their contracts. There were pay cuts, loss of seniority, and information at short notice about where they have to travel to. For all these reasons, there has been a threat of a national strike.

According to CNN, ITA President Alfredo Altavilla has defined those threats of strike as “a thing of national shame.” Altavilla has stated that airline staff agreed to the current working conditions. “Bargaining over contracts is more than finished. They are all on board, and they have signed the contract that we sent them,” Altavilla told Italian newspaper Il Fatto Quotidiano.

Of the more than 10,500 Alitalia workers, only 2,800 remained employed at ITA Airways. Fifty-two of the 110 planes were kept on, which got a new paint job. The uniforms will also be different.