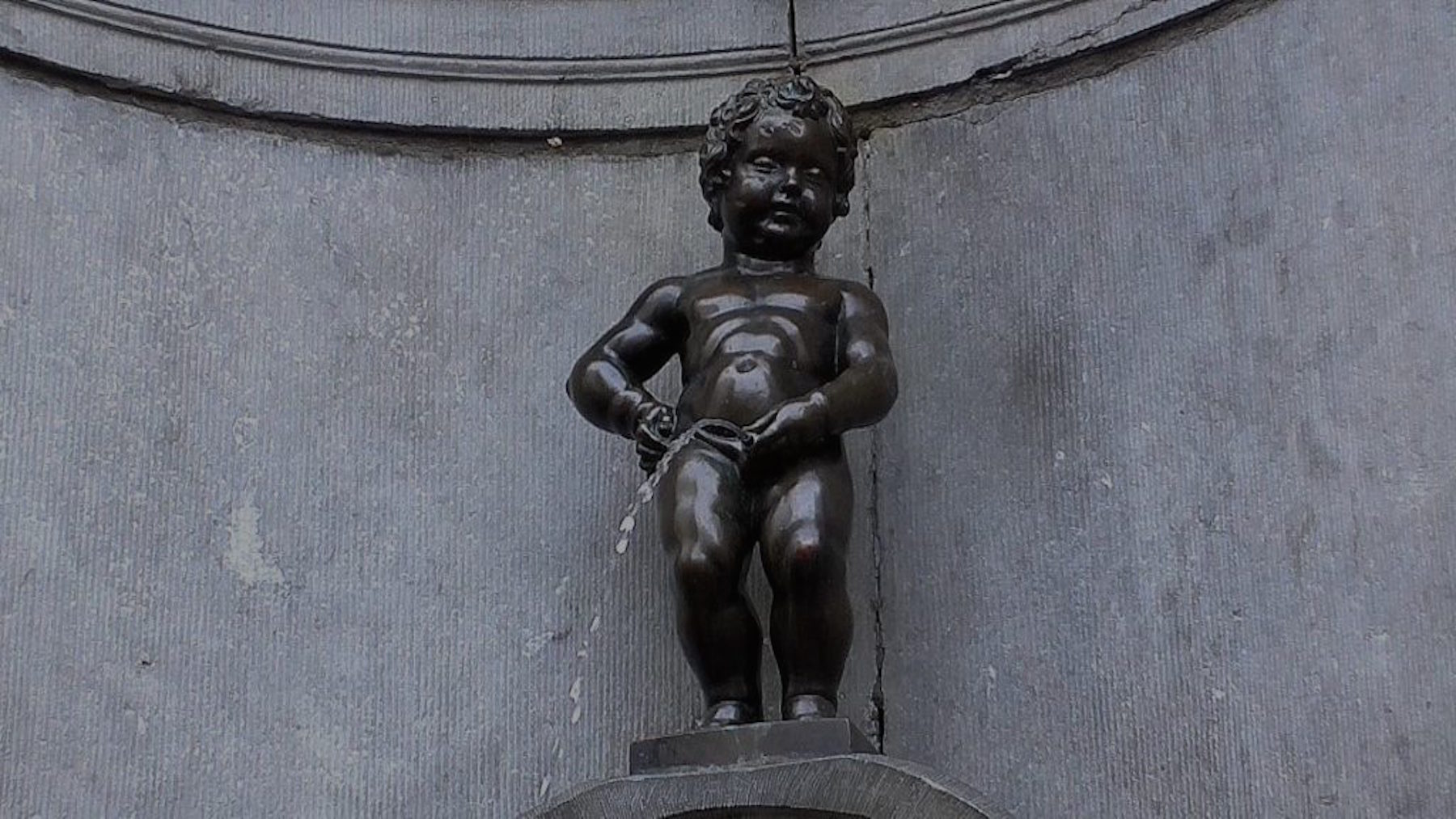 From 16 October 2019 to 15 May 2020, the City of Brussels celebrated the 400th anniversary of Manneken-Pis. Already in the 15th century, Manneken-Pis played an essential role in the drinking-water supply in Brussels. At the end of 1619, the authorities in Brussels ordered a new version of the statue from the sculptor Hieronymus Duquesnoy for the renovation of the fountain: the column, the basin and the statue were then replaced.

The current official dresser of the Manneken-Pis is a man called Nicolas Edelman. He is the 13th dresser since records began to be kept in the 18th century. An act was signed in 1755 and thus the City of Brussels officially appoints a specialized person who has the authority to dress the famous statue.

Every year, Brussels City’s cultural department draws up an official calendar marking about 130 occasions for dressing the statue. The official dresser must implement this calendar. Costumes are donated by individuals, groups, associations, and even countries. But they must first be approved by city officials based on certain pre-established requirements. The material used must be of good quality and the statue must not be used for political, commercial, and religious purposes.

It’s the official dresser’s job to make sure that costume donors comply with specific instructions for designing a costume. Days before the dressing ceremony, the dresser tries the costume on a replica of the Manneken-Pis, as there are specific challenges linked to this task: the Manneken-Pis has his arms fixed to his waist, his feet attached to a base, and his back has a tube through which the water flows. Some workarounds are needed to be learned.

Since 1945, a pattern has been used to make a new sewing pattern. It includes instructions on the materials to use and the pitfalls to avoid; donors can contact the official seamstress or choose a seamstress of their choice but, above all, they must respect the rules. If the costume fits well on the replica, the dresser will bring it to the statue located on Rue de l’Étuve on the chosen day.

All costumes worn by the statue are automatically added to the wardrobe collection of the Manneken-Pis at the end of the day. Most of them are kept in the Brussels City museum while some are displayed at the GardeRobe Manneken-Pis gallery located on Rue de Chêne.

To date, the young boy has more than one thousand costumes in record. There is no term limit for official dressers of the Manneken-Pis. Some of them have remained on the job for decades.

In the past, the Brussels authorities or the governors general donated outfits for particular festivities. Back then, only a few outfits were in the collection. Following the First World War, many donors came forward with an outfit, including veterans’ associations. Between 1919 and 1940, Manneken-Pis received one new outfit each year.

After World War II, the boy‘s wardrobe grew on average by five to fifteen outfits per year. And by the 1980s, the number of costumes rose to twenty-five. Today, around 20 to 30 new outfits are added on an annual basis. These outfits are an integral part of the heritage of the City of Brussels. Each item is inventoried and preserved like a work of art.

After the official presentation and an initial dressing at the fountain, the new outfit is presented to the GardeRobe Manneken-Pis. It remains on display until the next new outfit arrives.