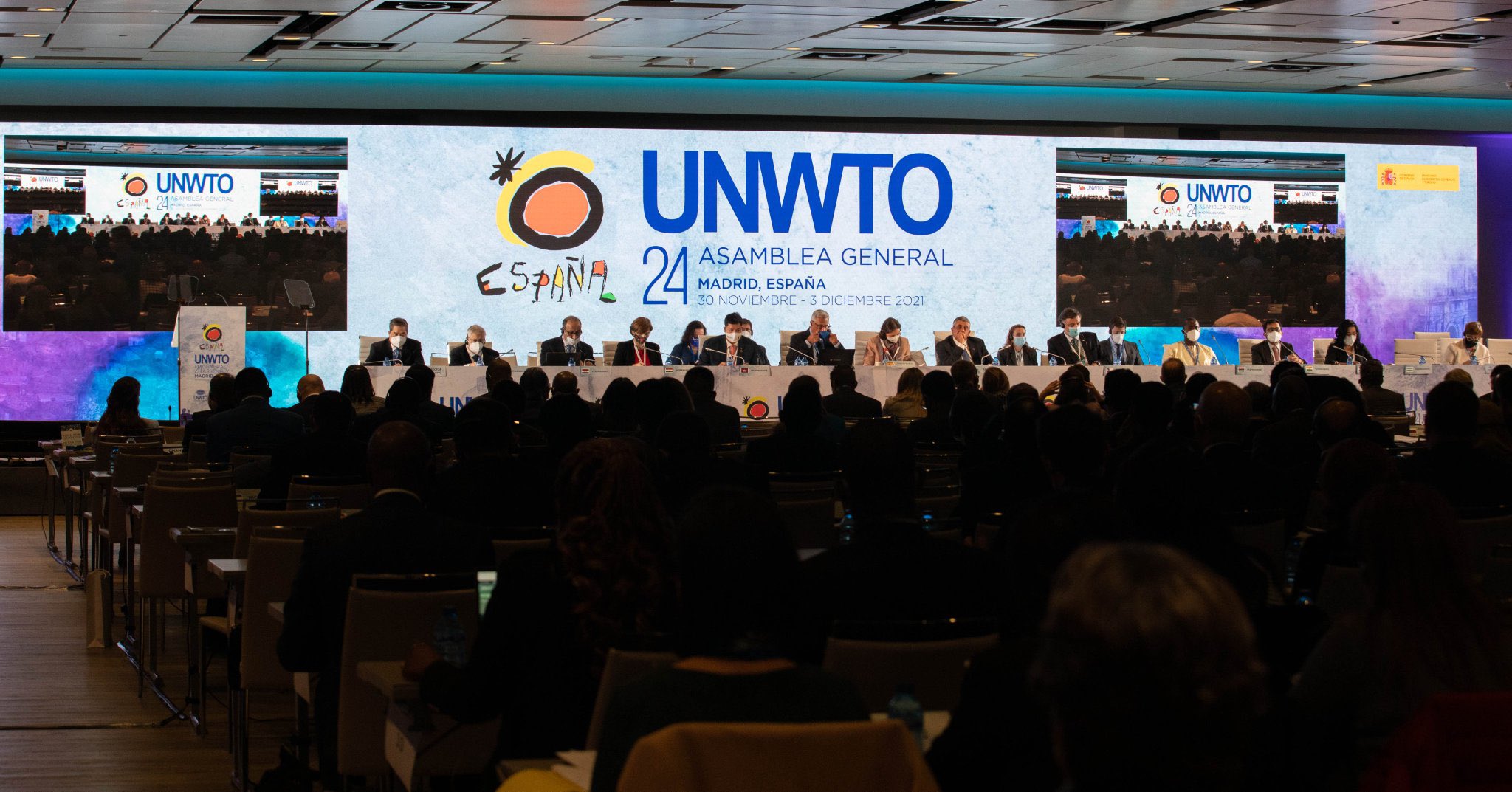 The Member States of the World Tourism Organization (UNWTO) have strongly aligned themselves behind its leadership and vision for the sector. Coming together for the 24th General Assembly in Madrid, Spain, Members from every global region approved the Organization’s Programme of Work and endorsed key initiatives designed to build a more a resilient, inclusive and sustainable tourism.

The General Assembly has brought together more than 1,000 delegates from 135 countries, including 84 Ministers of Tourism as well as business leaders, destinations and representatives of key international organizations. Opening the General Assembly, UNWTO Secretary-General Zurab Pololikashvili cited the spirit of solidarity and determination that has defined tourism’s response to an unprecedented crisis. In presenting his Report to Members, he made clear how a focus on collaboration and harmonization of protocols, political advocacy and securing financial support for tourism, have help the sector mitigate the impacts of the pandemic and laid the foundations for tourism’s restart in many parts of the country.

In every global region, the pandemic has made clear the importance of our sector – for economic growth, for jobs and trade, and for protecting natural and cultural heritage. We must make the most of this opportunity – to transform goodwill into concrete support.

Emphasizing the significance of the General Assembly, as well as UNWTO’s elevated stature within the global agenda, United Nations Secretary-General Antonio Guterres welcomed delegates and called for them to work together for a “green, inclusive, sustainable” future. Mr Guterres added: “I commend UNWTO and Secretary-General Pololikashvili and hope the decisions taken at the General Assembly will help restore trust in travel and get the world moving safely do developing economies can reap the benefits of sustainable tourism.”

Alongside receiving an updated on UNWTO’s activities since the last General Assembly two years ago, Members also benefited from a comprehensive overview of the latest tourism trends, as indicated by UNWTO’s latest data, as well as an updated overview of restrictions on travel worldwide. From the floor of the Assembly, Members from different global regions expressed their solidarity with countries impacted by the continued imposition of travel restrictions. Also in Madrid, Member States voted in person to approve the UNWTO Executive Council’s nomination of Mr Pololikashvili to serve as Secretary-General for a second term. On the back of the strongly favorable vote, Mr Pololikashvili will lead UNWTO from 2022 to 2025.

Competing with Portugal, Uzbekistan was the chosen destination to host the 25th UNWTO General Assembly in 2023. This event will take place in Samarkand.