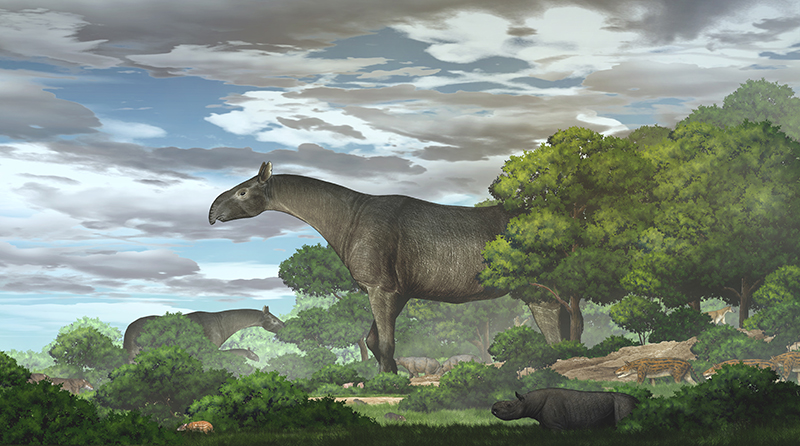 Exploring the Citadel of Namur

Researchers in north-western China have discovered the fossils of a new species of the ancient giant rhino which is among the largest mammals ever to walk the Earth.

The findings were concluded from fossils of the Paraceratherium linxiaense discovered near the Wangjiachuan village, Gansu Province in 2015, and researchers say the creature lived some 26.5 million years ago. It apparently weighed 21 tonnes, the same as four large African elephants, and its hornless head could also reach 7m up in order to graze treetops, making it taller than a giraffe.

According to a study published in Communications Biology journal, scientists said that analysis of the fossils pointed to an entirely new species, different to other giant rhinos already known about today. The study, led by Dr Deng Tao of the Institute of Vertebrate Paleontology and Paleoanthropology in Beijing, reported a completely preserved skull and jawbone suggesting that the animal possessed a slender skull, and a prehensile nose trunk similar to that of the modern tapir.

2. An insight into the environment

The scientists also discovered that the new species was closely related to giant rhinos once inhabiting Pakistan, giving them reason to believe it had travelled across Central Asia. If the creature roamed freely between north-west China and the Indian-Pakistani subcontinent, this would suggest that the Tibetan Plateau would have likely had some low-lying areas at the time. In a news release Professor Deng said, “Tropical conditions allowed the giant rhino to return northward to Central Asia, implying that the Tibetan region was still not uplifted as a high-elevation plateau.”