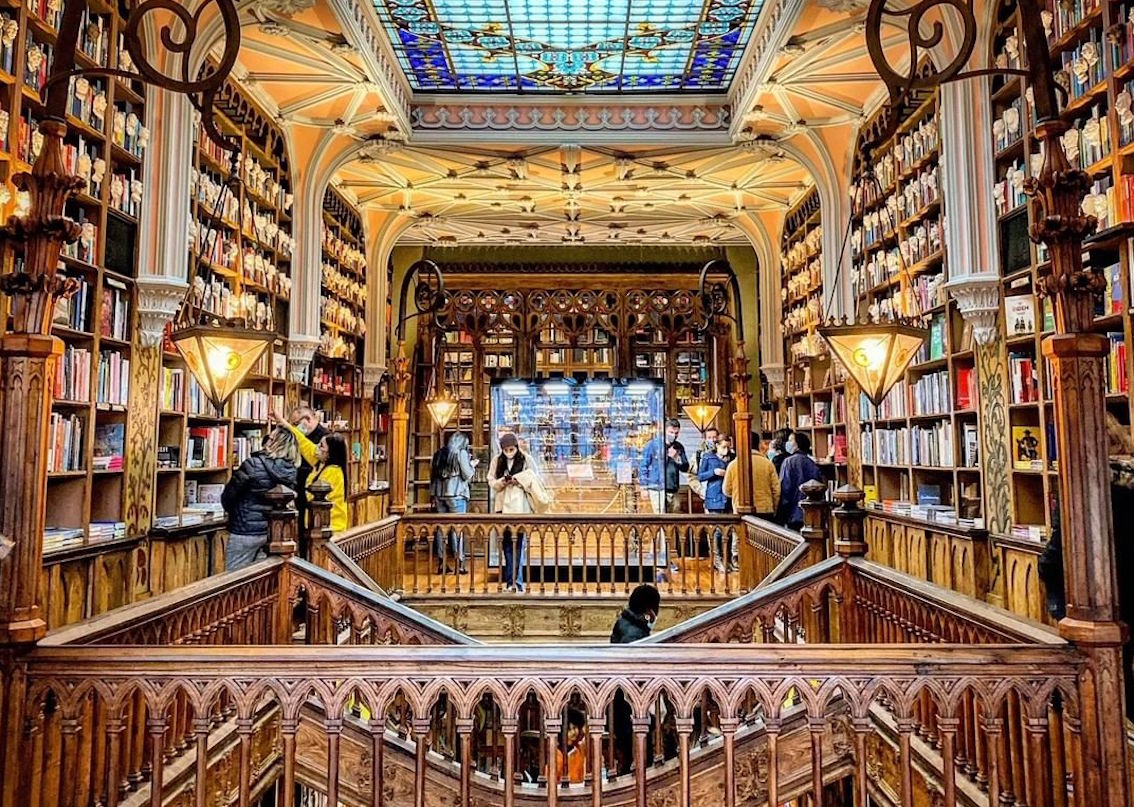 The 20 Best European Destinations to visit in 2021

Viking River Cruises Helgrim ship takes travellers along Portugal’s River of Gold, the Douro, exploring the many beautiful sights of the country by boat. However, in addition to visiting fascinating museums, beautiful cities, centuries‐old castles and cathedrals and stunning vineyards and farms, there is also another theme that accompanies the sights on this journey. The Helgrim cruise encompasses several real‐life locations from the popular book and film series, Harry Potter, as author J.K. Rowling herself was greatly inspired by her time living and teaching in Portugal. With several places along the journey which bear a remarkable resemblance to the world of Harry Potter, the cruise is certainly any Potterheads dream trip! So here are a few places to look out for.

Coimbra is one of the country’s oldest cities and is home to Coimbra University, a beautiful medieval‐era university which dates back to 1290. The institution has some unique academic traditions and festivities, one of which being that each faculty at the university has an official colour, used in the seal and other symbols. Walking around the university, it is easy to spot the similarity between Coimbra students and Hogwarts, where young witches and wizards follow a strict dress code: white button‐down shirt, a tie with their house colours, a jumper, dark trousers or skirt and a full‐length cape. Their uniforms are near-identical.

The Majestic Café opened in 1921 and features stunning curved wooden frames and mirrored walls in true belle époque style. It is said that while living in Porto, Rowling often came here to note down ideas, and there is even a rumour that it was here that she completed the first three chapters of the first book, ‘Harry Potter and the Philosopher’s Stone’. Nowadays however, this is a busy café with quite heavily priced food and drink.

4. Livraria Lello and the Moving Staircase

Livraria Lello is an Art Nouveau bookstore in Porto which is considered by many to be the most beautiful in the world. A popular tourist spot, it was designed by Xavier Esteves in 1906 and the neo‐Gothic building houses an incredible 100,000 books. These are stacked from floor to ceiling and surrounded by stained glass, ornate carved wood shelves and an incredible staircase. Although the Hogwarts’s stairs are straight, it is said they they are in fact inspired by the curved ones at Lello. Many Potterheads believe that this bookshop also inspired Flourish and Blotts, the shop where Hogwarts students purchase their schoolbooks.

The Escoveria de Belomonte, or Brush of Belmonte in English, is a shop in Porto which sells handcrafted brooms made using high quality woods and natural fibres. Interestingly, the brushes look every bit as rustic as those owned by the characters of Harry Potter. Many Potterheads also believe that this broom shop inspired the shops on Diagon Alley.

Throughout the Harry Potter books, Rowling uses intricate details taken from iconic real‐world pieces of architecture, and it is possible that one of these is the Lion’s Square in Porto. A popular meeting spot for students during the academic year, the fountain features four seated winged lions with water spewing out of their mouths, and looks rather like the Gryffindor house mascot, a lion. Although there is no official connection, it does look pretty likely to have inspired it.

In Portugal, between the years of 1932 and 1968, Antonio de Oliveira Salazar led a cruel dictatorship, using censorship and a secret police to crush any opposition in the country. In 2017, Rowling actually confirmed on Twitter that she named Salazar Slytherin, the power‐hungry wizard and namesake of the evil Slytherin house, after the notorious ruler, using the Portugal’s history, as well as it’s buildings, to inspire her successful creation.