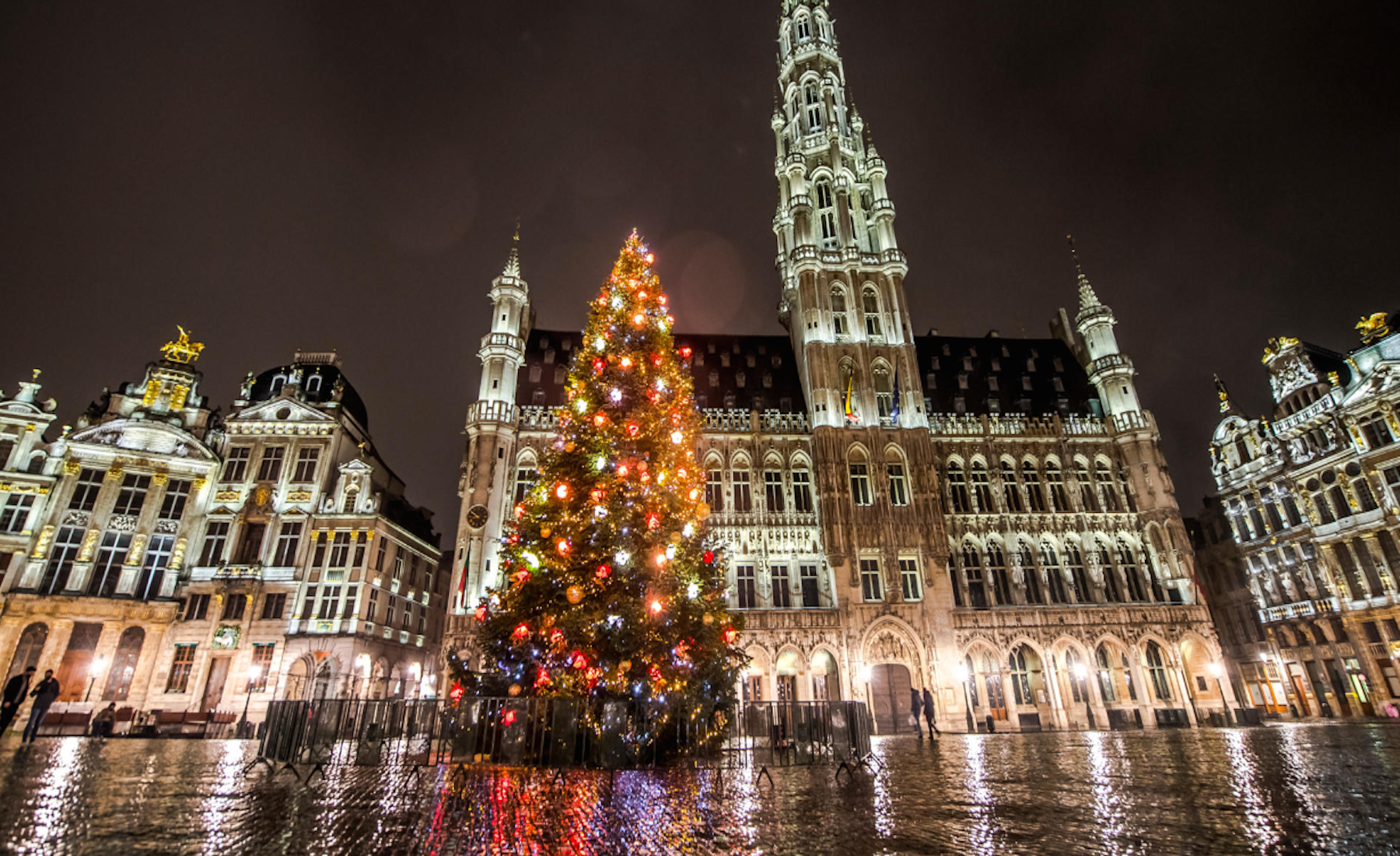 To limit the spread of the coronavirus, the twentieth edition of Winter Wonders in Brussels (Plaisirs d’Hiver) has been cancelled. In practical terms this means that the Christmas market and associated events will not take place. Authorities believe, nonetheless, that a festive spirit should be fostered in the city.

“While the absolute priority of course remains our health, it’s also essential to preserve the magic of the festive season as best as we can. Indeed, it’s in this period of unprecedented restrictions that now more than ever we need to take every opportunity to marvel and come together,” said Fabian Maingain, Alderman for Economic Affairs. “Let’s bring a little light to our City and its shopping streets, which we can hope will be able to reopen in compliance with the health regulations in force.”

The good news is that the Christmas tree will decorate the Grand-place and the 8th edition of Brussels by Lights will also illuminate the streets of Brussels.

Previously called Stores in Light, Brussels by Lights now embraces 142 shopping streets and thoroughfares, including 11 new ones.This 2020 edition takes place from 24 November 2020 to 10 January 2021, and new districts are being given pride of place.

The magic continues in places which have already been illuminated in previous years, such as the pedestrian zone of the city centre or the De Wand shopping district in Laeken.

The Saint-Géry district, where the electricity network has been renovated and where four streets are decorated in vintage style for the first time. A golden gate marks the access to the Place des Halles.

A bright ceiling of 55 golden drops covers the Rue des Pierres, located in the heart of the Saint-Jacques district. Eight chandeliers with silver and gold feathers hang in the Rue du Fossé aux Loups, while the Rue de l’Écuyer and the Rue de Évêque are adorned with huge white flakes spread over a width of 10 metres.

The trees of the Sablon «Antiques Market» are also illuminated for the first time, as are those of the Place Jean Rey, located on the edge of Rue Belliard. A falling snow effect enhances the trees in the Place Agora and Rue de la Madeleine. The illuminations of the Rue Haute, Rue Blaes and Rue de Flanders are extended. Other lighting fixtures are also installed in the Petite Rue des Minimes and on the cables in the Rue de la Fourche.

To mark the end of the work on Fontainas Square, the Trumpet Flowers invite visitors to enter an extraordinary musical garden where upon arrival they seem to have shrunk in size in front of 27 gigantic flowers measuring between two and 10 metres high.

Saturated by a multitude of colours, lights and sounds, visitors can interact with these astonishing musical instruments and create their own symphony by simply pressing with their feet. Inspired by the gramophones of yesteryear, the installation features a score every ten minutes on the theme of the awakening of nature, a work composed specifically for Brussels.

The work Vermell (‘red’ in Catalan) stands in the Place de la Monnaie. It consists of eight red spheres of 3 m in diameter which react to environmental elements, such as sounds or the heat emitted by visitors. The work then generates a harmonious choreography.

Completely independent of each other, each sphere alternates between a state of rest (in which the light is static and the sound delicate) and joyful activity consisting of variations of light intensity combined with poetic sounds such as heartbeats and whispers. Vermell invites visitors to live a unique experience in a moment suspended between calm and serenity.

2. The Christmas Tree at the Grande Place

November 26th saw the installation of the Christmas tree in the Grand PlaceThe tree was generously offered to the City of Brussels by Hôtel de la Chaumière du Lac in Robertville, where it was planted to celebrate the establishment’s first Christmas. The owners are delighted to see their tree, which carries so much meaning to them, shine on the most beautiful square in the world.

The theme for the Christmas tree decorations this year will, rather aptly, be ‘renewal’, and this Sunday from 10am, over the course of eight hours eight specialists helped by three automated lorry-lifts, will dress the 18m high Nordmann tree with 195 flowers in autumn colours, 50 golden and glittering organic plant fibre spheres, and 1km of LED garlands. The Christmas tree will stand in the Grand-Place for all to appreciate until 6 January 2021.

Children in Belgium will be able to receive their annual presents from St. Nicholas on the 6th of December, as usual. The ministers confirmed Nicholas would not have to quarantine after arriving in Belgium from Spain, where he resides. He has thus full liberty to deliver the presents, even during curfew hours.

Belgium’s health care system has been under strain due to the dramatic increase in coronavirus contagion cases and deaths. The government curfews and quarantine measures to try to minimize the spread of the virus.