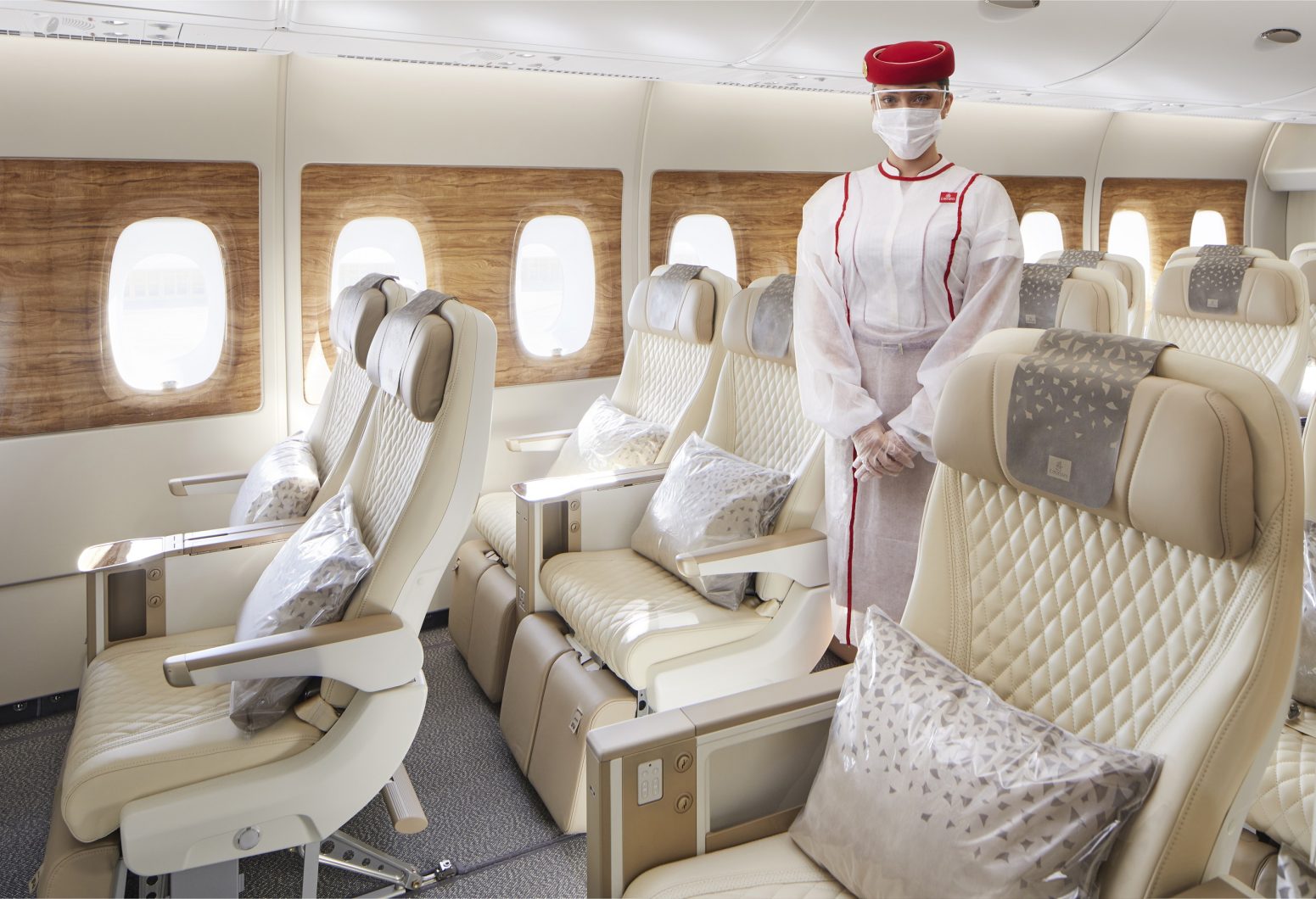 A leading airline is set to embark what is believed to be one of the biggest ever refurbishments in the air industry.

Emirates has launched a “multi-billion dollar” programme to retrofit 120 aircraft with its latest cabin interiors and products. New product and customer initiatives will, it says, deliver on its ‘fly better promise”, including enhanced menus across all cabin classes.

This ambitious project, representing a multi-billion dollar investment to ensure Emirates’ customers “fly better” for the coming years, officially commences in November and is managed entirely by Emirates’ Engineering team.

The ambitious plans were outlined at a press briefing in Brussels on Thursday by Emirates Belux Manager Jean-Pierre Martin. He also revealed the airline’s latest financial results, showing a “huge” profit since the end of the health pandemic. He told Brussels-based reporters, “These are tremendous results and show that both our airline and the industry are now back on track.”

As part of the refurb, the airline’s fleet will be fitted with a new passenger class called “premium economy”, initially on 67 aircraft up to 2024. This represents what Martin called a “massive investment” of some $2bn which was possibly the biggest-ever refurbishment in airline history.

Coming between business and economy, the new class of seat is part of a package of proposals for the airline in the coming years. The aim is to refurbish an average of four aircraft per month. As a result there will be a slight fall in passenger seating on the refurbished planes. The premium economy product will feature on five more routes before the end of 2022-23, as more aircraft are fitted with the seat roll out of Emirates’ retrofit programme. The 67 A380s will be completed by late May 2024 and 53 Boeing 777s will be retrofitted by March 2025.

It is a multi-billion investment which we are very excited about.

Martin also announced what he called “tremendous” financial results and passenger figures for the airline. In January 2022, he said it was operating about 2,100 weekly departures network-wide and by the end of December is expecting to expand its flying schedule to about 2,900 weekly departures.

Emirates profit for the first half of 2022-23 hit a new record of US$ 1.1 billion, compared to last year’s loss of US$ 1.6 billion. Despite an unfavourable currency exchange environment, Emirates revenue, including other operating income US$ 13.7 billion was up 131% compared with the US$ 5.9 billion recorded during the same period last year.

Emirates airline reported a profit of US$1.1 billion for the first half of 2022-23, a record performance. This strong turnaround and recovery from last year’s loss shows its ability to meet strong demand with capacity ramp up and high quality products. https://t.co/21ig5UepHp pic.twitter.com/8GV9IXFLZ6

This was driven, Martin told reporters, largely by “strong” passenger demand for international travel. The market, after the pandemic, is now back to normal for travel despite “external” challenges and the trend for 2022-2023 is “strongly based on late booking.”

People are now leaving it later and later before they book. This is due to a combination of things.

Aside from increased passenger demand another key reason for the airline’s renewed success, said Martin, was the continued operation of its cargo services during pandemic-related travel restrictions around the globe. It was pointed out, for example, that in May 2021, Emirates SkyCargo flew relief materials free of charge to India, under the “Emirates Indian Humanitarian Airbridge”, supporting the Indian community in managing the second wave of the COVID-19 pandemic.

The Dubai-based airline currently flies to more than 130 passenger destinations which represents 92% of its pre-COVID route network. It has also signed codeshare agreements with other airlines which will give it access to 300 cities, many of them in the United States.

Emirates, said Martin, also plans to hire 400 new pilots and up to 6,000 cabin crew by the middle of next year. It currently has 4,500 pilots and 17,500 cabin crew. Recruitments sessions are conducted in most of its destinations and has had several sessions in Belgium “which is one of the priority markets.” It employs nearly 250 Belgian nationals and, in Belgium, the airline supports the ATP Tournament in Antwerp and the annual Spa-Francorchamps Grand Prix.

Emirates, it was said, is “committed to environmentally-responsible operations” through its “Environmental Sustainability Framework” which promotes actions under three focus areas: reducing emissions; consuming responsibly; and protecting wildlife and habitats. The airline also says it supports initiatives that contribute to the use of sustainable aviation fuels.

Emirates supports IATA’s collective industry commitment to reach net zero emissions by 2050, and we are reviewing the opportunities that will contribute towards this goal.

But Martin was critical of new environmental taxes which have been brought in recently by Belgium and other EU member states. There is an increasing trend, particularly within Europe, to tax passengers and airlines for the environmental impact of air travel. While Martin says the airline “fully supports” all efforts to cut the environmental cost of air travel and environmental issues are at the top of the aviation industry’s agenda, “much uncertainty” still remains about “where such revenue will end up.”

It has been estimated that, in total, the aviation sector in general could contribute €1.5 billion to the state budget of Belgium. Martin said, “What will the Belgian state do with this new taxation? If it is, for example, to finance environmentally sustainable programmes that is fair enough but it is just not clear how this will be used.”