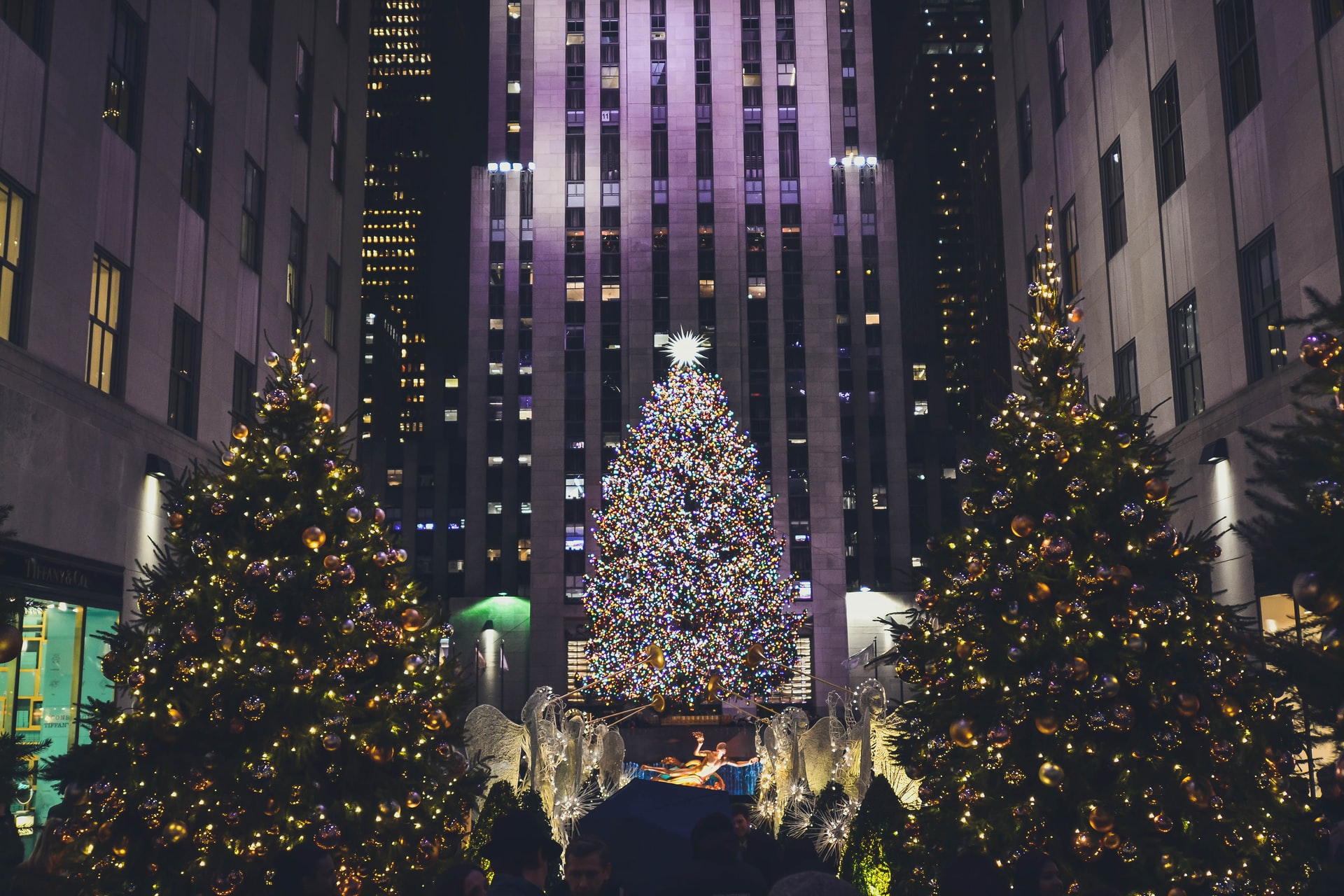 Many people have seen it, whether in person or on TV, the Christmas tree at Rockefeller Center is a recognizable image of this time of year, at least in the Western World. This year the famous tree will come from Elkton, Maryland.

Very particular conditions and care are required to produce a specimen of the pine family that is usually around 25 meters high, 15 meters wide, and weighs up to 11 tons. The record in terms of height was set in 1999, when the tree measured 30 meters. After the attacks of September 11, 2001, it was decorated with patriotic red, white and blue, as it had been during the war, in a symbol of homage and patriotism.

The tree arrived at Rockefeller Center on Saturday, November 13th, and will be lit on December 1st, and between its erection and the solemn, festive moment of the switching on of the lights, it will be the subject of comment, photos and scrutiny from all over the world. In front of you will be the ice rink that Christmas dreams and Hollywood movies are made of. The rink was first opened in 1936 and is one of New York’s most visited landmarks. Every year, thousands of people pass by, among New Yorkers and tourists.

According to the Rockefeller Center’s website, this particular Christmas tree has been a beacon of the season for New Yorkers and visitors alike for more than eight decades. Although the lights, decorations, and stars have changed over the years, visiting it remains a typical New York experience.

It all started in December 1931, when workers at Rockefeller Center pooled their money to buy a Christmas tree. The construction men who were erecting the center, decorated the just-six-foot fir tree with wreaths handmade by their own families in order to bring a little warmth and magic to the place. Those were the difficult years of the Great Depression. The group of construction workers scraped together some money to make the symbolic purchase.

The fir tree with the home-made wreaths served as a symbol of hope and optimism during those financially and economically complicated times. Little did those workers imagine the monumental and worldwide tradition they were creating. Just two years later, with the situation a little better, a Rockefeller Center publicist started a tree lighting ceremony, which has taken place in the plaza between 48th and 51st streets and Fifth and Sixth avenues ever since. The center then decided to make the Christmas tree an annual tradition.

By December 1936, not one but two trees were erected on the site, where a skating competition was even held to mark the opening of the famous rink. In 1942, during World War II, when the tree was already an icon, the decoration changed to a more patriotic theme, with red, white and blue decorations and hand-painted wooden stars.

Two years later, the world was still at war and the fir tree was erected but without light, due to wartime blackout rules. Something that happened again the following Christmases. When the conflict ended in 1945, six ultraviolet light projectors were used to make it appear that the tree’s 700 fluorescent globes were glowing, compensating for the darkness of the previous years.

Since 1951, NBC has broadcast the Rockefeller Center Christmas tree lighting ceremony nationwide. The initiative, always held the week after Thanksgiving, is free and open to the public on a first-come, first-served basis. The tree then welcomes millions of visitors annually during the Christmas season and the New Year, remaining on display through the first week of January.

In 1969 the tree was completed with the famous wire figures and angels by sculptor Valerie Clarebout. Since 2004 it has been adorned with a star made of millions of Swarovski crystals, which get bigger and more luxurious. When Christmas is over and the lights go out, the giant tree has even been replanted, something that unfortunately proved unsuccessful. Nowadays, it ends up being cut down and the wood is sent for construction by groups associated with charity.