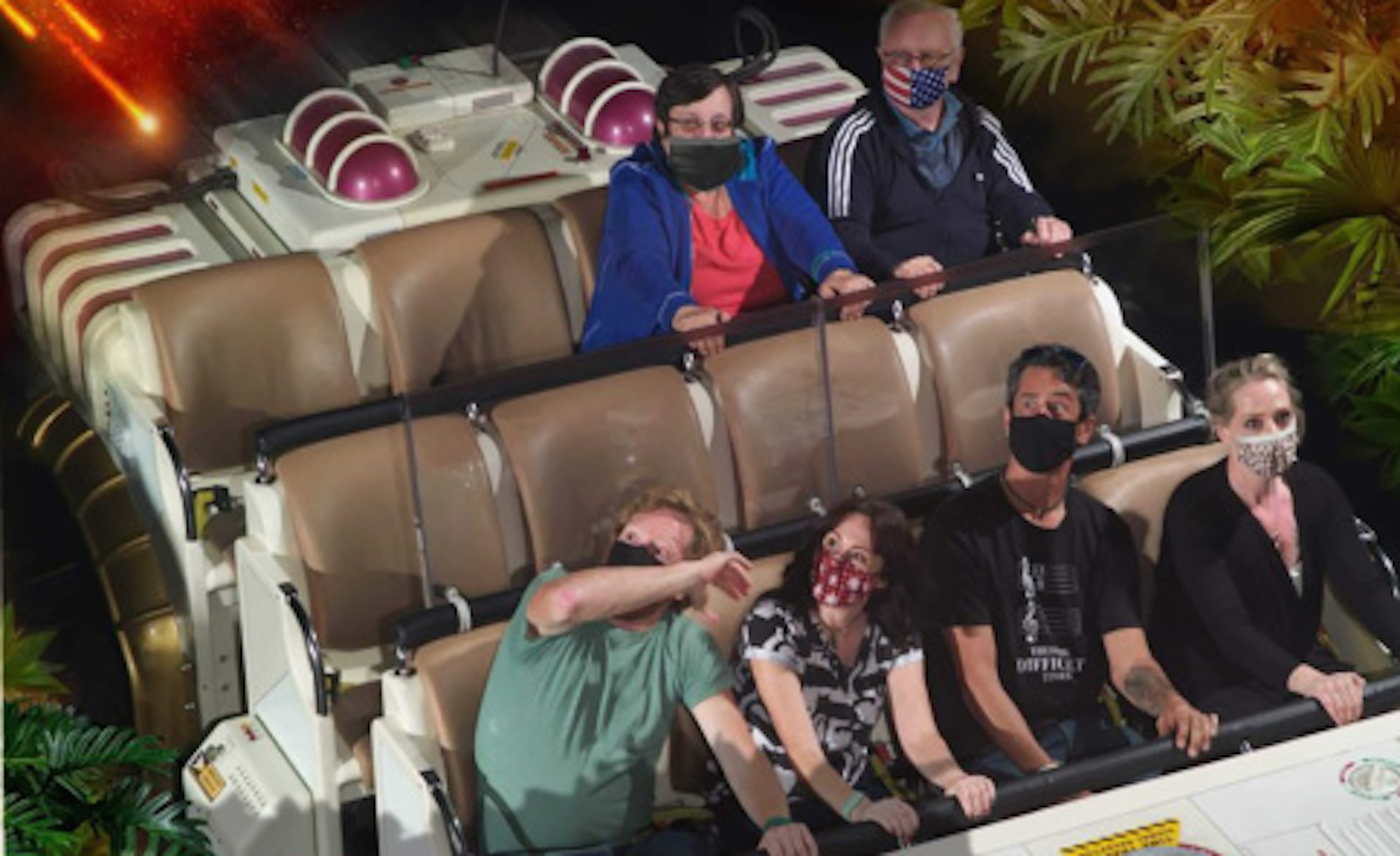 Disney World was adding fake masks on customer photos to hide lack of security. The complaint was made by a park user, Tony Townsend, on his social networks.

The Walt Disney World Resort theme parks, located in Bay Lake, Florida, reopened in July of 2020 with the guarantee of compliance with the new health and safety protocol against Covid-19. This included the use of masks on the grounds, but this is a measure that has not always been taken seriously. As time went by, several visitors began to circulate around Disney’s most famous attractions without any kind of protection.

This might have led to the need for some technological creativity: those responsible for the parks started to use an image editing method to add fake masks to their visitors

Disney told WDW News Today that it had stopped a recent practice of digitally placing masks on to the faces of theme park guests who are uncovered in ride photos. It had been a test in response to guest requests, the statement said.

The complaint was raised by a park user, Tony Townsend, through the Facebook group “Disney World Junkies” where the practice was applied to visitors using the attraction called ‘Dinosaur’. In the picture, one can see that the people in the front row are wearing a mask. In the back row, however, one could notice that the mask has been added to the lady on the left side.

“In response to requests from visitors, the modification of some images was tested,” Disney World explained in a statement on December 12th. “We are not doing it anymore and we are still waiting for everyone to continue wearing facial masks, except while they are eating or drinking”.