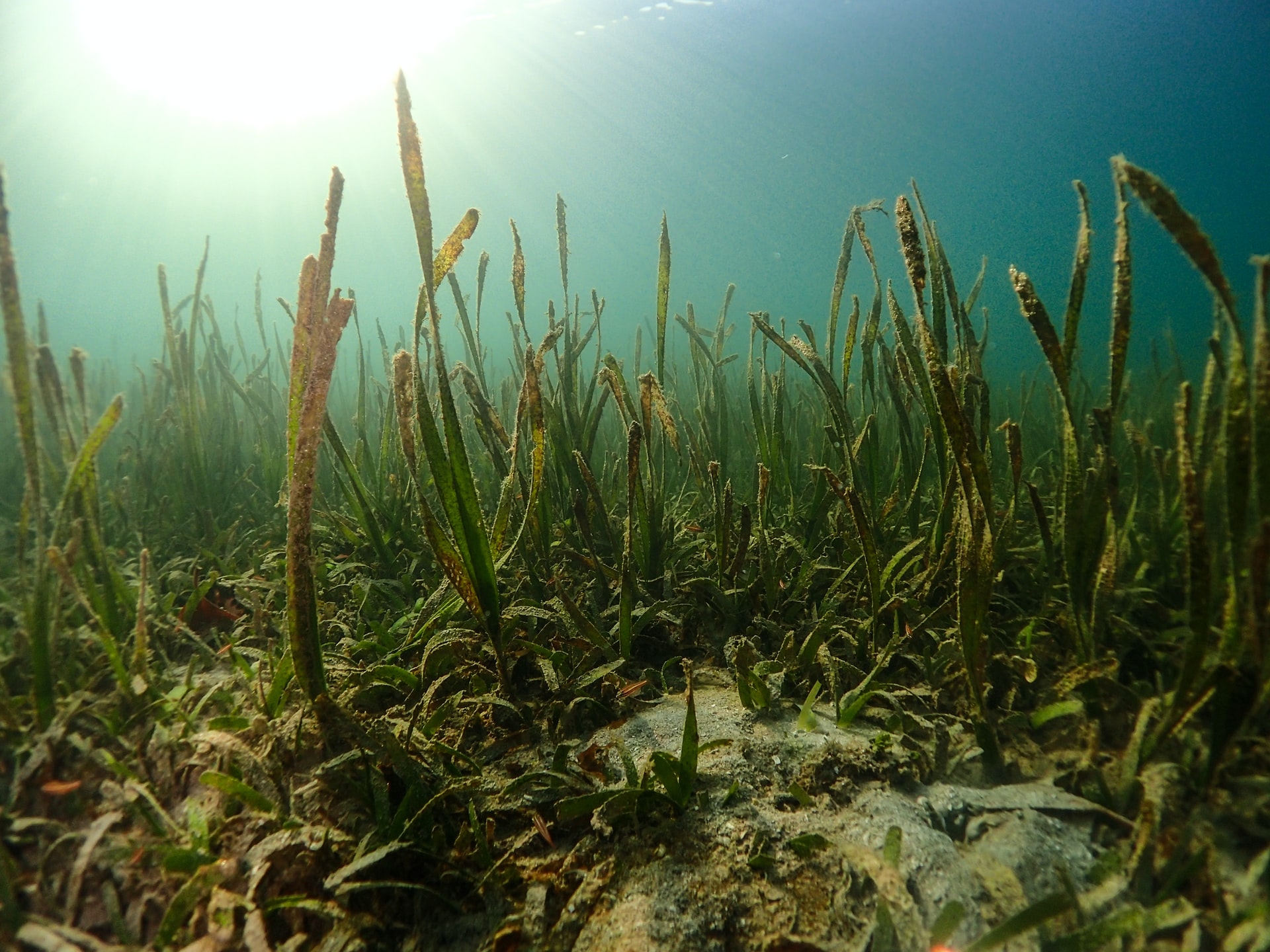 Did you know that seagrass can help fight climate change?

Seagrasses don’t get as much attention as coral reefs but this elusive, tiny marine plant is at risk, threatened by human activities such as dredging, the scarring produced by ship propellers, and pollution from coastal development. These “hidden forests” store carbon, keep the water clean and are a vital habitat for marine life.

Seagrass is the first and only marine plant to be listed under the US Endangered Species Act, where it is classified as “threatened”. It is found along 125 miles of Florida’s southeast coast. Florida has the most diverse seagrass beds in the US, and the state is home to 2.5 million acres of seagrasses, comprised of seven different species.

According to NGO Client Earth, one area in the Balearic Islands faces a continuing threat from boat anchors, which crush and tear through the meadows. The damage caused by one yacht’s anchor in a single day would take almost 1,000 years to restore. In the UK, up to 92% of the seagrass has disappeared in the last century.

Worldwide, 58 species of seagrasses hug the coastline of every continent except Antarctica. These underwater flowering plants, more closely related to lilies than grasses, are often overlooked and underestimated, but these “hidden forests” have a huge impact when it comes to addressing climate change and supporting other marine ecosystems.

Seagrasses occupy less than 0.2% of the seafloor, but account for up to 10% of the ocean’s capacity to store carbon, known as “blue carbon”. It can capture carbon from the atmosphere up to 35 times faster than tropical rainforests. Although the amount they can store depends on the species and location, some seagrasses can store as much carbon as the world’s temperate and tropical forests.

A report by the Intergovernmental Panel on Climate Change (IPCC), showed that mangroves, salt marshes and seagrass meadows can store far more carbon per hectare than most terrestrial ecosystems.

They also help keep water clean by capturing sediment. They cycle nutrients and provide important habitats for fish, crustaceans and shellfish. But these underwater meadows are among the most threatened ecosystems on Earth, at risk from climate change, coastal development and nutrient pollution, such as phosphorus and nitrogen, that enter the ocean from sewage treatment plants, storm water, agriculture and other sources.

These pollutants cause phytoplankton and algae to grow faster, which reduces water clarity and makes it difficult for seagrasses to get enough light to photosynthesize. In normal conditions, healthy seagrass beds are self-reinforcing, which means they help create conditions that make them more favorable for survival.

The extinction of seagrasses represents a major threat to the ocean ecosystem, as well as to fisheries, tourism and jobs that depend on the seas.