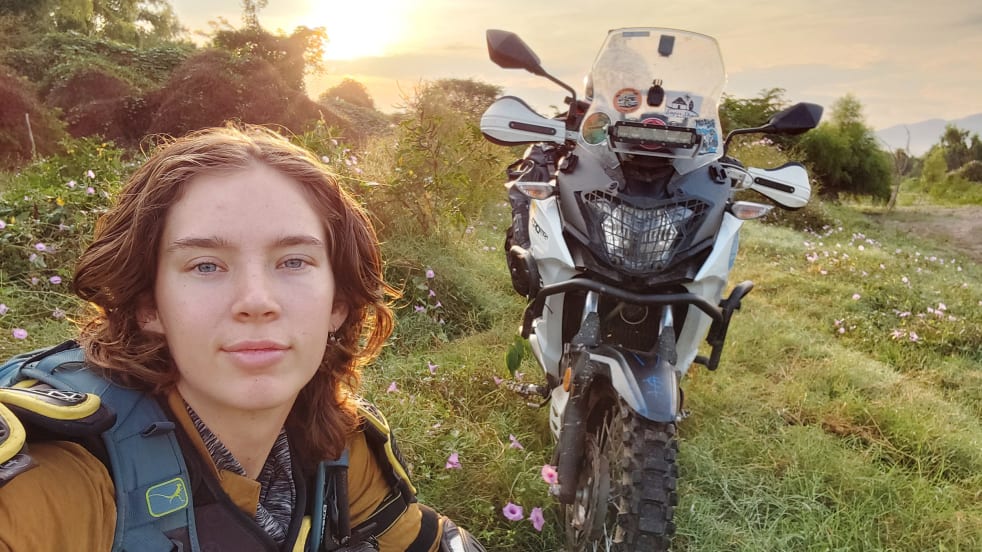 Bridget McCutchen is a young biker from northern Wisconsin who has has set herself the goal of entering the Guinness Book as the youngest person in history to have gone around the world on a motorcycle.

According to CNN, the 22-year-old got her first motorcycle when she was just 19 years old, which she used for short trips to Baltimore and New York. It was her older brother who introduced her to the idea of trying to break the record.

On a motorcycle you are exposed to everything, and it’s so much more engaging. It’s more intimate.

Her first long trip was from Wisconsin to Washington, covering a total of 1,402.0 km, and she instantly dismissed the idea because the trip was so tiring. She spent a year planning her travel route and turning for advice to Henry Crew, who in 2019 at the age of 23 attempted to break the same record that McCutcheon plans to beat. The British Kane Avellano currently holds the Guinness World Records for this feat. He accomplished the goal in 2016.

McCutchen will have to comply with certain rules during her journey. The most important is to use the same motorcycle for the entire trip, maintain a maximum stay of two weeks in the same location and drive at least once across the Equator.

According to CNN, she’s traveling with a riding partner, Kiva, who she met a few months ago. She says people are sometimes surprised when the riders arrive in a new place and remove their helmets. “A lot of the time people are very surprised,” she told CNN. “Like they expect men to be riding these motorcycles.”

She is now heading to South America, with plans to travel through Brazil, Chile, Argentina and Uruguay. She says the hardest part will be getting to Europe, as she will take a flight to cross to the European continent, and will have to find a way to ship her motorcycle.

The route will continue through Spain, the United Kingdom, Ireland and Turkey, arriving at the Caspian Sea where she will have different route options to get into Asia. She wanted to enter Russia, however it is a delicate issue due to the war with Ukraine. Iran is also ruled out due to border restrictions and political unrest. After touring the Asian continent, McCutchen will send her motorcycle to Mexico, and then travel back to the United States.