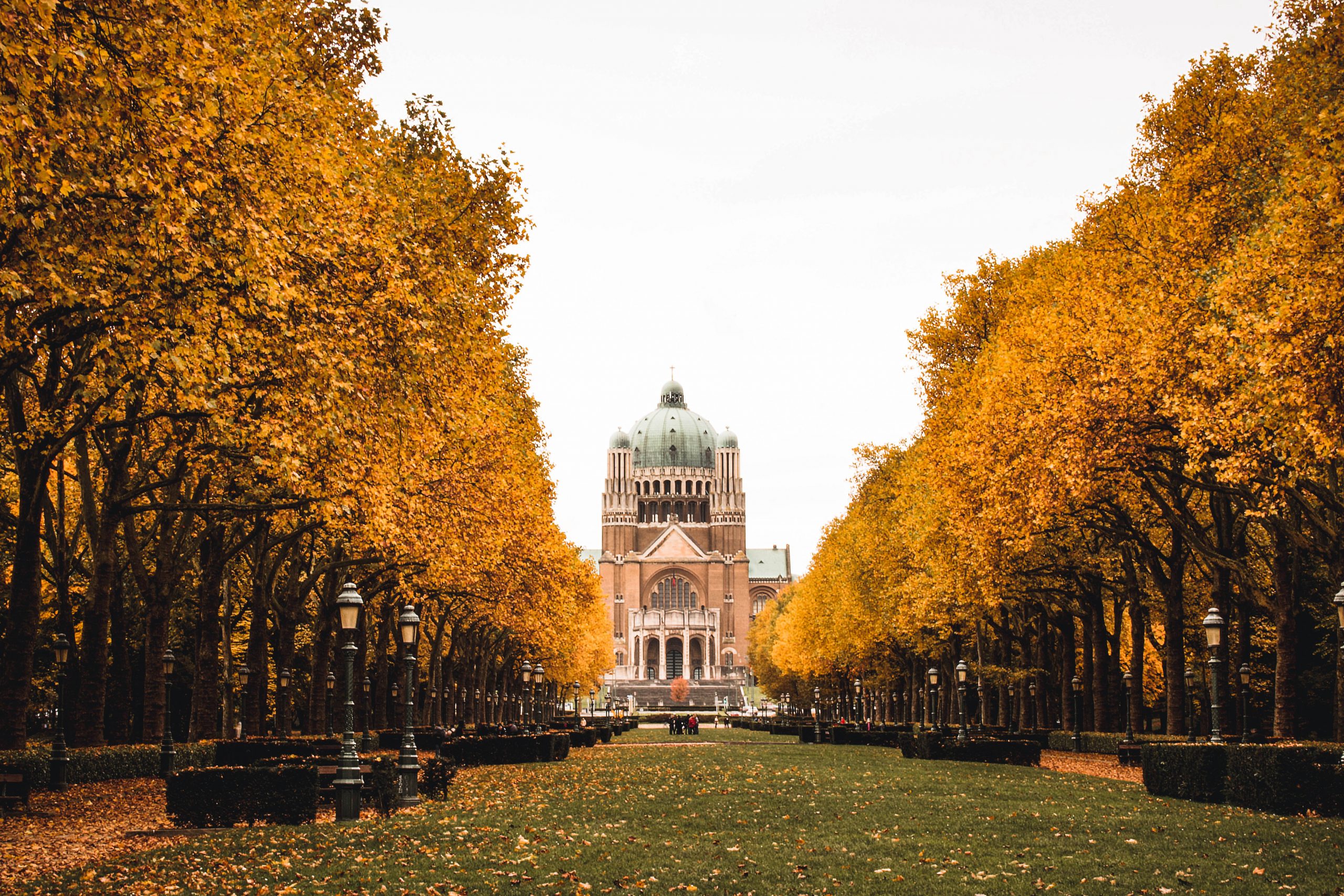 What if you could throw your old clothes in a compost bin?

Nature is always the perfect subject for photography, but it puts on its best coat during autumn. Trees display a vivid colour palette that can only be replicated in paintings by the most talented artists. Thankfully for the rest of us, photography is a handy and useful tool, as hard as it is to do justice to natural beauty.

You would fairly think that you need to get out of town in search of mountains and forests to capture that perfect autumnal portrait, but cities can offer impressive views just as well and Brussels does not lack on these picture-perfect spots.

Let’s start at the edge of town. Next to Manneken Pis, the Atomium has become a world-renowned symbol of the city of Brussels. I have to admit that I find it most impressive at night, when it shines as if embellished by stars, but, if you position yourself just right and you’re patient enough for the sun to reach a good spot, you can capture something almost magical. It’s like everything comes into place especially for this beautiful shot.

The Parc du Cinquantenaire is another landmark of the city. It was built by King Leopold II to commemorate the 50th anniversary of the Belgian Revolution and Independence. The iconic arches and U-shaped complex house The Royal Museum of the Armed Forces and Military History in the northern part, from which you can climb to the top and admire the entire city. The southern part is home to the Art & History Museum and Autoworld, a vintage car museum.

One of the best tram rides in the world goes from central Brussels to Tervuren. Tram 44 passes through the Sonian Forest, part of UNESCO’s Ancient and Primeval Beech Forests of the Carpathians and Other Regions of Europe natural heritage sites.

In the north-west of Brussels, atop a hill at the end of Park Elisabeth, lies the Basilique Nationale du Sacré-Cœur, The National Basilica of the Sacred Heart. Inspired by the Basilique du Sacré-Cœur in Paris, King Leopold II laid the first stone of the construction himself during the celebrations of Belgium’s Independence 75th anniversary. The trees along the path in the park show you the way to the world’s 5th largest church.

Lastly, my personal favourite spot for an autumn day out. For three years I lived next to Bois de la Cambre. A park and forest in the south of the Brussels capital region of no less than 1.23 square kilometres that flows into the Sonian Forest. Even though it sits between arterial roads, that lead to the centre of the city, just a few steps inside you’re completely surrounded by trees that block out all the noise. The haze of quite autumn mornings always gave me an alone-in-the-world, calming feeling.

Honestly, you don’t even have to go to a specific place. You can just stroll along Brussels’ cobblestoned streets and you might just stumble upon a beautiful instagrammable spot. After all, as long as you fall in love with it, nothing else matters.