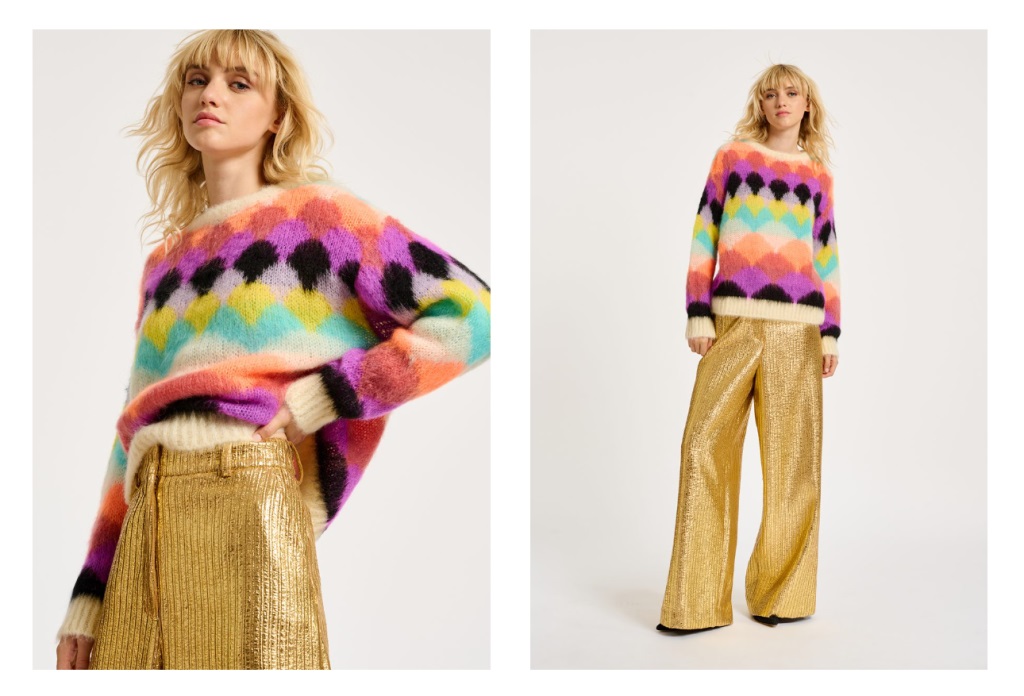 Antwerp-based fashion brand sales skyrocketed thanks to ‘Emily in Paris’

In the trailer for season three, and the first episode, the protagonist of Netflix’s ‘Emily in Paris‘ is seen wearing a sweater form Antwerp based fashion brand, Essentiel, immediately leading to the item selling out on the website.

Demand for the multi coloured oversized sweater has appeared form all over the world, co-founder Inge Onsea told local news channel ATV, with order requests coming from Asia and America.

This is not the first time the stylists from the show chose the brand’s colourful apparel to dress Emily. In the first season, the character has another Essentiel sweater in her wardrobe, but Onsea told ATV they were not aware of it at the moment. “In the first season, Emily also wore a jumper and a top, but they had purchased the pieces and we didn’t even know about it. That was a nice surprise. Someone saw it and said our jumper was in the series”, she explained.

Once they were made aware their clothing featured in the series, the shop’s marketing team sent the show’s stylist an Essentiel lookbook, from which she chose 50 pieces, 9 being used in the third season. “We are super proud”, Onsea said.

The only question that remains now is whether the sold out sweater will be brought back into stock or not, since Onsea is considering letting the item become a limited edition collector’s piece. “We are now brainstorming on whether or not we will sell additional ones. But I do like that it has some exclusivity, and I’m more in favour of stopping sales of the sweater. It has become a kind of collector’s item. I’ve already seen people selling the jumper at twice the original price two times last week”, she disclosed.