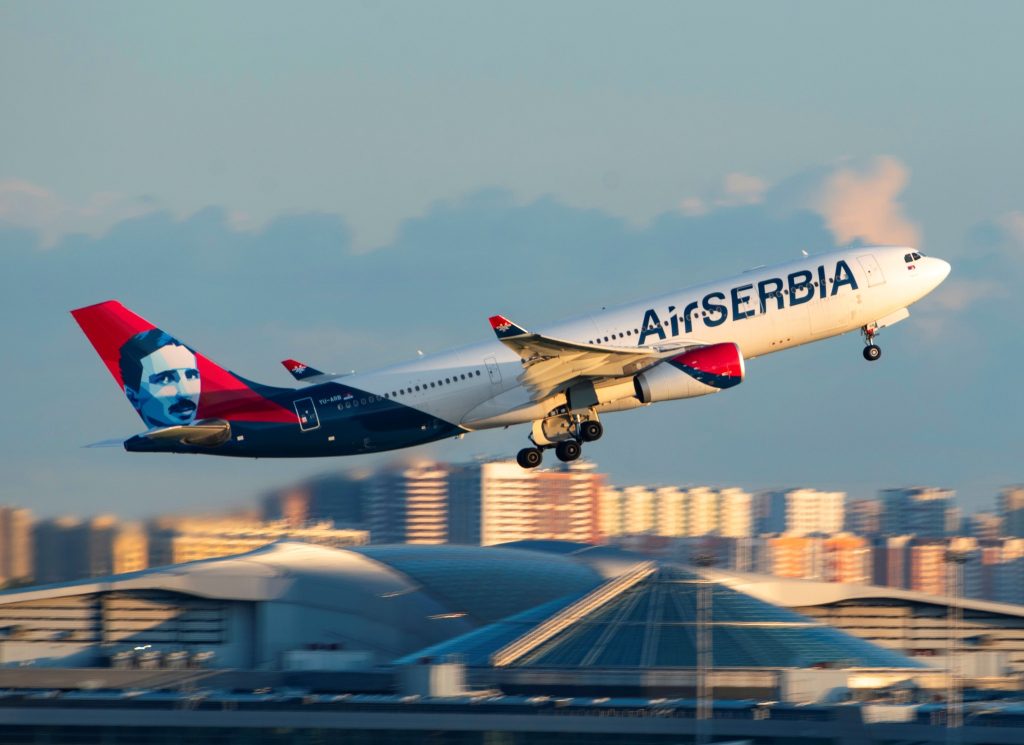 More than 3,000 people gathered under the Atomium to support Ukraine

Air Serbia has doubled flights between Moscow and Belgrade, linking Russia to Europe. The company now displays 15 flights per week against 7.

Serbia is not a member of the EU, and did not condemn the Russian invasion of Ukraine. The country is also one of the few that has been spared from the closure of Russian airspace—meaning that Serbia is the only European air corridor left open to Russia.

Russians are exploiting this getaway to flee to Europe and circumvent the EU-wide ban on flights to and from Russia. Russians entering Serbia are then traveling on to Europe, with the top onward destinations being Cyprus, France, Switzerland, and Italy, followed by the UK, Slovenia, Austria, Germany, and Spain.

Air Serbia, which is mostly state-owned, has doubled the number of direct flights from Moscow to Belgrade to meet the rising demand after the EU ban on Russian airlines from its airspace. According to ForwardKeys, the airline seat capacity between Russia and Serbia increased by 50% in the first week of March compared with the week before the Russian invasion of Ukraine. Capacity is expected to be further increased in the upcoming weeks.

What’s most notable is the speed with which Serbia has become the gateway for travel between Russia and Europe.

According to Marko Subotich, Euronews correspondent in Serbia, the Russian press noted that Air Serbia will be leasing additional aircraft from Etihad Airways to meet the growing demand to Russia.

Russia has responded to European restrictions by banning access of its airspace to airlines from 36 countries. European Union airlines are also benefiting from the Belgrade hub as they have increased their connections to and from Serbia.