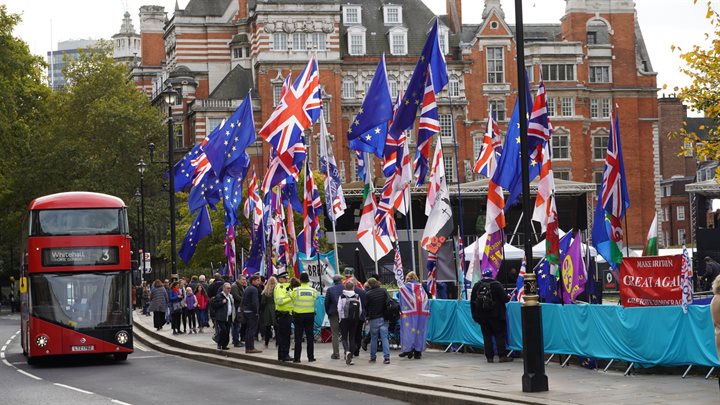 5 Rules Brits driving in the EU should know about

Tomorrowland to request three summer festivals for the 2022 edition

Only a few days ago, the UK government implemented a rule change that came into force on September 28. Now, Brits driving to the EU will need a new sticker that says “UK” on it to show that they are using a UK car. This is only one of the several rules that Brits must take care of when driving outside their borders.

The new “UK” sticker that became compulsory last week is a replacement for the old “GB” sticker. All Brits having a “GB” sticker on their car have to remove it and replace it with the new “UK” version. The sticker is mandatory for driving in all EU countries, besides Ireland. According to the UK government, the sticker must be placed on cars with any of the following: a GB sticker with the Union flag, a Euro symbol, a national flag of England, Scotland or Wales, and numbers and letters only (no flag or identifier). In an interview with Euronews Travel, a spokesperson for the UK Department of Transport (DfT) said that this change from the GB to the UK sticker is a symbol of unity as a nation. Indeed, the term “Great Britain” refers to England, Scotland and Wales only, while the term “United Kingdom” also includes Northern Ireland. Therefore, the use of the UK sticker is more inclusive to Northern Irish people. The new stickers can be purchased online or from post offices for €1.75.

Any drivers staying longer than 90 days in a 180 day period in the EU are now required to have a visa and a passport with at least three months of validity left before travelling.

4. No need of green cards

The green card is an insurance card that proves that a car is fully insured. Now, Brits won’t need the green card anymore to travel to the EU. The standard UK insurance is enough to cover European trips without the need of any extra documents.

Many EU countries require drivers to carry some specific items by law. In Spain, Portugal, Belgium, Germany and Italy, all cars must be equipped with a reflective jacket, a spare tyre, and a warning triangle. France requires drivers to have a breathalyser kit as well. Other countries like Switzerland even require snow chains during the winter.