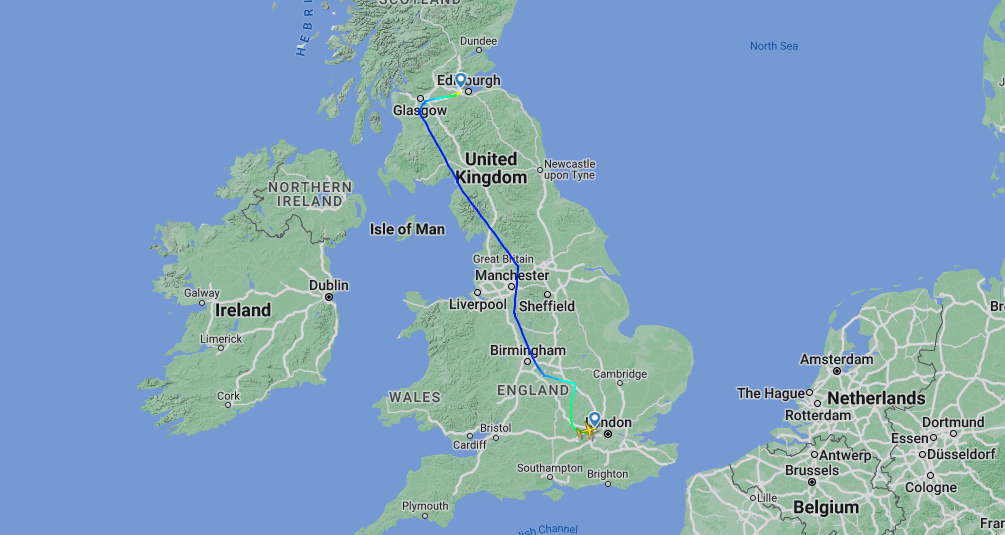 The whole world paused on 8 September when Bucking Palace confirmed that Queen Elizabeth II died. Her Majesty is mourned by people around the world. She was the UK’s longest reigning monarch, marking 70 years on the throne with her platinum jubilee in June.

Her Majesty the Queen died at the Balmoral Castle in Scotland, where she liked to spend the summer. The coffin left Balmoral on 11 September, stayed in the throne room of the Palace of Holyroodhouse for a day, then it was taken in Procession to St Giles’ Cathedral in Edinburgh where it stayed for another day before heading to London.

On 13 September, at 16:34 local time, Her Majesty started her last flight, from Edinburgh airport to Northolt, in London. According to flight tracking website Flightradar24, within the first minute of the aircraft’s transponder activating, 6 million people attempted to click on the flight carrying the coffin.

In total we processed 76.2 million requests related to this flight alone, that’s any action by a user, like clicking on the flight icon, clicking on the aircraft information in the left side box, or adjusting settings.

The website’s director of communications, Ian Petchenik, reported they were expecting a high number of requests for the Queen’s flight, so they took traffic calming measures beforehand to increase the stability of the connection, however, the influx of users was still too high. The “immediate, massive spike [in users] was beyond what we had anticipated. Approximately 600,000 users were able to successfully follow the flight before performance degraded”, Petchenik wrote in a blog post.

Before this, the previous record was held by the flight US Speaker of the House of Representatives took to Taiwan in August, which was followed by just 2.2 million people. Last year, the most followed flight on the website was that of Russian opposition leader Alexei Navalny back to Moscow, where he was going to be imprisoned at arrival.

“Even though our platform suffered under such heavy load, Queen Elizabeth II’s final flight from Edinburgh to RAF Northolt, is by far the all-time most tracked flight on Flightradar24 and will likely remain at the top for a long while”, Petchenik concluded.