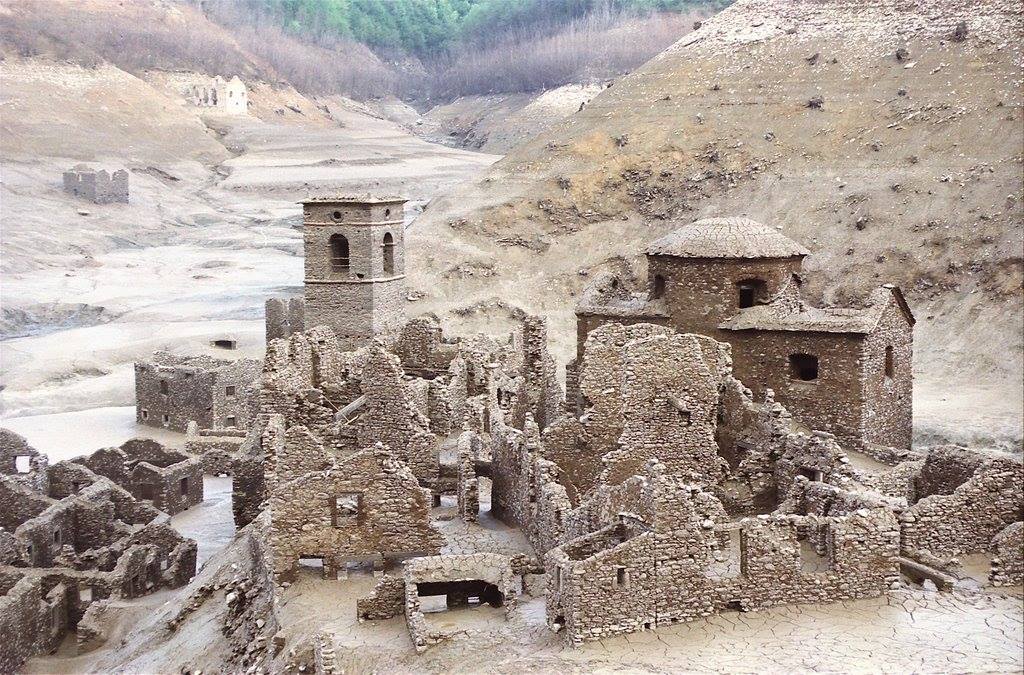 Yesterday, we visited the Paris Catacombs in anticipation of the scariest week of the year. With Halloween now upon us, let’s discover some more tingle-inducing locations around the world.

In southwest Bolivia, 350km south of La Paz, lies Uyuni, the Andean crossroads between Chile, Bolivia and Argentina. On a mountainous plain 3,700 metres above sea level, the city guards the Salar de Uyuni, the world’s largest salt flat, where bright white pentagons of salt tesselate into the distance as far as the eye can see.

Uyuni became a trading post in 1890 at the meeting point of four railway lines transporting exports such as tin to the Pacific ports. But after World War II, the mines were abandoned and so were the trains – 3km out into the salt desert. Today, visitors can stay 25km away in the Palacio de Sal, a hotel built from over a million salt blocks. Just don’t lick the walls! (It’s forbidden to prevent damage.) A day trip will take you to the heart of the train cemetery to see the rusty remains of carriages and locomotives silhouetted against the enormous sky and begging to become the backdrop to a post-apocalyptic film.

From trains to ships and this UK museum which houses a reconstruction of a prison hulk – a ship no longer capable of sailing, but nonetheless afloat and full of incarcerated convicts. Charles Dickens’s famous novel Great Expectations starts with the escape of hulk prisoner Abel Magwitch. We can only imagine the horrors on board given how desperate any escape attempt would be in an age where few people could swim.

The Guildhall tour exposes visitors to the disconcerting creaking of the ship, the lonely cry of gulls, and the darkness of the lower decks where prisoners slept in hammocks suspended inches from each other and from the rats scuttling below. Conditions were so appalling that for many the ships were a death sentence. Rations consisted of biscuits and pea soup, with an occasional lump of ox cheek or cheese. New inmates often brought diseases such as typhus with them, and there was no quarantine. Incredibly, the last UK prison hulk (albeit with improved conditions!) only closed in 2006.

This Tuscan village was drowned and its inhabitants rehomed in 1947 when the River Edron was dammed to make artificial Lake Vagli. The lake has been drained four times since its creation, and according to water company Enel it’s due for another emptying, perhaps as soon as 2021. Once inhabited by ironworkers, and founded in the 13th century, the village has preserved medieval wonders such as a Romanesque domed church and a bridge, which tourists flocked to see the last time the plug was pulled in the 1990s. Social media users have joked about what else lies beneath, with some suggesting the real reason the village was submerged was to contain a hidden evil. After 2020’s unexpected turn of events, do you dare visit Fabbriche di Careggine to find out?

Never mind man-made terrors, nature can be spine-crumbling too. To prove it, how about a visit to Mount Kanin in Slovenia’s Julian Alps and the deepest single vertical drop in the world? If like me you suffer from vertigo, the thought of going anywhere near this hole, or karst shaft, should get your heart pounding and your knees awobble.

Discovered in 1996 by Italian cavers, the total depth of the pit is 643 metres – deep enough to bury two Eiffel towers. The continuous drop is 603 metres and, if that weren’t enough, there’s a 400m waterfall inside. The top of Mount Kanin can be reached by cable car, and looking carefully, you’ll see Vrtiglavica, as the pit is named (from the Slovene for ‘vertigo’) when you go by. When I visited in summer, I was warned about the disorientating nature of the terrain up there – and it’s true. Above the treeline at well over 2000 metres, the landscape of grey-white limestone, sharp ridges and steep slopes of scree is starkly impressive.

Referred to by locals as The Isle (and you may want to fit in with the locals), this is one of the most southerly points and seaports in Scotland, north east of Burrowhead on the coast. The harbour is the focal point, lined by a steep sea wall and squat pastel-hued, slate-roofed cottages. But why include The Isle in a Halloween-inspired list of locations? Because it was here that the epic final scenes of cult horror classic, The Wicker Man were filmed.

Fans of the film will recognise the clifftops near Burrowhead Caravan Park, where the film’s ‘hero’ met his fate. Until recent years, the stumps that supported the giant effigy were still visible, jutting out of the ground. The cave into which islanders chased poor Sergeant Howie can be found on the clifftop too. It may not compare with Vrtiglavica for depth but still – don’t fall into it as you gaze out at the rugged coastal views.