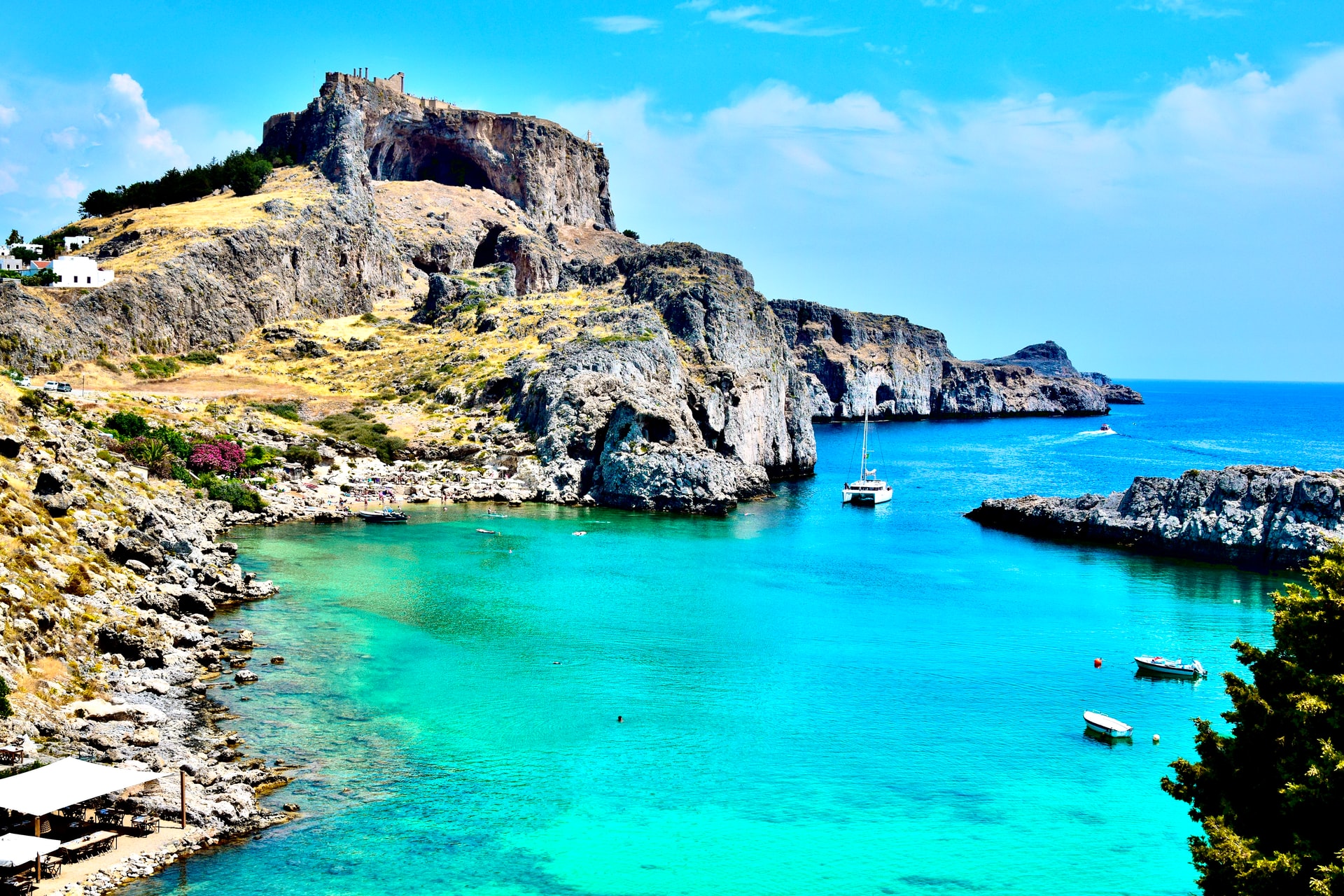 Where is hot in October?

Summer is almost over and October is coming soon. If you are planning a vacation in autumn but you still want to enjoy quite high temperatures and sunny days without going too far, there are many places that you can pick! Here are some ideas for a warm short-haul vacation in October.

Here in October there is still plenty of sunshine and warm weather (temperatures well above 20°C), but the beaches are much quieter as there are less tourists. The island has incredible natural beauties, a long history, amazing architecture and beaches, and, of course, tasty Greek food!

Rhodes Old Town is something you can’t absolutely miss. This well-preserved Medieval city has been part of the UNESCO World Heritage List since 1988.

October is a good month for visiting Gran Canaria and, in general, all Canary Islands. You’ll enjoy hours of sunshine and warm weather with temperatures that can go up to 27°C. Gran Canaria boasts 60 km of beaches and 236 km of coastline. But the island is more than only beaches… Relaxing in a thermal resort, whale watching, visiting museums in Las Palmas, windsurfing and kitesurfing, shopping, and enjoying the island’s breathtaking landscapes of this UNESCO Biosphere Reserve: you can do all of these in Gran Canaria.

The variety of its landscapes makes it the perfect destination for nature tourism thanks to the presence of crater lakes, waterfalls, beaches, mud pools, fumaroles, lagoons, green cliffs and much more.

Thanks to its sub-tropical climate, the Azores enjoy sunshine all year round. In October temperatures range from 17°C up to 22°C.

Malta is an island located in the Mediterranean Sea, between Sicily and the Tunisian coast. It boasts a very long sunny season. October still feels like summer, with temperatures that during the day can go up to 25°C.

Valletta, the capital city, has a rich historical background and is today a UNESCO World Heritage Site. Narrow streets, colored forts, ancient churches, picturesque cafes and shops: all of these has made La Valletta one of the World’s richest cities in terms of cultural and historical value. Of course, also the sea is absolutely amazing…. Right outside the capital city you can enjoy sandy beaches and blue lagoons.

Antalya is a holiday paradise situated on the southwest coast of Turkey. The city offers plenty of things to do, satisfying anyone from cultural tourists to beach lovers. The old town has many historic sites and ancient ruins, while on the coast there are amazing white-sand beaches. Today, Antalya has become one of Turkey’s top tourist resorts, thanks to its numerous luxury hotels and holiday villages.

If you visit in October, expect to find temperatures of 27°C: just the perfect weather to sunbathe for the last time before approaching winter.

Cyprus is a tiny island rich in history and culture. The island has about 50 blue flag beaches with golden sand, but it is also the perfect destination for travelers that are looking for more than beaches and sun. Here there are also monasteries, museums, churches, archaeological sites, and hiking trails. The island is the perfect destination during October: it enjoys an extended summer from April to November with plenty of sunshine, pleasant temperatures (around 24°C) and low rainfall.

If you want to combine culture with sunshine, Paphos – located on the southwestern part of the island – is the right place to go! Considered the birthplace of Afrodite, this city is a paradise for archeology enthusiasts and for water sports lovers. The city has also a commercial area with many stores, restaurants and souvenirs shops.

Hammamet is a small Tunisian city and one of the top tourist destinations of the country. Thanks to its small dimension, it can be visited entirely on foot. It is famous for its white-sand beaches on the turquoise coast which are considered to be the best in the entire country. The city offers also many cultural attractions, such as fortified walls, museums, ancient ruins, villas, and theaters, but also entertainment facilities, crowded markets, and elegant luxury hotels.

In October, Hammamet enjoys high temperatures ranging from a minimum of 22°C to a maximum of 27°C.

Israel offers to its visitors a variety of experiences thanks to its diversified tourist offer which ranges from beaches, to historic places, to natural landscapes. Acre – also called Akko – is for sure one must-see destination in Israel. It is an historic walled port-city located in the northern part of the country. Acre boasts a rich historical background which is reflected in the numerous urban components located in every corner of the city, such as the citadel, mosques, khans and baths.

Octobers in Acre are very warm, with an average temperature of 23°C and a maximum temperature of 27°C. If you want to enjoy the sunny weather, go to one of Acre’s beaches or take a tourist boat from Acre Harbor and admire the panoramic views of the Old City from the sea.