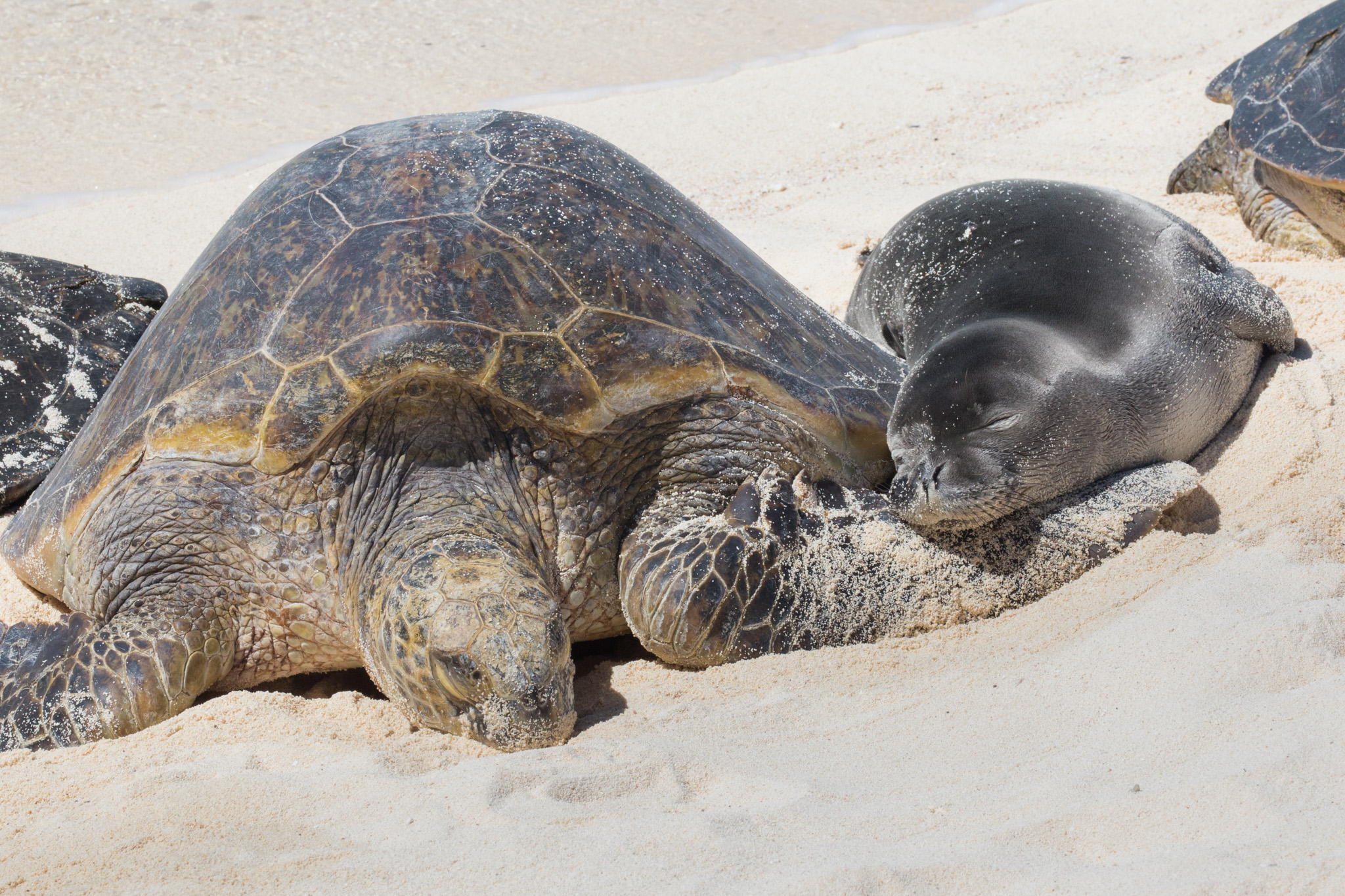 EU has now vaccinated 50% of its population

In Hawaii, a federal agency has issues a fine of $500 each, in two separate cases, to visitors who unlawfully touched a resting endangered Hawaiian monk seal, according to the Honolulu Star-Advertiser.

Hawaiian monk seals are critically endangered species, with only about 1,400 seals left, about 1,100 of which are in the northwestern islands of Hawaii and 300 in the main islands. The population has sadly been declining for 60 years, although recent recovery efforts have led to a slight increase, and the species is protected by state and federal laws. The National Oceanic and Atmospheric Administration (NOAA) says they’re “one of the most endangered seal species in the world”, and it is illegal to touch, harass, injure or kill them, with violators facing penalties of imprisonment or fines.

Recently, the NOAA’s Office of Law Enforcement initiated investigations into two cases which led to the visitors being fined $500 each. Spokesperson Dominic Andrews said they were found to be in violation of the Endangered Species Act and explained that they take these incidents seriously. According to officials, the issue is repeated, and close interactions which are happening frequently in Hawaii are causing harm to the protected species.

3. Visitors not respecting the rules

One of the recent cases involves a Louisiana woman who was honeymooning with her husband on Kauai following their wedding on Maui. The woman, whose online name is Lakyn, posted a TikTok video of herself on June 7th posing next to a resting monk seal before touching it, which caused it to snap at her. NOAA issued her a summary settlement of $500 for the violation, and in a phone interview with the Star-Advertiser on July 12th Lakyn’s husband, Stephen, apologised profusely and they agreed to pay the fine. He assured that the couple loves Hawaii and respects the culture and that they did not mean to offend anyone. The surname of the couple was not published at their request, as following the video going viral on social media they received death threats.

Another visitor, Alex Magala, received a $500 fine after he posted a video online showing him touching a seal laying down on the shore. He approaches and touches the resting seal, which snaps its tail up, at which point Magala steps back. However he then approaches the seal again, which barks at him then swims away. Although it was unclear when the encounter took place, his Instagram revealed he visited Oahu in May. In a recent Instagram post Magala apologised for his actions.

4. Why monk seals must not be disturbed

Adam Kurtz, marine wildlife management coordinator of NOAA Fisheries’ Pacific Islands, explained that monk seals are most commonly spotted resting on the shore after hunting for food in the water or swimming from place to place. Additionally, about once a year they spend a few days at a time onshore when they are molting, to shed the outer layer of their skin and fur. A seal pup and its mother spend also about six to eight weeks on the beach whilst the nursing mother ensures that the pup is strong enough to be left on its own. Kurtz stated that close interactions with people have an adverse affect on monk seals’ natural behaviour such as resting, feeding and caring for a pup, and interactions with people can deplete precious energy seals needs to survive.

Close encounters with people can disrupt their natural behaviour that they need to survive. It can cause added physiological stress. It can lower reproductive success. The beach is an essential part of the monk seal’s habitat. So when they’re out on shore, it’s important for folks to keep a safe distance away.

5. How to admire seals safely

Of course, it is always incredible seeing incredible wildlife in its natural habitat, and it is possible for visitors to admire and appreciate monk seals from a safe distance without disturbing them. The NOAA offers guidelines for wildlife enthusiasts to observe threatened marine animals, which if followed mean both visitors and animals can be kept safe and happy. According the the organisation, the public should to maintain a distance of at least 50 feet to view monk seals and 150 feet to view a pup with its mother, at least 10 feet to view Hawaiian green sea turtles, 50 yards for dolphins and small whales and at least 100 yards for humpback whales. The NOAA strongly encourages people to stay behind any signs or barriers when viewing Hawaiian monk seals, and if there isn’t any signage they should use the “rule of thumb” method to establish the safe distance: