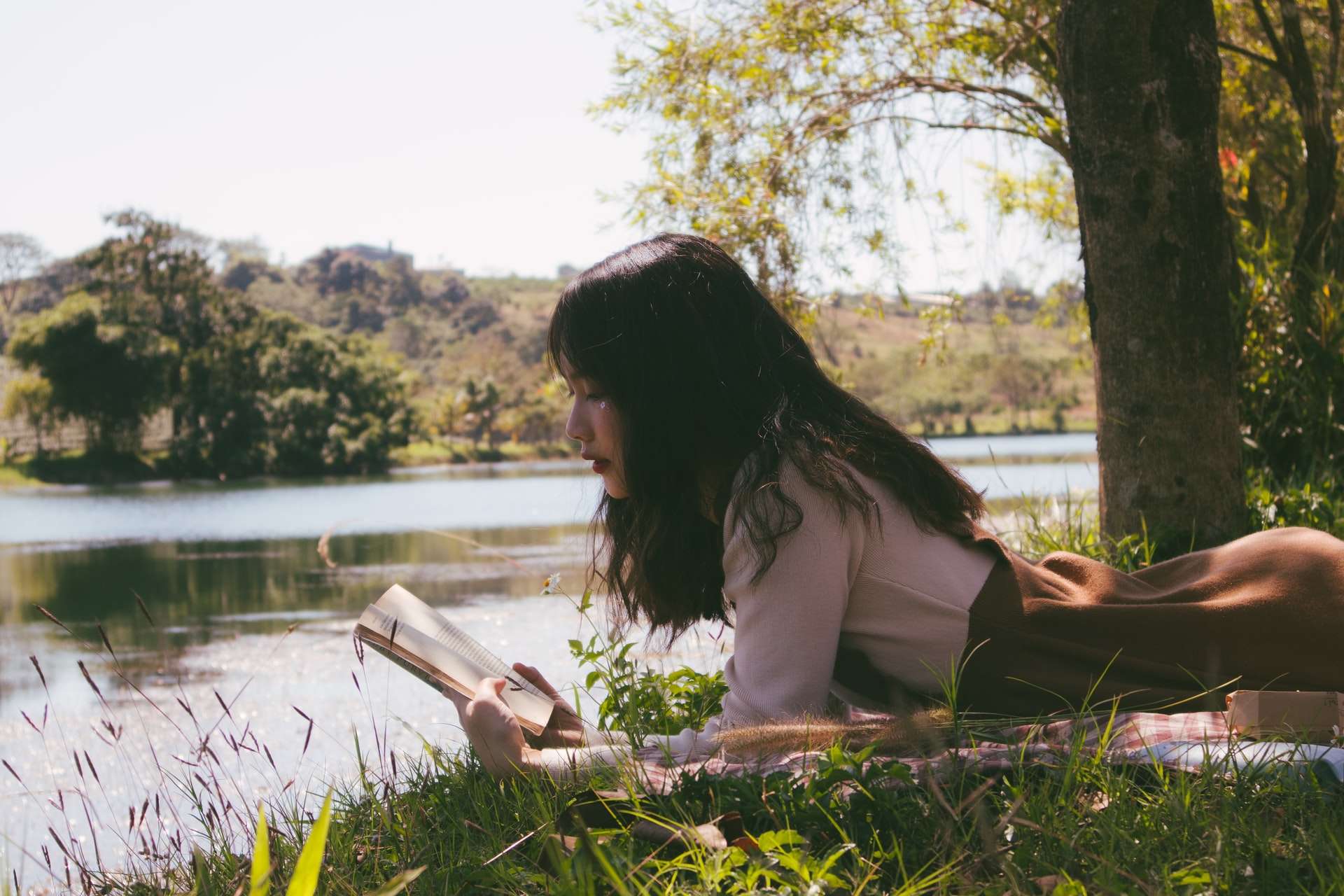 10 books to bring springtime rushing in

Cycle through the trees on this Belgian cycling route

Booklovers know the pleasure of reading is not all about curling up with a hot drink in front of a flickering fire. Those first days of spring, when it’s warm enough, finally, to sit outside, sun on your face, birdsong in the trees, immersed in the pages of a good book . . . those days may still be a little while off, but why not usher them in with some well-chosen reads?

Who can resist a locked wooden door hidden by swathes of ivy? Certainly not Mary Lennox, an orphan brought back from India, who discovers a secret garden at the Yorkshire home of her uncle. The garden, overgrown and neglected but ready for a new life, becomes a metaphor for Mary’s rehabilitation. Step inside the ‘high walls which shut it in . . . covered with the leafless stems of climbing roses . . . long tendrils which made light swaying curtains, and here and there they had caught at each other or at a far-reaching branch and had crept from one tree to another and made lovely bridges of themselves.’ You won’t want to leave.

Cherry blossom is perhaps one of the most enduring images of spring around the world, and it can’t be a coincidence that Chekhov opens his play in May, when grieving Ranevskaya returns to her country estate, which includes a large cherry orchard. Ranevskaya is in debt and the estate must be auctioned, putting the orchard under threat, just as the aristocratic way of life in Russia is. While Chekhov declared the play to be a comedy, the play’s poignancy is undeniable – embodied in our mind’s eye by the short-lived beauty of cherry blossom in spring.

A non-fiction account about plant dealer John Edward Laroche’s obsession with the ghost orchid (a rare plant native to Cuba and Florida that Laroche wants to clone for profit), this book will take you on a journey into Florida. Striking descriptions of the sunshine state as a hybrid of Art Deco hotels and wild swamps are compellingly combined with a portrait of an eccentric and driven man, and insights into America’s esoteric flower-dealing subculture.

A beautifully-illustrated non-fiction book about one of spring’s first gifts: poets’ muse, a Roman key to the Underworld and used by some cultures for its medicinal properties – the daffodil. In this ‘biography’, award-winning writer Helen O’Neill tells the story of our human relationship with the daffodil and her own battle with cancer. She also captures what many of us would like to do when we first see daffodils after a long hard winter: ‘I dropped down onto my knees and then sank further until I was lying, front first, on the grassy earth. Around me Narcissus leaves and stems swayed to the breeze’s silent rhythm. Insects darted into view and hovered. Time slowed down, then seemed to freeze. The little daffodil faced me. When I remember that moment I can smell Narcissus poeticus still.’

In this saga spanning the end of the Victorian era up to the First World War, Olive Wellwood is a children’s writer who lives a bohemian life with her family in a house called Todefright in the UK’s Kent countryside. Each of her own children has his or her own book, ‘hand-decorated with stuck-on scraps and coloured patterns. Tom’s was inky-blue-black, covered with ferns and brackens, some real, dried and pressed, some cut out of gold and silver paper. Dorothy’s was forest-green, covered with nursery scraps of small creatures, hedgehogs, rabbits, mice, blue-tits and frogs. Phyllis’s was rose-pink and lacy, with scraps of gauzy-winged fairies in florid dresses, sweet-peas and bluebells, daisies and pansies. Hedda’s was striped in purple, green and white, with silhouettes of witches and dragons. Florian’s book was only little, a nice warm red, with Father Christmas and a yule log.’

Byatt’s lush descriptions of nature and the art inspired by it are what puts The Children’s Book firmly on this list.

An early 20th century hit that seems ripe for a modern film adaptation, The Enchanted April brings us four very different women who respond to a Times advert to rent a medieval castle in Portofino. The beauty of their surroundings starts to work magic on their inner lives just as it seduces the reader.

Von Armin was the cousin of Katherine Mansfield and lover of H.G. Wells, and she is widely credited with putting the Italian riviera and Portofino on the tourist map. She certainly knew what she was doing. She has her characters reach the castle at night via a zig-zag path (‘under trellises, and trailing sprays of scented things caught at them and shook raindrops on them, and the light of the lantern flickered over lilies’), thus delaying the reveal of the surroundings until the next morning, when shutters are thrown open and . . . ‘All the radiance of April in Italy lay gathered together at her feet. The sun poured in on her. The sea lay asleep in it, hardly stirring. Across the bay the lovely mountains, exquisitely different in colour, were asleep too in the light; and underneath her window, at the bottom of the flower-starred grass slope from which the wall of the castle rose up, was a great cypress, cutting through the delicate blues and violets and rose-colours of the mountains and the sea like a great black sword.’

Gifty, a Stanford scientist, is the sister of a young man who suffered an opioid addiction. Since childhood, she has been managing her mother’s depression by trying to recreate her brother’s lost potential. As a child, Gifty, finds a baby bird fallen from its nest and conducts osmosis experiments at school on eggs, and these are not coincidences: this extraordinary second novel is threaded with analogies about endings and beginnings, renewal and return.

As well as writing over forty novels, Dame Penelope Lively has always been a keen gardener. In Life in the Garden she memorialises her own life in gardens, from a childhood in Cairo, to Somerset, to Oxfordshire, to North London – but perhaps more importantly, she uses these real gardens as portals to share her own insights and research about gardens and gardening in literature, art and philosophy. This premise provides the reader with delightful leaps from sundowners with her husband by the stream to musings on medieval triptychs displaying Adam, Eve and ‘Gaudi-esque fountains.’

Not everyone is happy about the end of winter. Nature writer Tim Dee tells us that as a child he asked a question about the consequences of spring: ‘If a snowdrop has died what possibly could be happy about a cuckoo?’ Greenery is perhaps his attempt to come to terms with the coming of spring. He traces its arrival between the winter and spring solstices, moving north ‘at about walking pace’ from the Sahara to Scandinavia, following migrating birds like the swallow and the redstart, and regaling us with other writers’ takes on the season as he goes.

In her debut novel, Chimamanda Ngozi Adichie writes about life in post-colonial Nigeria through the eyes of Kambili, a teenager from a privileged but stifling and abusive background. Although dark in places, the book is ultimately about new beginnings and is fragrant with coconut rice, cashew trees and bougainvillea – and of course the flower of the book’s title – found in the garden of her aunt’s house, a place where Kambili and her brother taste freedom.