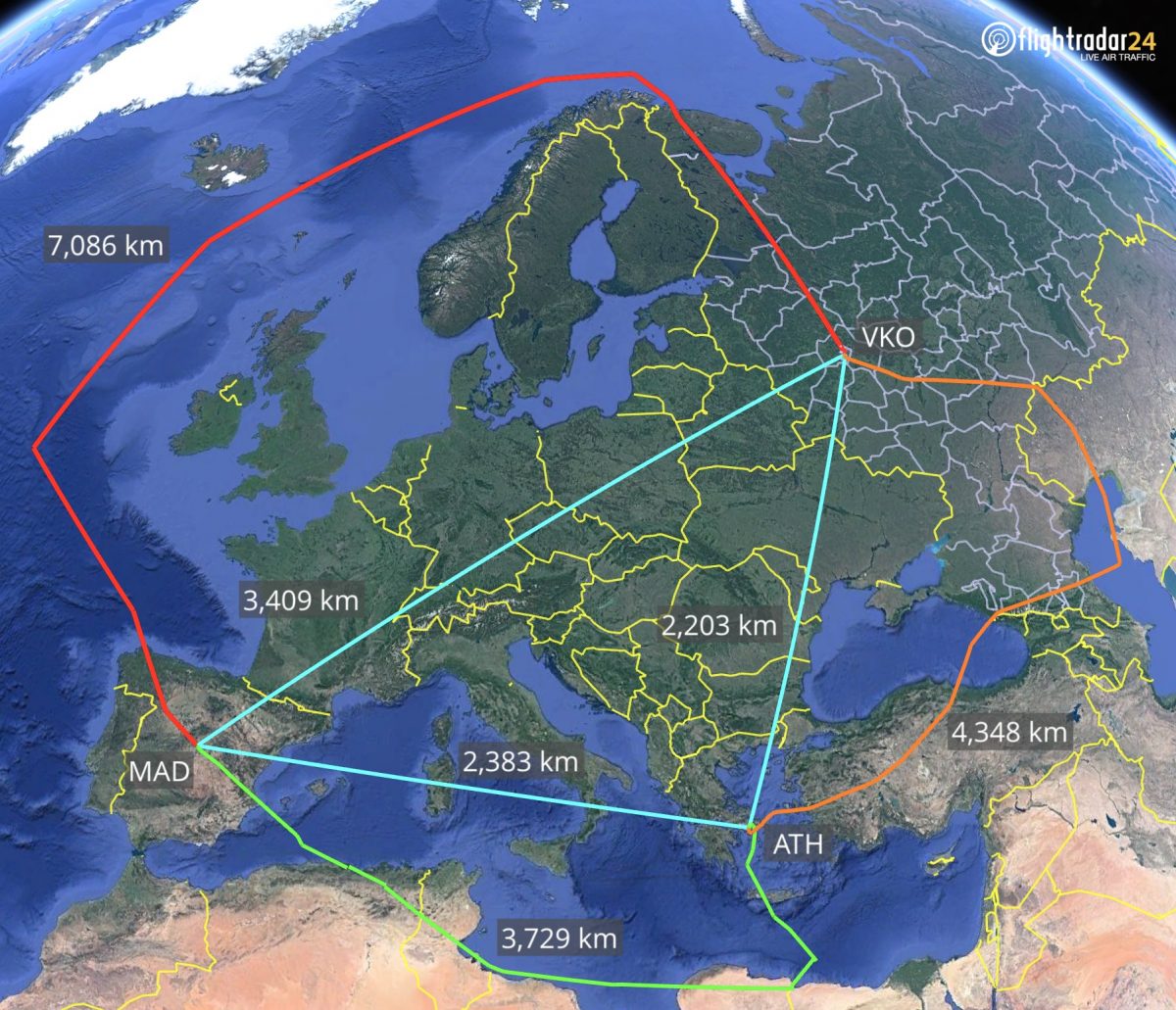 As soon as the war in Ukraine started, various European countries started closing their airspace in an effort to sanction Russia. Soon after, the measure was adopted at EU level, while others around the world, among which the USA, also applied the ban. This has not only led to increased costs and hours of extra flight times, but avoiding Ukraine airspace has also disrupted traffic flows across the entire European Union.

To further send a clear message toward Russia, Spain and Greece were the first ones to expel the country’s diplomats from their capitals. An aircraft was sent to bring the ambassadors back home but while Spain and Greece made an exception from the airspace ban on this occasion, the rest of Europe did not. Thus, the flight had to avoid the entire continent and, according to Flightradar24, covered a total distance of 15,163 km, almost as much as the current longest flight in the world, between Singapore and New York. The journey had 3 segments, Moscow-Madrid, Madrid-Athens and finally Athens-Moscow, all of which were re-routed to bypass the interdiction zones.

The first and longest segment of the journey was form Moscow to Madrid. In order to keep in international airspace until arrival to Spain, the aircraft had to go directly North and then around the entire continent, covering a distance more than double the great circle distance between the two capitals.

Leaving Spain, the Russian aircraft had to go around the South of the continent this time, crossing over North Africa and the Mediterranean. Once above Egypt, it made a sharp turn North to finally approach its destination in Greece

On the last leg of the journey, the flight went through Turkey, which still allows Russian aircraft to use its airspace. Then it avoided the Russian airspace bordering Ukraine, which has been off limits to most flights since the conflict began, and ultimately reached its final destination in Moscow.