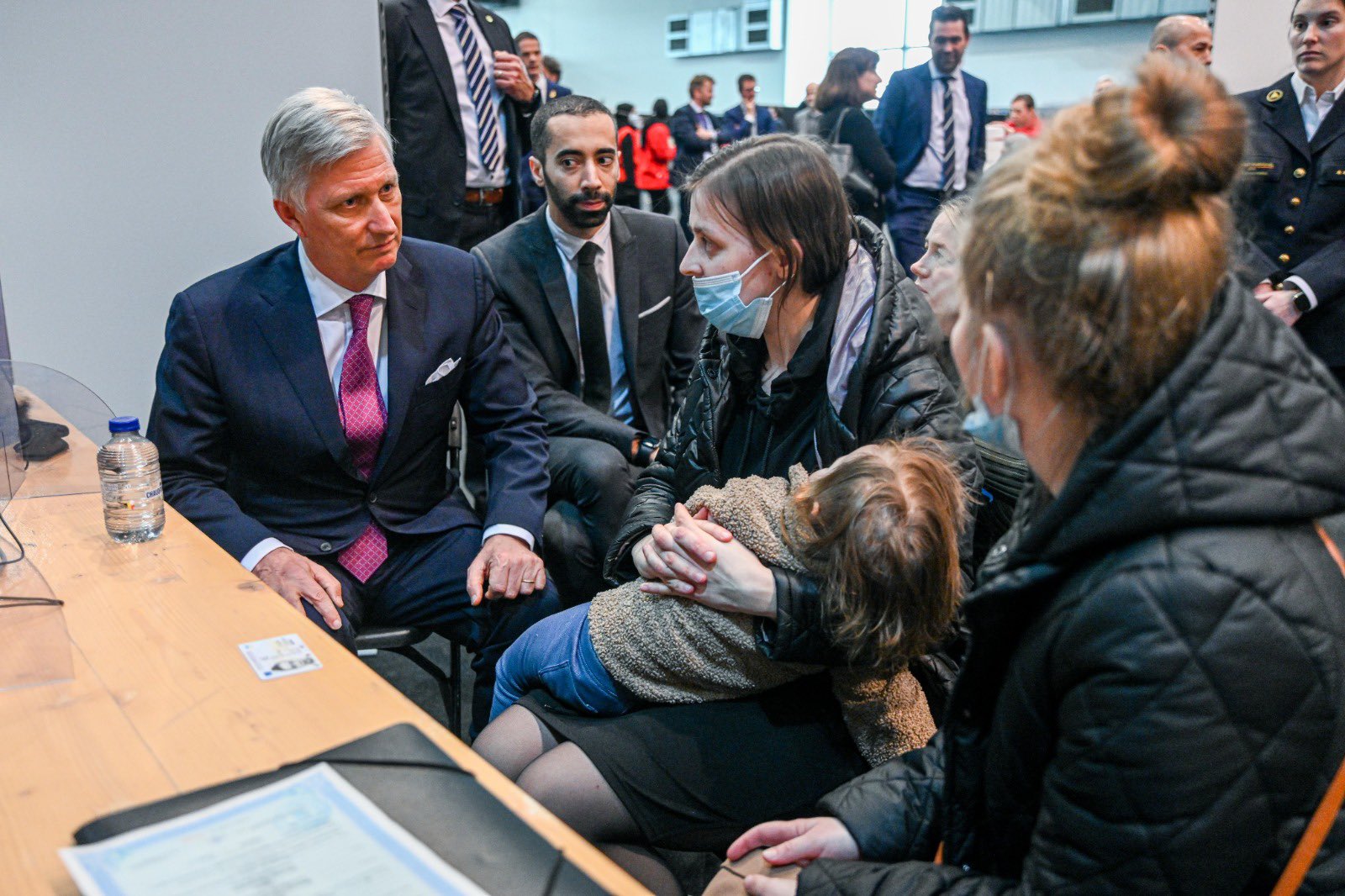 Custom made LEGO of President Zelensky raised over $150,000 for Ukraine

After a visit to the asylum centre at Palace 8, near the Atomium, the Belgian Royal Family has decided to offer some of the properties of the Royal Trust to be used for housing Ukrainian refugees.

King Philippe and Queen Matilda of Belgium have decided to put two of the properties owned by the Royal Trust, an autonomous public institution that has been managing Belgian assets since the early 1900s, at the disposal of three Ukrainian families. According to Jan Smets, the President of the Trust, the lodging’s purpose has always been to help the people in need.

This is housing whose original purpose was to be made available to social agencies to accommodate people on low incomes, a mission that corresponds with what we hope to achieve at the Royal Trust.

Jan Smets, President of the Royal Trust, for RTBF

Belgium is expected to receive 200,000 refugees as a result of the war in Ukraine, while 10,000 have already been registered in the country and received temporary shelter and protection. In anticipation to the further arrival of people, the Royal properties, one in Brussels and one in Wallonia, are being renovated and redecorated and should be ready to welcome new inhabitants by the beginning of April.

Furthermore, another property located in Tervuren, which, until recently, has been used as a vaccination centre, will also be made available to the municipality and converted into a centre for the collective accommodation of Ukrainian refugees.

The Belgian Royal family has shown its kindness and generosity before. Following heavy flooding in the Walloon region last summer, the Royal Trust also made accommodation available to the disaster victims who lost their homes. Even back in 2009, when Albert II was King, with his wife Queen Paolo, the Royal Family donated one of the apartments of the Trust to house some of the homeless people in Belgium.