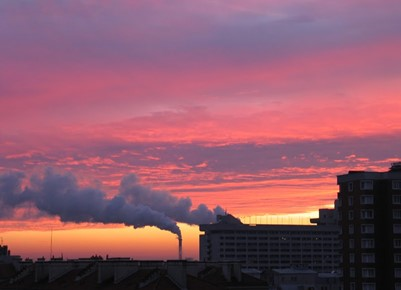 Schaerbeek’s Maison des Arts: a hidden jewel and a testament to rapid urbanisation

New research  published this week by Zero Waste Europe (ZWE) about incinerators in three countries – Spain, Czechia, and Lithuania – finds a high level of contamination in the vicinity of incinerators, posing a significant risk to the environment and to the health of people living nearby.

To assess the real impact of waste incineration, the biomonitoring research conducted by  ToxicoWatch Foundation for ZWE analysed the presence of persistent organic pollutants (POPs) in the surroundings of incinerators in Valdemingómez (Spain), Pilsen (Czechia, and Kaunas (Lithuania).

The study used bioassays, an analytical method to determine the concentration or potency of a substance by its effect on living animals, plants, living cells, or tissues. This particular study used carefully collected biomarker samples – such as  eggs of backyard chickens, pine needles, and mosses – in areas around incinerators.

The research found that:

The research warns of the impacts of the current incineration strategy for human health and highlights the incompatibility of the current incineration heavy strategy with the EU’s zero pollution agenda. It also gives a warning signal for contamination of the environment with highly harmful toxic substances for human health and the environment – such as dioxins (PCDD/F), dioxin-like PCBs, PAHs, and PFAS.

There is an urgent need to assess the real impact of waste incineration on human health and the environment. People living near waste incinerators need to be reassured about their health risks and the safety of such combustion facilities.

Based on the report conclusions, ZWE and the research project group strongly recommend to: