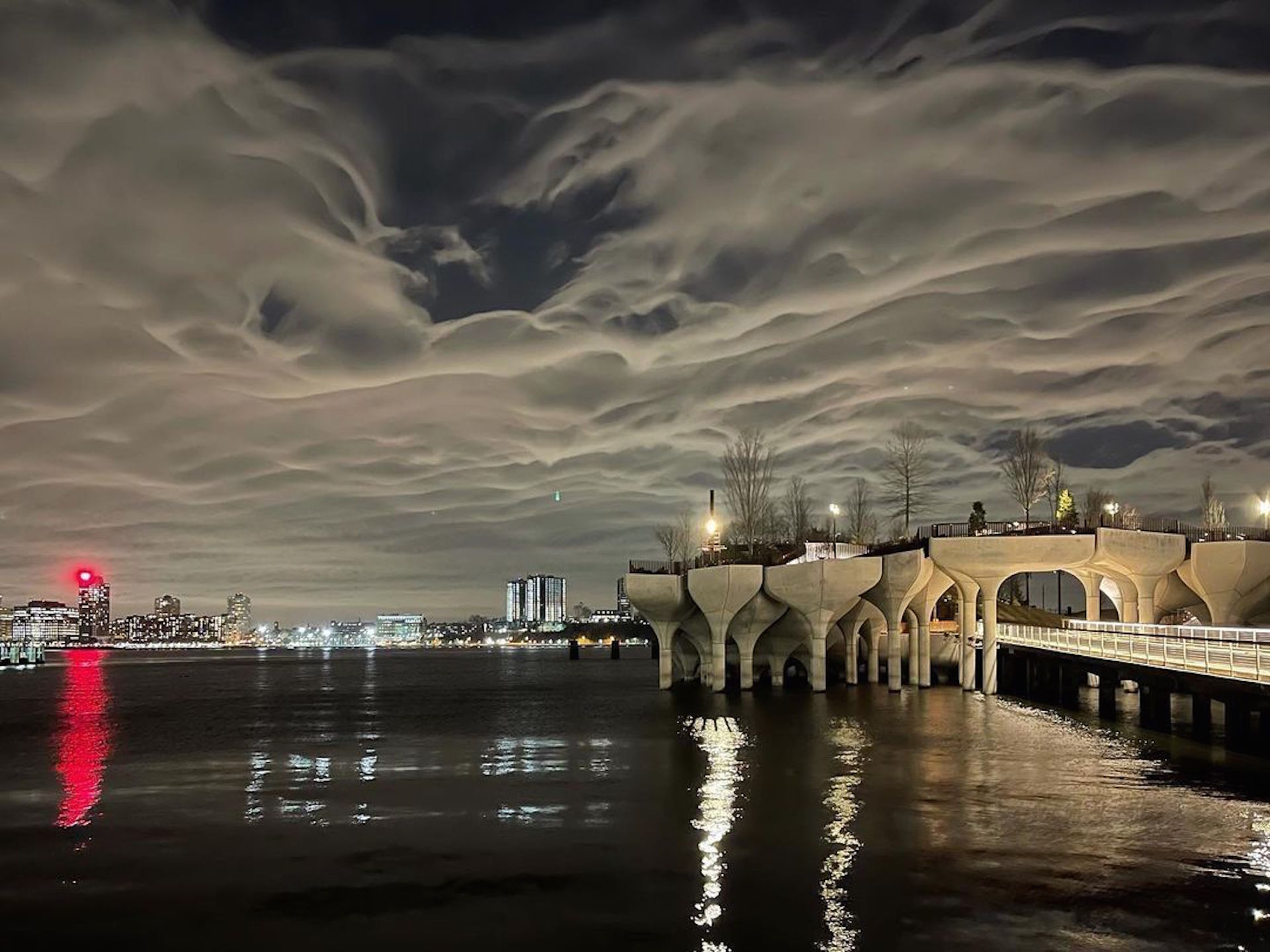 The land of Hudson River Park, where Little Island is located, was once home to the Lenape tribe during the early colonization of America. The Lenape used the park land as a seasonal encampment for hunting and fishing, in addition to conducting trade along the Hudson River.

I hope Little Island will serve as a whimsical oasis for everyone who visits, a place to wander around and be happily surprised at every turn, to lounge and graze the landscape, and to be entertained, educated, and stimulated by our programming

The 19th and 20th centuries saw the Hudson River waterfront transform into a busy port of entry. Between 1910 and 1935, Pier 54 operated the British Cunard-White Star line, serving as a point of departure and return for trans-Atlantic ocean liner voyages. In 1912, survivors from the famed Titanic disaster arrived to safety at Pier 54 while aboard the RMS Carpathia rescue liner.

In 1915, the RMS Lusitania departed from Pier 54, only to be sunk by German U-boats off the coast of Ireland five days later as a casualty of World War I. The steel archway at the foot of Little Island’s South Bridge entrance still remains from the Cunard-White Star building.

The park offers 2.4 acres of brand new land above the Hudson River filled with more than 350 species of flowers, trees, and shrubs and is complete a whole new vantage point from which to look at Manhattan.

The pier eventually fell into disuse until the 1970s to the early 80s, when Pier 54–along with other piers south of Chelsea–became a safe haven for New York City’s growing LGBTQ community. Here, they could openly socialize without fear of harassment and discrimination.

In 1986, Pier 54 became home to the annual Dance on the Pier event. For over 25 years, the event took place at the pier as part of the Pride festivities. Pier 54 eventually became part of the newly-formed Hudson River Park in 1998, where it also served as a venue for summer events and concert series. In 2012, Hurricane Sandy hit New York City’s coastline, heavily damaging several piers along the Hudson, including Pier 54.

In 2013, Barry Diller of the Diller-von Furstenberg Family Foundation, in partnership with Hudson River Park Trust leadership, embarked on the unique opportunity to envision a solution for the repair and reactivation of Pier 54, recently damaged by Hurricane Sandy. Diller chose to re-imagine an entirely new type of public space for New York, one that would create an immersive experience with nature and art.

The floating structure, which is accessible via West 13th St., was built unattached to land. It can thus rise or fall with the river’s water levels, and is made up of 280 concrete piles in the form of tulips.