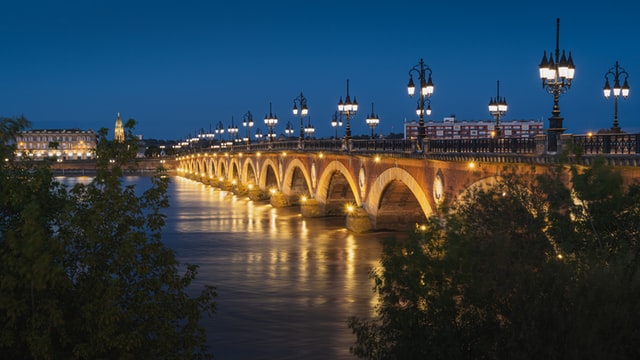 Is Bordeaux the new ‘City of Love’?

For the first time ever, a Belgian beach welcomes wedding ceremonies

« Je t’aime, je t’aime. Oh oui, je t’aime. Moi non plus. Oh, mon amour. » Some of you might recognize these lyrics, others might not. In France, however, every single person will know about Serge Gainsbourg’s and Jane Birkin’s oh-so famous song about love. And let’s be honest, when we think about love, France is probably one of the first countries that comes to mind. The language, the je ne sais quoi, the landscape… When in France, it’s hard not to be in love and Paris might well be the world’s most romantic city altogether.

Or at least, that’s what we thought. We thought there was nothing more romantic than spending a weekend in the city of lights with the love of your life. We thought it was the perfect way to revive the spark, to make your bond even stronger or maybe even to ask your partner to marry you. In more or less every single romantic Hollywood movie out there, that’s the impression you get and so, after a while, that’s what you start to believe. But…

Holiday accommodation service Holidu tells us otherwise. They went on a quest to find France’s most romantic city and it turns out Paris didn’t even make the top ten. In order to come to that conclusion, they analyzed booking data around Valentine’s Day for every single French city with more than 70.000 inhabitants. And according to their findings, not Paris but Bordeaux should be called the City of Love.

Even though Bordeaux is quite well-known to anyone living in France, it might not be to you, so let’s talk a bit about this romantic city. Located in the South-West of France, not far from the ocean, the city is first of all famous for its delicious wine. Perfect if you want to have a romantic dinner with your loved one, all while enjoying a bottle of red.

Yet it’s much more than that. Thanks to its strategic location, the city’s also a goldmine for anyone who loves a bit of history. A walk through the small and dwindling streets suffices to take you back in time. Bordeaux is actually one of Europe’s biggest 18th-century architectural urban areas, so there’s a lot to see and discover. Although even contemporary architecture lovers will find what they’re looking for, with the Cité Frugès by Le Corbusier and the Mériadeck district. And if that’s not enough, don’t hesitate to go and visit one of the city’s many museums, like the Musée des Beaux-Arts. A bientôt?