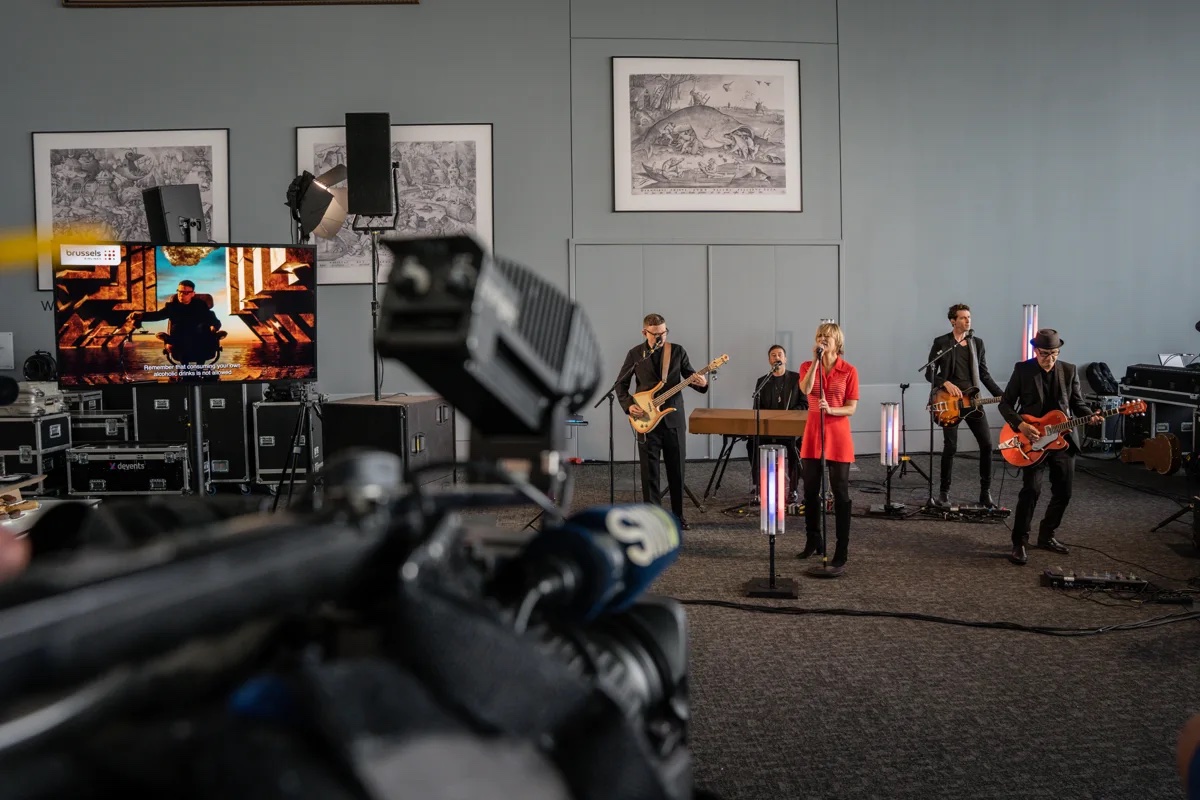 The Belgian band Hooverphonic, who represented the country at the Eurovision song contest in 2021, has now partnered with Brussels Airlines to create a song with the lyrics of the safety instructions. The video is rolled out on all of the airline’s long-haul aircraft from 1 August.

The group wrote a song based on the exact lyrics of the instructions. The result is an interesting video, in which the song is mixed with surrealistic images, including an artistic homage to Magritte, another hallmark of Belgian culture. The video was directed by Jan Boon and the technical part was handled by virtual reality production house Studio Regie in Merelbeke.

When Brussels Airlines asked Hooverphonic to write a song with the text of the safety instructions, I really thought it would be impossible. But at the same time, I love that kind of challenge and we went for it. I’m glad I persevered. After a few tries, we are now ready for take-off!

Brussels Airlines launched the video to draw the attention of their passengers to the important safety instructions of a flight. “Fully in line with their long tradition of putting the very best of Belgium on the world map, the national airline took the iconic Belgian band Hooverphonic under their wing”, reads a press release from the airline.

For years now Brussels Airlines has been a flying ambassador for Belgium, offering a selection of Belgian beers, wines and chocolates on board. As of this week, Belgian music is also part of that selection.

On 1 August Hooverphonic surprised departing passengers at Brussels Airport with a short and intimate set at one of the gates. During that set, they performed, apart from two of their own songs, the song they created for the Brussels Airlines safety video.

​“The safety instructions we give on board at departure are essential. Safety is our priority but that is not a synonym for bland at Brussels Airlines. For years we have tried to attract the attention of our passengers with humour and creativity. The result of the unique collaboration with Hooverphonic is the perfect example of this. We are very happy that our Belgian pride has taken up the challenge and pulled out all the stops to create a surprising song and clip that will be going around the world from today”, said Michel Moriaux, Head of Marketing, Brussels Airlines

In order to keep drawing the attention of its passengers to the crucial safety instructions on board, Brussels Airlines has for many years now created creative videos instead of the classic safety videos. Until recently, the safety instructions were presented with a humorous animated film. Previously, the Red Devils also gave the instructions.