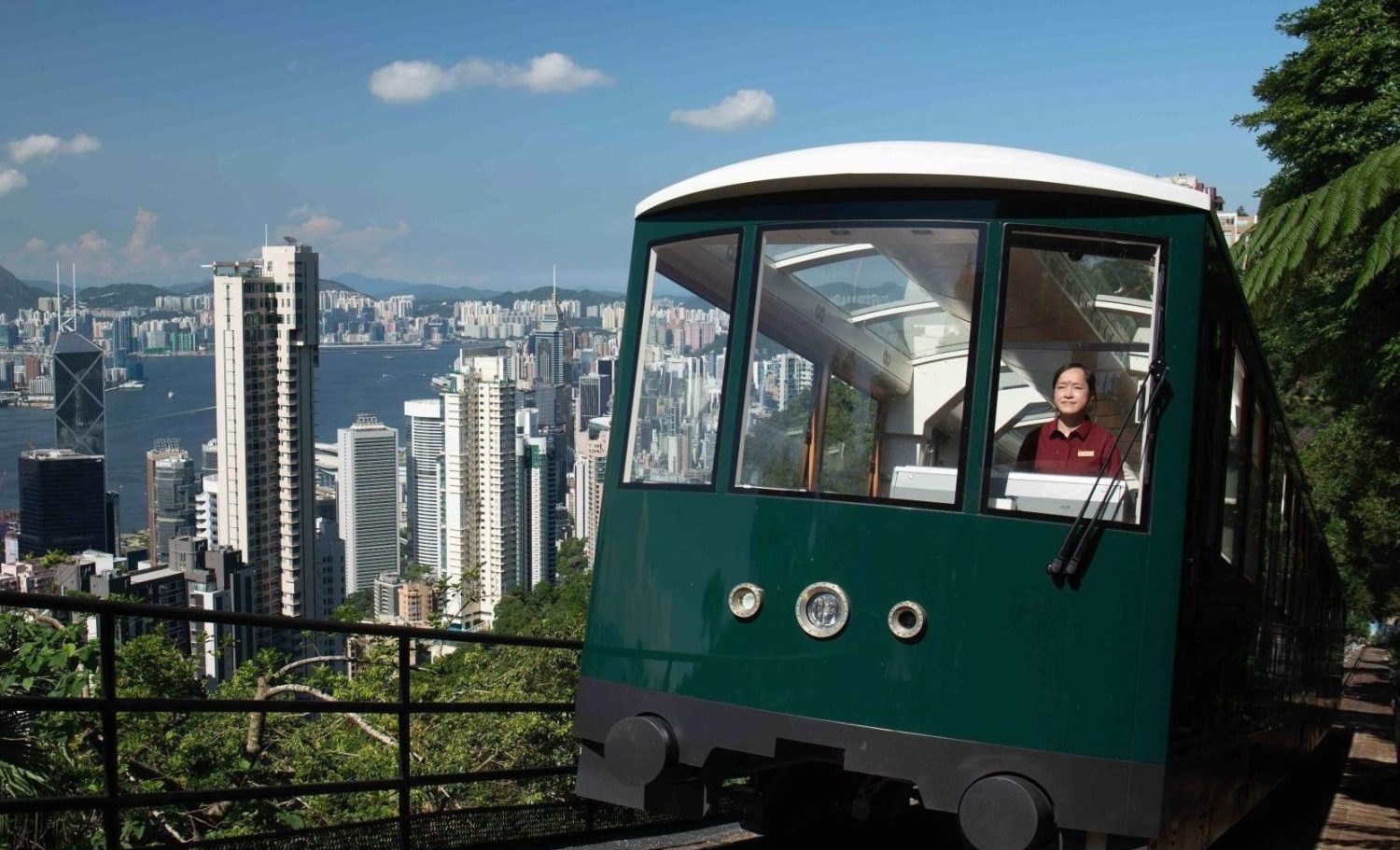 France is paying car drivers €4,000 to switch to electric bikes

The Peak Tram is one of the oldest and most famous funicular railways in the world, as well as one of the city’s most recognisable tourist attractions. Since 1888, the tram has ferried locals and visitors up to Victoria Peak – Hong Kong island’s highest spot.

After a year-long closure, the Peak Tram finally reopened to the public on August 27.

To provide a more comfortable experience, the tram has undergone a renovation at a cost of HK$799 million ($102 million). The sixth generation of the tram now includes new haulage, control and signalling systems, new ropes and track rails, and longer tramcars, which means that the tram can now hold about 200 passengers.

The renovation project also included the refurbishment of its Central and Peak Termini to facilitate the new, larger capacity tramcars. Additionally, the entire area is now wheelchair friendly as platforms and tramcar floor levels have been aligned to provide enhanced step-free access.

A dynamic, brand-new entertainment experience is also part of the new project. The experience includes 5 engaging zones: Eye of Infinity, The Beating Heart, An Icon is Born, Once Upon a Tram, and Go Wild at the Peak at the Central Terminus.

The Central Terminus has a waiting area that can accommodate up to 1,300 people. While waiting in line, guests can watch a video showing some of the animals who live on the Peak, such as toads, birds, porcupines and wild boars.

Finally, a new and informative audio-visual display at the Peak Terminus has also been created.

The Peak Tram travels 396 metres from Garden Road in Central to Victoria Peak, along 1.4km of steep slope with a gradient of up to 25.7 degrees. The tram was designed by Scottish-born designer Alexander Findlay Smith, who lived on the Peak along with 30-40 expat families who inhabited the area in the early 1880s because of its cooler climate. With the only access being by sedan chair, Smith began looking at the best means of transport for climbing steep hills and travelled to Europe and North America. He returned with a plan for the tram, which would became the first cable funicular tramway in Asia.

The government gave approval for the project in 1882 and the Hong Kong High Level Tramways Company was created. In September 1885 construction began and the line was officially opened in May 1888 by Governor Sir George William des Voeux. The tram connected Murray Barracks to Victoria Gap with five stops in-between, and following Smith’s purchase of Dunheved House, originally a restaurant and bar, the building close to the tram’s planned terminus was turned into the Peak Hotel and opened in 1888 in time for the line’s official opening. In the first year of its life the Peak Tram carried around 150,000 passengers.

The first trams were made from varnished timber with rows of wooden slatted seats at the front and rear of the carriage, which seated a total of 30 people, and an enclosed compartment in the middle for first class passengers (Peak residents and government officials). From the years 1908 to 1949 the tram also had its first two front seats reserved for the Hong Kong governor with a bronze plaque attached reading, ‘This seat is reserved for His Excellency the Governor.’ The seats could be used by other passengers only two minutes before departure.The Peak Tram was powered by coal-fired steam boilers before being replaced by an electrically powered system in 1926. In 1956, the old wooden carriages were replaced by a new generation of lightweight metal-bodied carriages seating 62 people.

Later on, in 1989, it was updated again, rebuilt with new tracks, as well as a computerised control system and two new carriages with a capacity of 120 passengers. By 1997, the Peak Tram was carrying two million passengers a year, and before the Covid-19 pandemic numbers were up to four million.