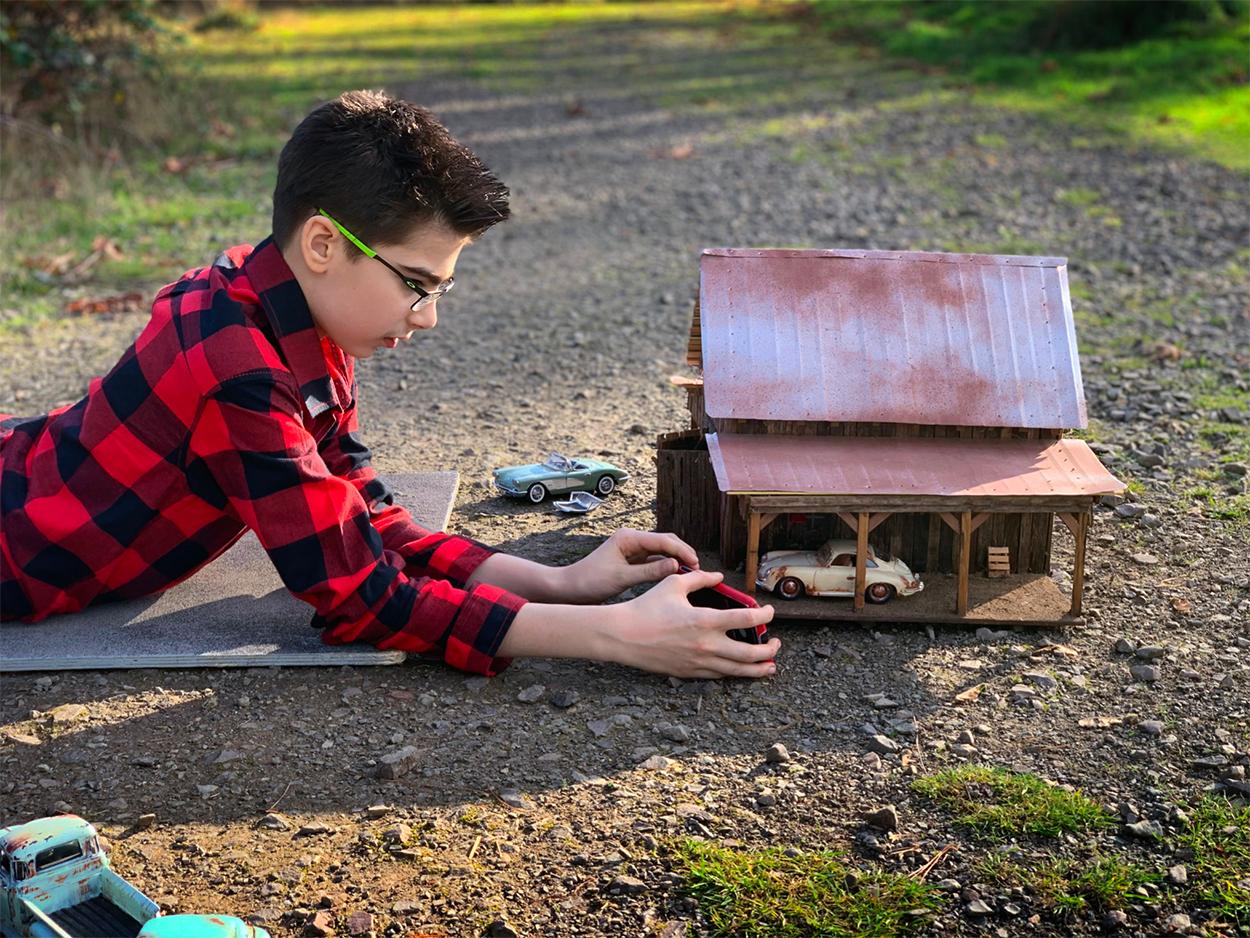 An autistic 13-year-old kid is finding his own way to cope with his condition by taking amazing pictures of miniature cars and making them look like real cars. Anthony Schmidt’s peculiar talent has granted him a spot on Instagram, where he has shared more than 2,000 images with a crowd of around 9000 followers.

Schmidt’s passion for collecting and photographing toy cars has helped him raise nearly $46,000 through the crowdfunding platform Kickstarter, with the aim of producing a coffee table book of his work and share it with the world.

The images taken from Anthony were first shared by his mother, in July 2019, in a local Woodinville Neighbors Facebook group. She says her son quickly became a local celebrity and she did not expect such enthusiasm from the wider public.

The boy uses his mother’s iPhone to produce images of the miniature cars that look as if they’re life-sized. His mother says his interest in cars started very early, shortly after he was able to speak, recalling how he could name various different brands and models of vehicle.  “He takes photos every single day. He always brings cars with him wherever he goes. Most of the time there is no big set up, he just sees a spot he thinks is special and starts shooting,” the mother said.

2. A window to the world

“Anthony has autism. For him, that means a lot of things we take for granted are extremely difficult for him. For example, his senses are turned way up —smells, sights, sounds are often too much for him, but it also means he sees details that others don’t notice,” the mother explained about her son’s condition. “That’s why he’s able to create these amazing pictures of his miniature cars. It’s truly a window into the way he sees,” she added.