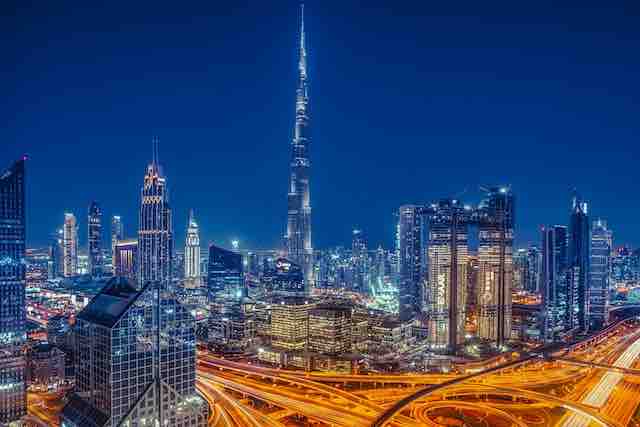 Kerala offers a diverse and rich range of experiences for travellers

Revival of holidays by air in 2022, with large share of last-minute bookings, says TUI Belgium

With more than 40 new flights from the UAE to Doha, Dubai will be “the major gateway” to the World Cup.

Qatar is getting ready to welcome over a million football fans during the Qatar World Cup, which will take place from November 20 to December 18. But there is one drawback for the Gulf State: Most football fans won’t stay in Qatar.

The lack of accommodations is forcing thousands of visitors to find a place to stay in neighboring countries. Fans will fly to the games from the major Middle Eastern cities thanks to match-day flights that will benefit the aviation and hospitality industries across Arabian countries, including the UAE, Saudi Arabia and Oman.

Dubai is the city that will take the most advantage from this World Cup. The UAE will offer about 40 new flights to the host city, Doha. Moreover, a new hotel built on the Palm in Dubai will host guests who plan to take a flight to Doha with simpler immigration procedures.

According to Paul Griffiths, CEO of Dubai Airports, Dubai will be “the major gateway” to the Qatar World Cup as the hotel capacity in Dubai is much higher than in Qatar.

The amount of hotel capacity in Qatar is fairly limited and we’ve got so much to offer here.

Qatar estimates that the tournament will attract about 1.2 million visitors, who will add around $17 billion to the country’s economy. To cope with the lack of accomodation options, organizers will lease two cruise ships and set up more than 1,000 tents in the desert.

Neighboring countries are organizing festivals to invite fans to stay there, and plan to make travel procedures easier and faster. According to the Saudi Tourism Authority, Saudi Arabia will welcome about 3,000 visitors during the World Cup. Additionally, those who have a Qatar’s Hayya fan card can apply for multiple-entry visas to the country.

The event is expected to “raise the profile of many regional destinations,” says Oman’s Ministry of Heritage and Tourism, adding that the World Cup’s economic impact will go beyond the event.

The connection of Doha with neighboring major cities will be facilitated by a regional shuttle service that will connect Qatar’s capital with cities such as Muscat, Riyadh, Jeddah and Kuwait City.

Qatar World Cup is a much more compact event compared to the past tournaments. Two of the game venues are only about a 10-minute drive apart, while the third one is 1 hour away. During the 2018 edition, Russia hosted the tournament in over 11 cities. The 2026 edition will be organized in different venues across Mexico, Canada, and the US.

I expect for first-time visitors to the region to leave impressed.

Alan Holt, managing director of Expat Sport, explains that a compact format allows football fans to watch more than one match per day.

He added that accommodation shortages for this type of mega events are nothing new and that World Cup fans are prepared to travel for matches.