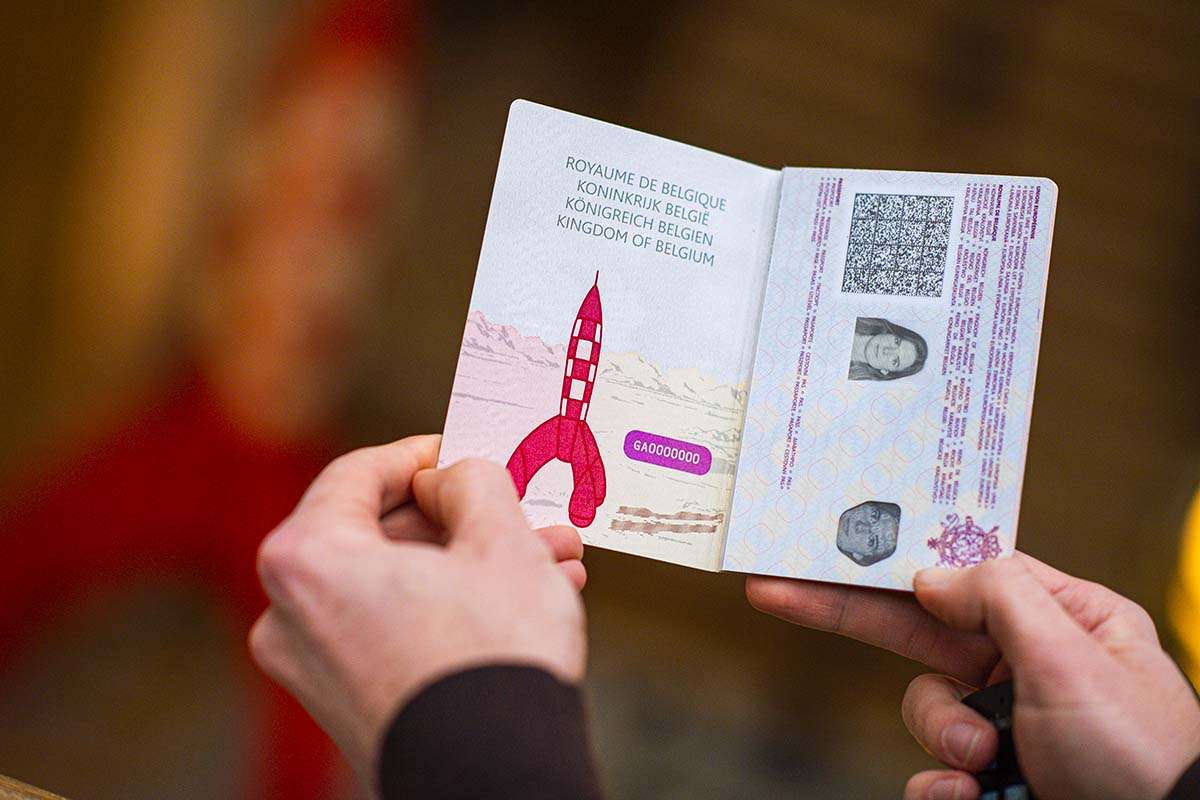 Belgium’s heroines and heroes of comic strips will be travelling the world stamped on the new Belgian passports. Described as “the jewels of our culture” by the Belgian government, the new identification document will be available at the embassies, consulates and city halls as of 7 February.

Deputy Prime Minister and Minister of Foreign Affairs Sophie Wilmès presented the unique design of the new passport at the Comics Art Museum (Centre Belge de La bande Dessinée) on 27 January. Wilmès said it was a “very special day” for Foreign Affairs and the country’s representation abroad: “The comic strips are Belgian, they’re part of our culture and contribute to our influence abroad,” said Wilmès.

Hergé’s Tintin, Peyo’s The Smurfs and André Franquin’s Spirou et Fantasio are some of the comic figures that will gracious the new Belgian passports and export Belgian culture beyond borders.

Thanks to new security and personalization techniques, the security of the Belgian passport has been reinforced, the Belgian authorities said. The identification document was developed in close collaboration with anti-fraud specialists from the Belgian Federal Police and will be manufactured by the consortium of companies Zetes and Thales.

“The Belgian passport is one of the best in the world, it is a source of pride for us but also an object of covetousness for forgers. This is why we work regularly to improve security,” said Wilmès.

Luckily for the Belgians, the price charged for the new passport remains the same: 65 euros for adults and 35 euros for minors. This is the price for an ordinary 34-page passport requested in the standard procedure excluding municipal taxes, a tax that each municipality is free to set.

“The quality and security of the passport have been reinforced but the price charged by Foreign Affairs will not increase,” noted Wilmès.