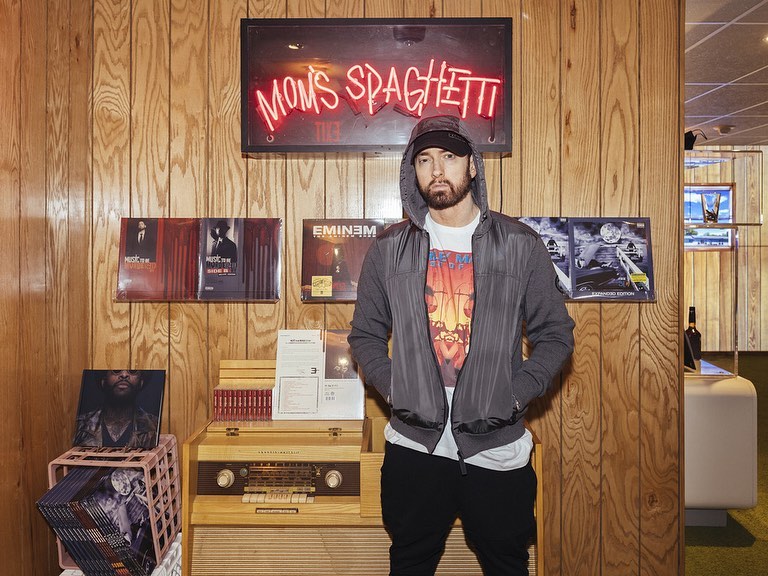 Even though there are a million reasons why celebrities are different from people like you and me, there are another million confirming they are indeed human and they are indeed somehow relatable. Yes, their houses might be ten times as big as yours. And yes, most of their problems don’t even seem like problems to most of us. And, again, yes, it seems like they are getting paid to do nothing at all. Yet they still get their heart broken every now and then, they still have to go to the dentist and they still love to eat – just like everyone.

And because of that love for food, a lot of celebrities are opening their own restaurants. Because why not jump on the food train if you’ve got the money? Ryan Gosling, Priyanka Chopra Jonas, Jay-Z, Susan Sarandon… They can all put their feet under their own restaurant’s tables. And now, another celeb is joining the restaurant-owner club. “His palms are sweaty, knees weak, arms are heavy. There’s vomit on his sweater already, mom’s spaghetti.” It’s the one and only Eminem, ladies and gentlemen.

What do you do when you’re a rapper and you want to name your restaurant? Well, you take a good look at all the songs you’ve written over the years and you choose a fitting name. And when you’re Eminem, you don’t worry too much about how appetizing that name may or may not sound. In this case, he chose for Mom’s Spaghetti (https://www.momsspaghetti.com/), a reference to his 2002 hit ‘Lose Yourself’.

If you’re thinking that you’ve heard that name before, you’re not wrong. Mom’s Spaghetti already opened its doors in 2017 as a pop-up and then again in 2020, handing out free meals to healthcare workers. Now, one year later, it was time to make things definitive and so the restaurant opened once again on September 29th on Woodward Avenue in Detroit. For good, this time. Created in partnership with Union Joints Restaurant Group, Mom’s Spaghetti is actually located within the newly-opened Union Assembly restaurant at 2131 Woodward Avenue.

“The previous pop-ups were really a test for us to determine whether there was enthusiasm for a regularly-occurring Mom’s Spaghetti spot that would be open all year long. We are really pleased to announce the arrival of the walk-up restaurant and adjacent upstairs store, called The Trailer, where fans can experience a uniquely-curated environment and obtain merch and other items from Eminem and his new pasta operation”, Eminem’s manager Paul Rosenberg stated. On the menu, clients will find just three items: Mom’s Spaghetti (with or without meatballs) and the ‘Sghetti Sandwich. Whether you like a water or a soda with that, is up to you.