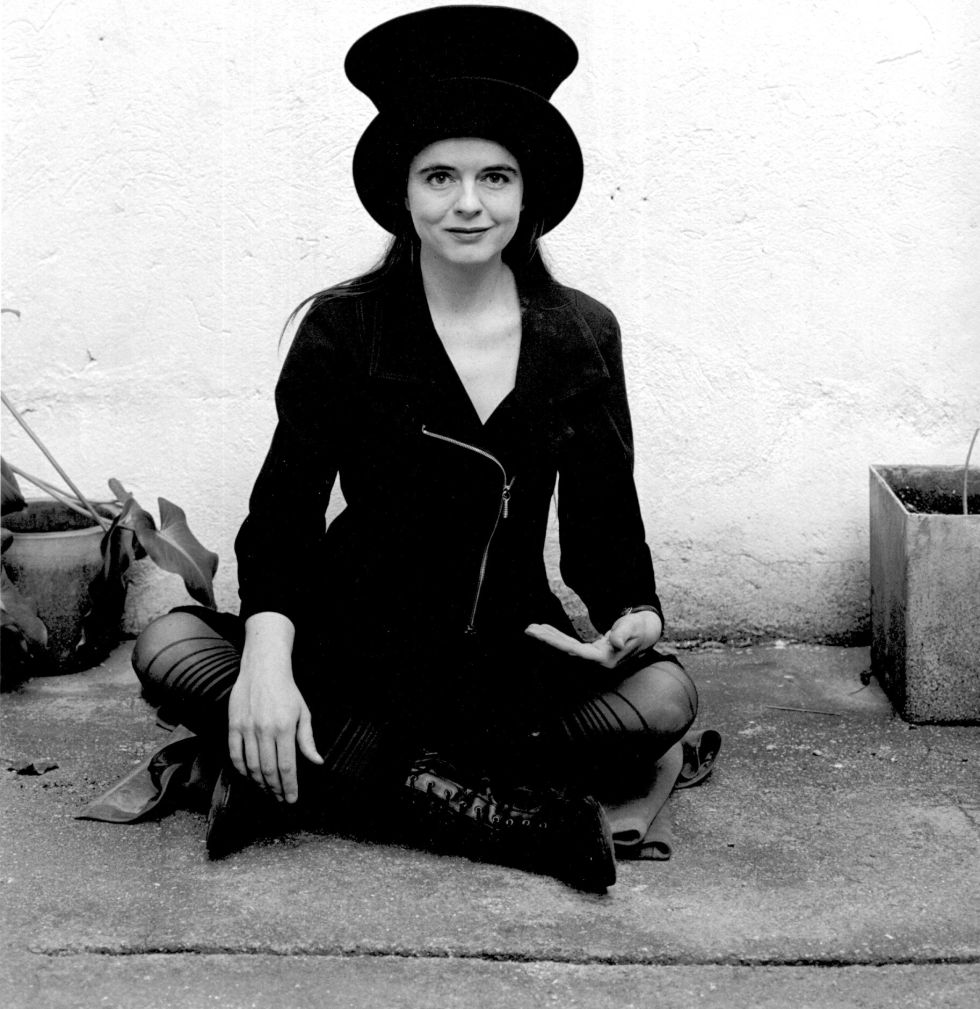 5 books that make you want to explore the Amazon

To get to know Amélie Nothomb is to get know Belgium itself. The writer, like the country, is full of contradictions.

Belgium is just a third of the size of Portugal and has a low birth-rate problem, yet the Flanders region is one of the most populated in Europe. The Walloons and the Flemish have a strong sense of their own identity, and yet internationalism and a feeling of belonging everywhere and nowhere at once permeates the Belgian psyche.

Likewise, Amélie Nothomb defies definitions. The daughter of a Belgian diplomat, she grew up moving from country to country with her family every three years, but claims it was the time she spent growing up outside Kobe – speaking her first words in Japanese with her Japanese nanny – that most influenced her. Although scholarly research indicates she was actually born in Etterbeek, a neighbourhood in Brussels, a year before her supposed Kobe birth, she denies and frequently refuses to comment on this.

Wherever she was born, it’s fair to say that Nothomb (real name Fabienne), has fabricated a sort of mythology around herself, creating her own life like one of her character’s. Her clothes are famously eccentric: she wears tall, dark, wide-rimmed hats and black clothes, which, mantling her white complexion and strong red lips, give her an almost cartoonish appearance. And we know how cartoons are loved in Belgium, the cradle of Tintin. Dressing up this way, she has created a recognisable brand – an image attention can be focused on while she gets on with the business of writing.

And let’s not forget, a business it is. You don’t become the recipient of literary prizes, such as the Grand Prix du Roman de l’Académie Française, while retaining popularity with millions of readers and garnering successful film adaptations of your books, without an acute sense of how to operate in the publishing world. Nothomb apparently spends hours every day engaging with fans, all the while poo-pooing the internet.

To my mind, this smoke and mirrors approach, these contradictions between image and reality, are not unlike the way Belgium behaves on the international stage. Thanks to the EU’s home there, the words, ‘Brussels’ and ‘Belgium’ are synonymous abroad with international political influence and the very epitome of rules and regulations. Yet, as anyone who has spent any time in Belgium knows, Belgians are rule-breakers extraordinaire. The phrase, ‘Never mind, they’re only guidelines’ is almost a national mantra. Having survived – just – being the epicentre of two World Wars in the twentieth century, Belgians have a knack for muddling through, getting things done, and shrugging their shoulders at absurdity – even when they have failed to elect a government for years at a time.

As well as ingenuity, there’s perhaps a kind of optimism (or some would say naivety) that enables a country and a person to operate on two such different planes at once. Nothomb returned to Japan as an adult, to work as a translator for a big Tokyo firm, and has said she was surprised to find, instead of ‘the paradise’ of her childhood, ‘the inferno of Tokyo’s professional life.’ How can anyone claim to be a Japanophile and still not be aware of how hellish Japan’s work culture is? But instead of shrinking or being embarrassed by the experience, Nothomb turned it into her second novel Fear and Trembling – in which a young translator and writer called (you guessed it) Amélie must endure various humiliations and misunderstandings at her prestigious employer Yumimoto. The character tries to resist, before submitting herself to a kind of trial by shame, working as a toilet cleaner, in order to come out the other side and apply herself to writing, re-forged with dignity.

The various covers for Fear and Trembling in different editions and different languages, depict a young woman, her face partly hidden. In some her lips are painted with a small pucker of red, like a Geisha; in others only a quadrant of her face is visible. In one French 1999 edition, she wears a tall, black hat, her face bowed. Is this art imitating life or life imitating life? Is the mysterious be-hatted figure on the cover supposed to be Nothomb? Is Fear and Trembling auto-fiction?

The novel that the fictional Amélie goes on to write after scrubbing toilet bowls is titled, Hygiene and the Assassin, which is also the title of Nothomb’s first book. It takes a special kind of ballsiness to fictionalise your own fiction and pretend to an authorly mythology when in fact you are only on your second book. By doing so, Nothomb cleverly directs more readers towards her first. In it, a grotesque Nobel-winning author who is dying of cancer, is approached by a series of interviewers whom he humiliates, until forced by a young female journalist to confront his own failings. We are left to wonder which character here Nothomb most identifies with? The repellent Nobel-winning writer, who barely tolerates questions about his own life, or the searingly-clever young woman who finally unravels him? Perhaps the answer lies in the name of the fictional author. He is called ‘Prétextat Tach’, and his invented illness is ‘Elzenverveirplatz Syndrome’ – a clear reference to the Brussels neighbourhood of Elsene, its square (‘platz’) and its ponds (‘vijver’). So, is there something about one of the most beautiful and diverse parts of her country’s capital, that Nothomb finds sickening?

There may well be. But as ever, it’s more nuanced than that. After returning to Belgium, Nothomb decided to live in Elsene, and professed a particular fondness for the large numbers of mentally-ill people she claimed to witness there. She even invented a fake etymology for the neighbourhood’s name, telling Parisians that it came from ‘Elsinore’, the Danish location of Shakespeare’s Hamlet, where famously of course ‘something is rotten’ (Hamlet, 1.4).

Fake etymologies, a life inseparable from her art – Nothomb is a writer not afraid of sending the public down rabbit holes. She shares her acute taste for the surreal with Magritte, another Belgian famous for his iconic black hats, his pipes that are not pipes, and the way he challenges observers’ preconceptions. As noted above, a willingness to deal creatively with the absurd is something Nothomb shares with her rule-breaking compatriots in general. Whether she likes it or not, it is perhaps her very eccentricity that makes her more undeniably Belgian than anything.