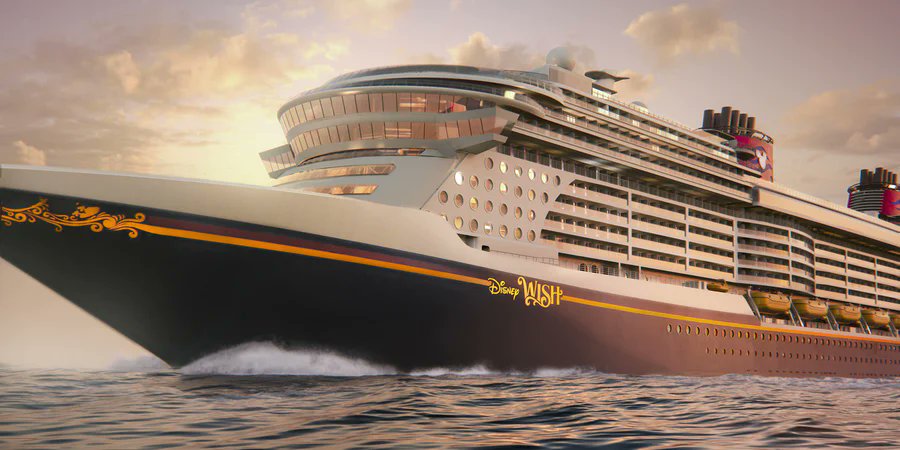 These are the most Instagrammed museums worldwide

Today Disney Cruise Line has released more information on its fifth and brand new ship, the Disney Wish, showing fans a bit more about what they can expect from the experience. Here are the details!

JUST ANNOUNCED! @DisneyCruise Line’s newest ship, the #DisneyWish, will immerse guests in the stories of Disney, Pixar, Marvel & Star Wars like never before. Check out the full list of new spaces coming to life when the Disney Wish sails in Summer 2022: https://t.co/8Xw3jA6my1 pic.twitter.com/Lg1dvkqjhn

Disney already announced the theme for the ship is “enchantment”, inspired by fairy tale castles, forests and animals, as well as the spirit of the sea. Laura Cabo, portfolio creative executive for Walt Disney Imagineering said in a statement that “Enchantment is about unlocking the wonder in everything we do and experience”, adding that the Disney Wish will have “more Disney stories and characters than ever before.”

Disney Cruise Line also already stated that the ship will feature aspects from various stories, including Disney, Pixar, Marvel and Star Wars and will maintain their traditional classic exterior of a design in the colours of Mickey Mouse. Similar to other Disney vessels the ship will have two character art pieces on its hull, but will feature Captain Minnie Mouse for the first time. Meanwhile the stern of the ship will apparently feature Rapunzel, who will be suspended by her golden tresses seemingly “decorating” the exterior of the ship with a paintbrush, along with Pascal her chameleon friend. The Grand Hall (the passengers entrance) will be a fairy tale castle-inspired, three-story atrium with gothic, baroque and French rococo influences and a bronze statue of Cinderella at the base of its grand staircase.

Some new features announced today involve going ‘to “Swim”-finity and Beyond’, with a brand-new family water attraction and three themed districts that offer dedicated space for families, children and adults alike. “The Wonderful World of Mickey Mouse” features animated shorts aboard the first-ever Disney attraction at sea, AquaMouse, with show scenes, lighting, special effects, and splashtacular surprises on the wild water ride including 760 feet of winding tubes suspended high above the upper decks. Families will also have more pools, more deck space and more dining than ever before in an expansive district themed to Mickey and friends with six pools spaciously staggered among tiered decks and surrounded by lounge chairs and a fresh take on quick and casual fare with a festive character twist.

The new Toy Story-themed district is designed especially for families with toddlers and young children, a whimsical water wonderland will includes a splash zone, wading pool, family waterslide and smoothie bar. Meanwhile adults can indulge in sun-drenched serenity at Quiet Cove, a peaceful refuge dedicated to lounging, sipping and soaking. Set away from the bustle of family activities, this secluded adults-only district will feature a luxurious infinity pool, poolside bar and chic cafe.

The ship also debuts three brand-new family dining concepts ranging from theatrical entertainment to cinematic adventure to sophisticated elegance. Arendelle: A Frozen Dining Adventure is Disney’s first “Frozen”-themed theatrical dining experience that will bring the world of Arendelle to life through immersive live entertainment — featuring favourite characters like Elsa, Anna, Kristoff and Olaf — and world-class cuisine infused with Nordic influences. Worlds of Marvel is the first-ever Marvel cinematic dining adventure, where passengers play an interactive role in an action-packed Avengers mission that unfolds around them, complete with a worldly menu inspired by the Marvel Cinematic Universe. Finally, 1923 is named for the year the Walt Disney Company was founded and is an elegant celebration of the company’s legacy, paying homage to the golden age of animation and offering a tasteful tribute to its Californian heritage with dishes inspired by the state’s unique fusion of cultural flavours.

Among other features, the ship also promises ‘A Whole New World of Family Entertainment’, combining innovative design, technology and storytelling to create immersive entertainment environments that will surround guests in Disney stories in new and unexpected ways on board the Disney Wish. The experiences will be for both adults and children of all ages.

There are three new Disney Cruise Line vessels being built at the Meyer Werft shipyard in Germany by 2025, with the Disney Wish being the first of these and expected to enter service in summer 2022. The three ships will be slightly larger than the Disney Dream and Disney Fantasy, weighing approximately 144,000 gross tonnes, and will run on liquefied natural gas.