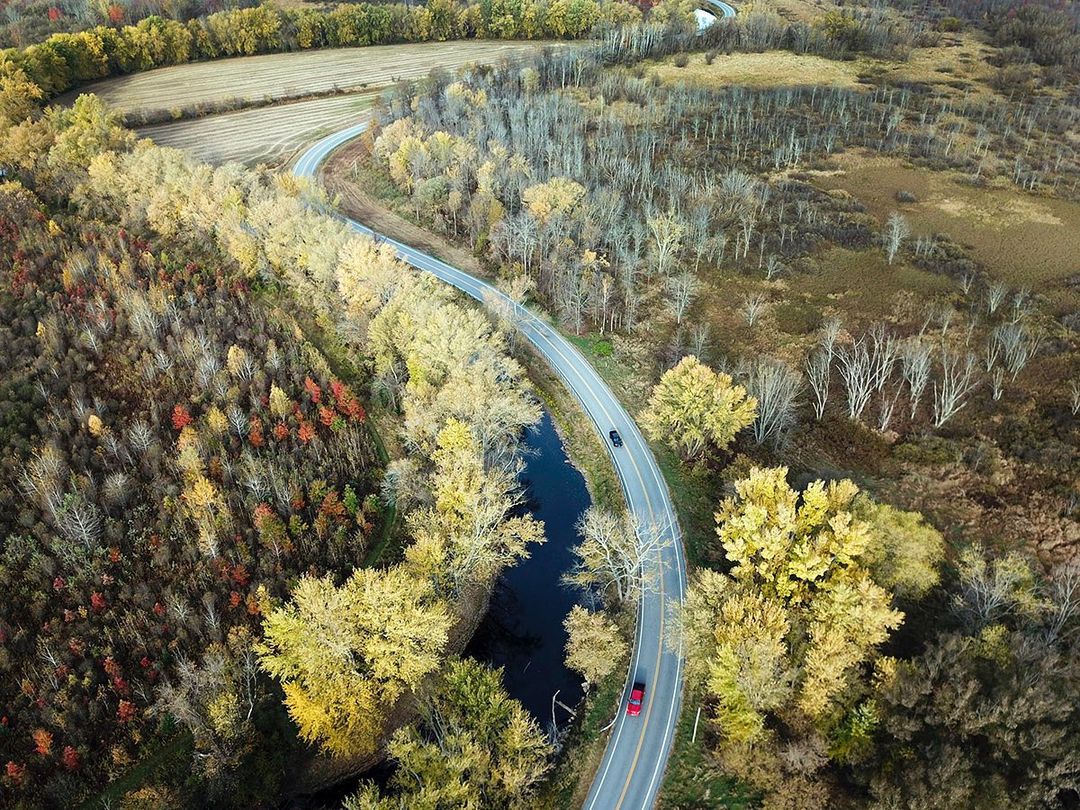 Vermont, a small state in New England, is a popular spot among hikers and skiers thanks to the presence of the famous Green Mountains range, which runs north–south up the middle of the state. Even the state’s name comes from the French “Vert Mont,” meaning green mountain. Although Vermont is the 8th smallest state in the US, there are several interesting facts about this New England’s state. Here are 10 things you probably don’t know about it!

1. Vermont has the smallest capital in the US

With a population of just 7,248, Montpelier – Vermont’s capital – is the smallest state capital in the U.S, as well as the only capital without a McDonald’s. Additionally, Vermont’s state capitol building in Montpellier is one of the very few to be adorned by a gold dome.

2. Vermont was a country

Before joining the Union in 1791, Vermont was an independent country. Founded in 1777, the Vermont Republic operated a post office and issued its own currency called Vermont coppers. Once Vermont joined the Union, it became the first state admitted after the original thirteen colonies.

3. It is a progressive state

Vermont is one of the most progressive states in the US. In 1777, Vermont became the first colony to ban adult slavery in response to abolitionists’ calls across the colonies. In 1858, Vermont ratified a stronger anti-slavery law into its constitution. Although Rhode Island and Connecticut had outlawed overseas slave importation already in 1774, these colonies still allowed inter-colony slave trade. In 1999, Vermont’s Supreme Court ruled that same-sex couples must receive the same benefits as any other couple under the Vermont Constitution. One year later, Vermont became the first state to pass a law granting the full benefits of marriage to same-sex couples.

4. Vermont is a lead producer of maple syrup

With over two million gallons being produced yearly, Vermont is the lead producer of maple syrup. The state generates over 50% of the country’s total maple syrup and it is also home to the highest concentration of sugar maple trees in the US.

Ben & Jerry’s ice cream began in Vermont in 1978 thanks to Ben Cohen and Jerry Greenfield. The two friends started their business in a gas station in Burlington, the most populous city in Vermont. The first franchised scoop shop opened in Shelburne, Vermont, in 1981. In 2000, the company was sold to Unilever, the British-Dutch transnational consumer goods company, and today Ben & Jerry’s are sold in over 35 other countries across the globe.

7. No Target until recently

Due to its strict land-use laws, Vermont has prevented several big-name stores from opening within its borders. A unique law has played a role in shaping plans by big corporate retailers to operate in Vermont. The law gives discretion to regional commissions, which can deny permits to any projects that could somehow ruin the scenic beauty, historic sites or natural areas of the state. For example, Target was opened in South Burlington only in October 2018.

8. Snow golf was invented in Vermont

Snow golf is played in the exact same way as golf, with the difference being that the golf course is covered with snow and ice. According to the U.S. Golf Association, snow golf was invented by British journalist and author Rudyard Kipling, who lived for some years in Dummerston, Vermont. The British author used to paint balls in red and hit them into tin cans buried in snow.

9. Vermont is the n°1 producer of marble

Besides being the n°1 producer of maple syrup, Vermont is also America’s first producer of marble, which is the state’s official rock. Established in 1850, Danby Marble Quarry in Vermont’s Dorset Mountain was the first marble quarry to be opened in the United States and is the largest underground marble quarry in the world.

10. The first African American graduated from college was from Vermont

Alexander Twilight was the first student of African American descent to receive a college degree in the United States. Twilight graduated from Middlebury College in 1823. Today, the college is home of a red-bricked building bearing the name of Twilight Hall to pay homage to the student.