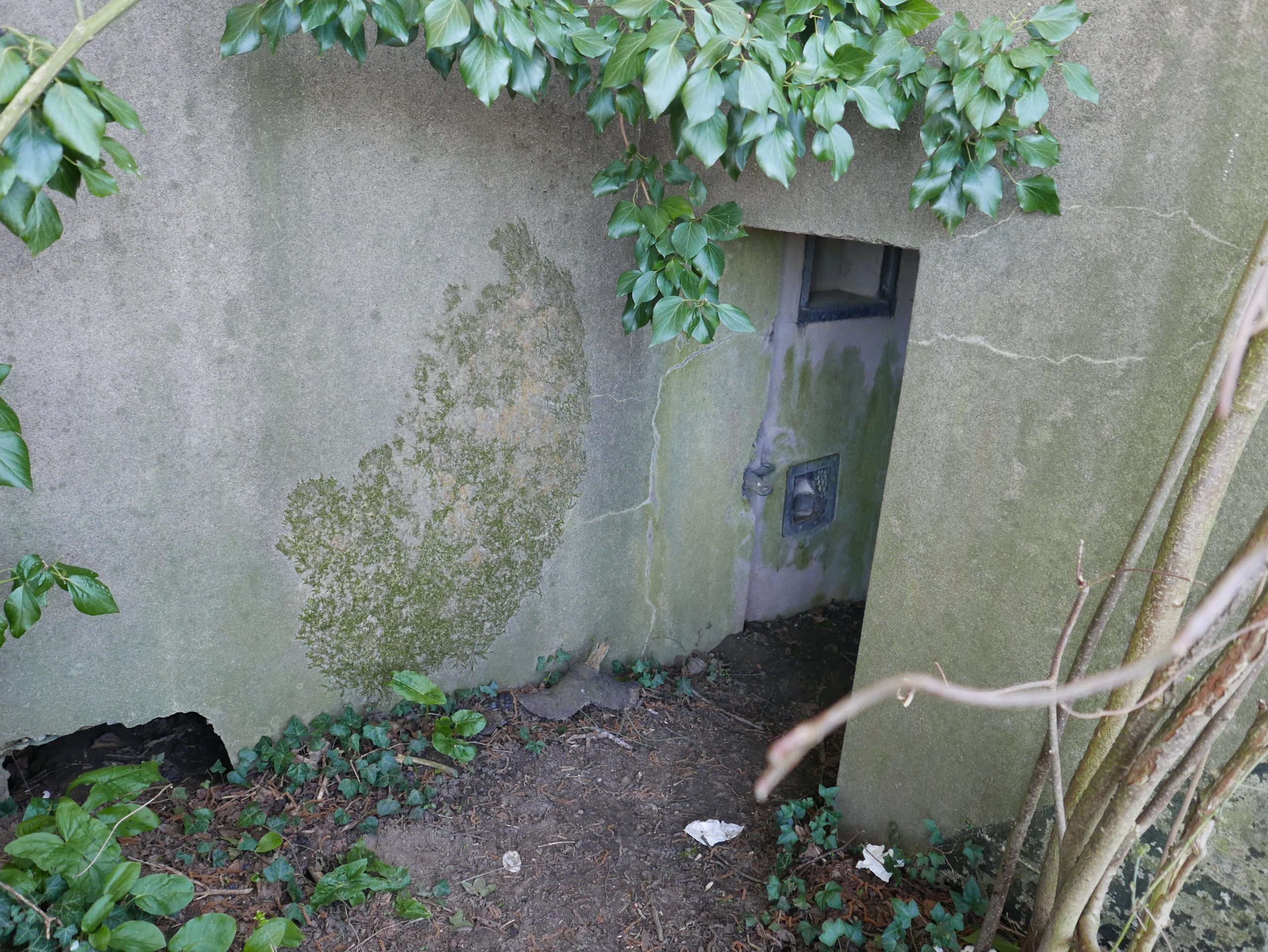 Klankenbos, a different kind of forest

The rolling land around Leuven is peppered with Second World War bunkers. Unlike the monsters of the Atlantic Wall, designed to deter as well as to defend, these are small and tucked into folds in the landscape. Recently, looking for a sheltered spot out of the wind but in the sun, I climbed over one of these bunkers. Spring had not quite arrived, so the trees and vegetation remained largely leafless.

I saw that the bunker marked the end of a long, tall earthwork, usually obscured by trees and briars. I traced the wall – clearly manmade – to its end and realised that the bunker and the earthworks had once formed a cunningly-disguised trap. The wall was an anti-tank defence, impossible to drive over. The hidden bunker’s guns would have had a direct line of fire on any tank that had been halted by the obstacle. Time for a little research!

When Poland was invaded in September 1939, it was clear to Belgium that the Germans would be coming again. The first line of defence was the steep-sided Albert Canal and the natural barrier of the Meuse, with the sturdy Fort Eben Mael at the apex of the various canals and rivers. From September 1939 until May 1940, a new defensive fall back line was planned and erected at great speed. Using various contracting companies and over a thousand workers, more than 400 concrete bunkers and many kilometres of anti-tank obstacles were built, from the fortress of Koningshooikt, near Lier, in the north, to Wavre.

The backbone of this ‘KW line’ consisted of rows of strategically placed combat bunkers. Where possible, canals, railway embankments and floodplains – all difficult obstacles for tanks – were integrated into the positions. Hundreds of acres of land were flooded. Where no existing or natural obstacles existed, additional lines of bunkers were built. Tactically important sites, such as major crossroads, were protected with additional bunkers. Numerous obstacles were erected in front of the bunkers from north to south; kilometres of barbed wire fences, anti-tank obstacles (no less than 73,600 Cointet elements laced together with steel cables, fields of rails and tetrahedra) and trenches.

On 9-10 May 1940, following a daring paratrooper raid on Eben Mael, the Germans rapidly broke through the Albert Canal/Meuse line, forcing the Belgians to fall back to their positions on the KW line between Lier and Leuven. British soldiers manned the section from Leuven to Wavre, and the French held the line between Namur and the French border.

On 15 May, battle was joined near Leuven, with the Belgian and British giving fierce resistance. Just one day later, however, the Allied High Command unexpectedly gave the order to withdraw. The German army had broken through in the south, near Sedan and, in the north, the Netherlands had surrendered. In order not to be surrounded, the allies were forced to abandon the KW line, withdrawing to weaker positions along the Ghent-Terneuzen and Boven-Schelde canals. Belgium would surrender just fourteen days later, on 28 May.

Ironically, the Germans later recycled a lot of the defensive material (especially those Cointet elements) when building the Atlantic Wall. The flooding was drained. The ditches filled in. The fields were returned to farming. And the KW line gradually disappeared back into nature. All, that is, except the bunkers, which mostly survive, and a three kilometre-long concrete anti-tank ditch at Haacht. Like its more famous brother, the Maginot Line, the KW line was never really put to the test, and for similar reasons. If you are going to build a defensive wall, it has to go all the way – even along the borders with your friends.