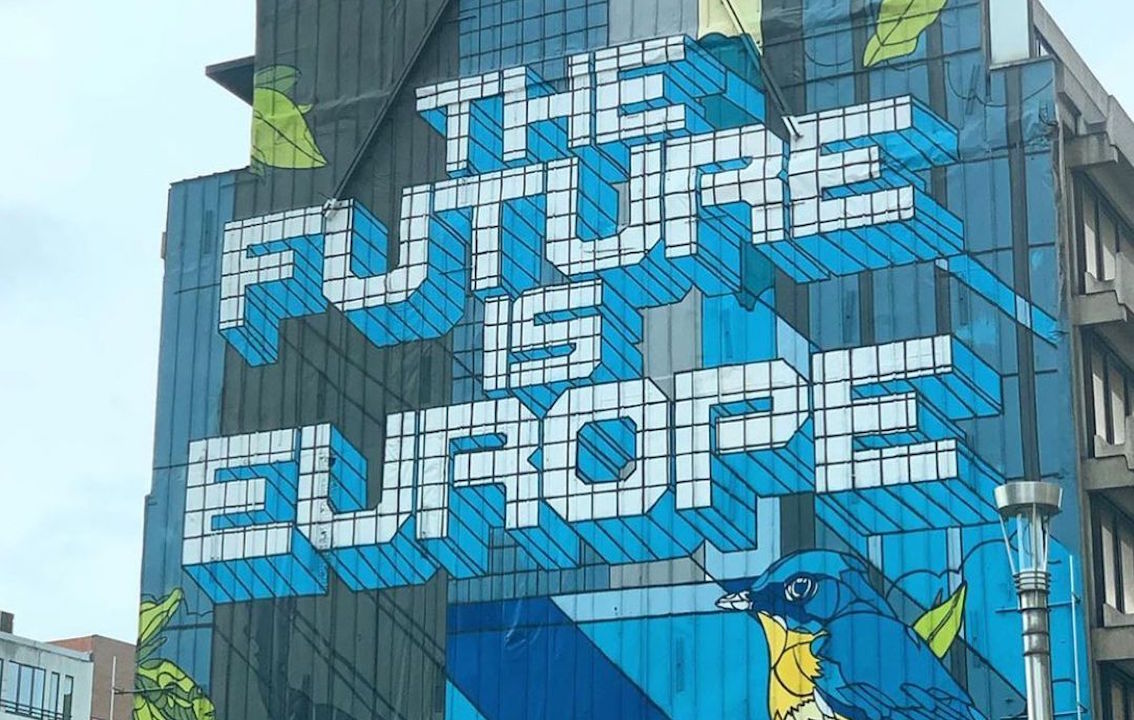 Towards a Code for the Protection of Tourists

When talking about Brussels, the first thing that comes to mind for most people is the city at the heart of the European Union, tying Brussels with the grand buildings of the European Commission and all the institutions as well as business people, diplomats and other officials going around for meetings. Not many people think of the city as the vibrant hub of urban culture and this is exactly what Brussels is – a colourful, cosmopolitan creative centre with street art being one of the main drivers. Brussels is like one big open art gallery showing the work from both local artists and world renowned ones to the passers by. And while sometimes the murals showcased are purely for fun and aesthetics, to spread enthusiasm or a message of positivity, sometimes they carry a strong political and social message. On occasion, Brussels street art provokes a debate, with works containing sexual or violent references, even resulting in the removal of the work in question. In any case, the street art of Brussels does not leave you indifferent, so here are some of the most beautiful ones we recommend seeing!

With one of the most famous sculptures in Brussels being Manneken-Pis a.k.a. the peeing boy statue, did you know that just a few steps away there is his mural counterpart – Manneken Peace. Dressed in a hip-hop outfit, his attire is not coincidental as the 12 meter mural was painted for the 30th anniversary of Belgian Hip Hop.

There are not many cities where comics are as famous as in Brussels. To honour this special love and connection of the city with comic books, street artists in Brussels decided to pay their respect by painting the many walls of the city’s streets with scenes from their favourite comics. You can run into Tintin, the Smurfs or Asterix and the gang. Known as the comic book route, it is also a great way to discover the city as it will lead you through many colourful neighbourhoods such as Sablon, Marolles and Saint Gilles, full of shops, cafes and interesting people it will most certainly charm you and make you love Brussels even more.

Now one of the most recognisable street art areas, the ‘Giants of Anderlecht’ were envisioned as a way for the “de Neerpede” pillars to be recognised as an important place of the urban art scene of Brussels. Within the initiative by the Urbana association, the 16 viaduct pillars were painted by around 20 well-known Belgian artists as a part of the 4th Anderlecht artist festival “Itinérat 2016”.The motifs depicted are different, from the giant mosquito by the Brussels artists Eres and Reset who wanted to play with dimensions to the probably most famous mural of Stromae, true Brussels giant, painted by Steve Locatelli.

When walking around Brussels, it is impossible not to notice the very interesting pencil-shaped character that is looking at you from different corners and is depicted doing a variety of things. Created by urban street art collective which in creation of the works doesn’t only play with the character but also poses a questions about authenticity, justice, support to the artist and other topics relevant to society, the beloved Brussels character even has its own book.

Well it wouldn’t be Brussels if there wasn’t a mural with the topic of Europe included and we love it! Though often considered as one of the less pretty areas of the city, in 2017 the European Quarter received a beautiful addition that has become the symbol of it ever since – a mural painted by Belgian artist NovaDead which was painted on a wall of a building under renovation. The mural looks like it’s a part of the scaffolding with the birds flying across and the positive slogan ‘The Future is Europe’ rising on the top. Stephen Sonneville, the owner of the building is also the creative force behind the slogan which played really well with NovaDead’s idea for the artwork. We can only say – a beautiful mural with a beautiful message in the perfect place.

If you want to enjoy Brussels street art, take a stroll down the Canal – here you will find works by many street artists who contributed to this walkway, such as Dzia, Denis Meyers, Sozyone and others. With the several initiatives continually organising new street art events, the gallery is always enriched by some new artwork.

To cover all the impressive work of the Brussels street art scene we would need to write a book. Luckily, an interactive map is already created where you can have a look of what to see and where, so you can slowly enjoy and discover the extraordinary street art of Brussels.