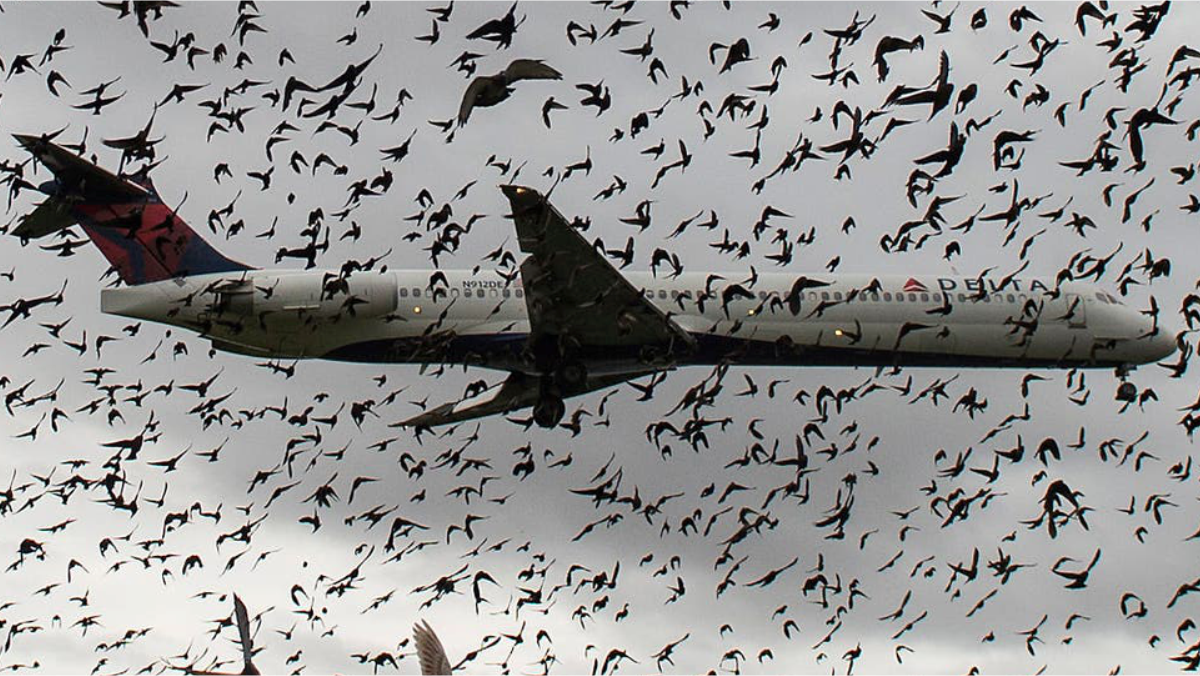 Brussels Airport and skeyes continue to explore the possible uses of drones for bird control at the airport. To that effect, the airport has been conducting tests to monitor the presence of birds and to direct them away from aircraft when necessary. The tests happen in safe conditions during normal operations and will have no impact on the air traffic.

A flock of birds colliding with an aircraft could have fatal consequences. Often time, large numbers of birds will gather next to runways and fly at once when an airplane is taking off, increasing the risk of collisions. According to the Brussels Times fatal collisions are rather unusual, with estimates of one fatal accident per on billion flying hours.

In normal circumstances drones are prohibited at and around the airport, as a stray drone can create dangerous situations for air traffic. In order to explore the possibilities of innovative use of drones, Brussels Airport and skeyes have organized testing days with drones in safe and secure conditions.

During the test days, that started on 9 September, a drone, operated by Citymesh, was used for bird control: to detect, monitor and if necessary, direct birds away from the airport. Birds ought to be kept clear off the runways for their safety and that of the aircraft.

The airport’s Bird Control Unit regularly circles the airport to prevent and monitor animal presence and to keep them at a safe distance. During these test days, the use of a drone as an additional tool to support the Bird Control Unit is tested.

Given the large surface area of the airport and the fact that certain areas are more difficult to reach by car, a drone can be a useful means of inspecting the airport grounds. The drone is used for monitoring, inspection and mapping out locations of birds and other animals. It is equipped with a speaker that replicates the sounds made by birds of prey, acting as a natural deterrent to keep the birds away from aircraft operations.

The goal is to find out if the use of a drone for these tasks can increase the efficiency and to test and evaluate the possibilities of using a drone during normal airport operations.

Drones are normally not allowed in the vicinity of the airport for the safety of the air traffic and skeyes is responsible for authorizing drone flights in the airspace around Belgian airports.

During the test days, the drone flights were carried out in safe conditions, applying efficient and reactive operational coordination procedures established in close cooperation between the air traffic controllers in the skeyes tower and the staff of the Airport Operations Center at Brussels Airport. The drone was used during normal operations, between the take-off and landing of the aircraft.