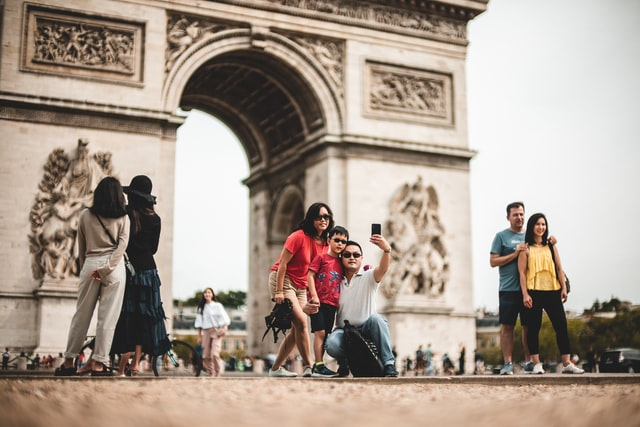 American tourists flock to Europe and save France’s summer

Top 10 US airports with the most cancellations this summer

What are the 5 best connected cities?

France’s summer is being saved by a large number of Americans who have chosen Paris and the French Riviera after two years of restrictions.

The Americans are doing the job.

France is rejoicing with the large number of American tourists flocking to Europe and choosing Paris as a summer destination. “The Americans are doing the job,” said Frédéric Hocquard, Paris Deputy Mayor for tourism. “Meaning that they are coming back en masse and with a lot of money to spend.”

According to the city’s government, North America is projected to be the biggest contributor to the Parisian tourism market this summer, with booking levels almost back to pre-pandemic 2019 levels.

Beyond Paris, tourist workers and government officials across France are thrilled with the arrival of the Americans. ‘The Americans are back’ was indeed the frontpage headline of the Nice Matin, a prominent French Riviera newspaper, on July 6. “They are spending without counting after two years of restrictions,” it reported.

According to a report conducted by research company GfK for Visa, on average, American tourists, mostly visiting in groups, are each spending $402 (400 euros) per day in France, bringing the budget for a 10-day visit to a stunning $7,687, way ahead of any other foreign tourists.

For a while, the French hospitality sector feared the sanctions imposed on Russia would severely impact the tourism sector. The small town of Saint-Jean-Cap-Ferrat, in the French Riviera, has 61 Russian-owned properties which have been frozen by the French government, according to official sources quoted by CNN. Still, the lack of Russian tourists didn’t seem to affect much the south of France.

“It was quite surprising because we felt that a lack of Russian clientele will have an impact on the hotel but finally it did not,” said Bruno Mercadal, manager of Hotel Royal-Riviera, a five-star venue in Saint-Jean-Cap-Ferrat.